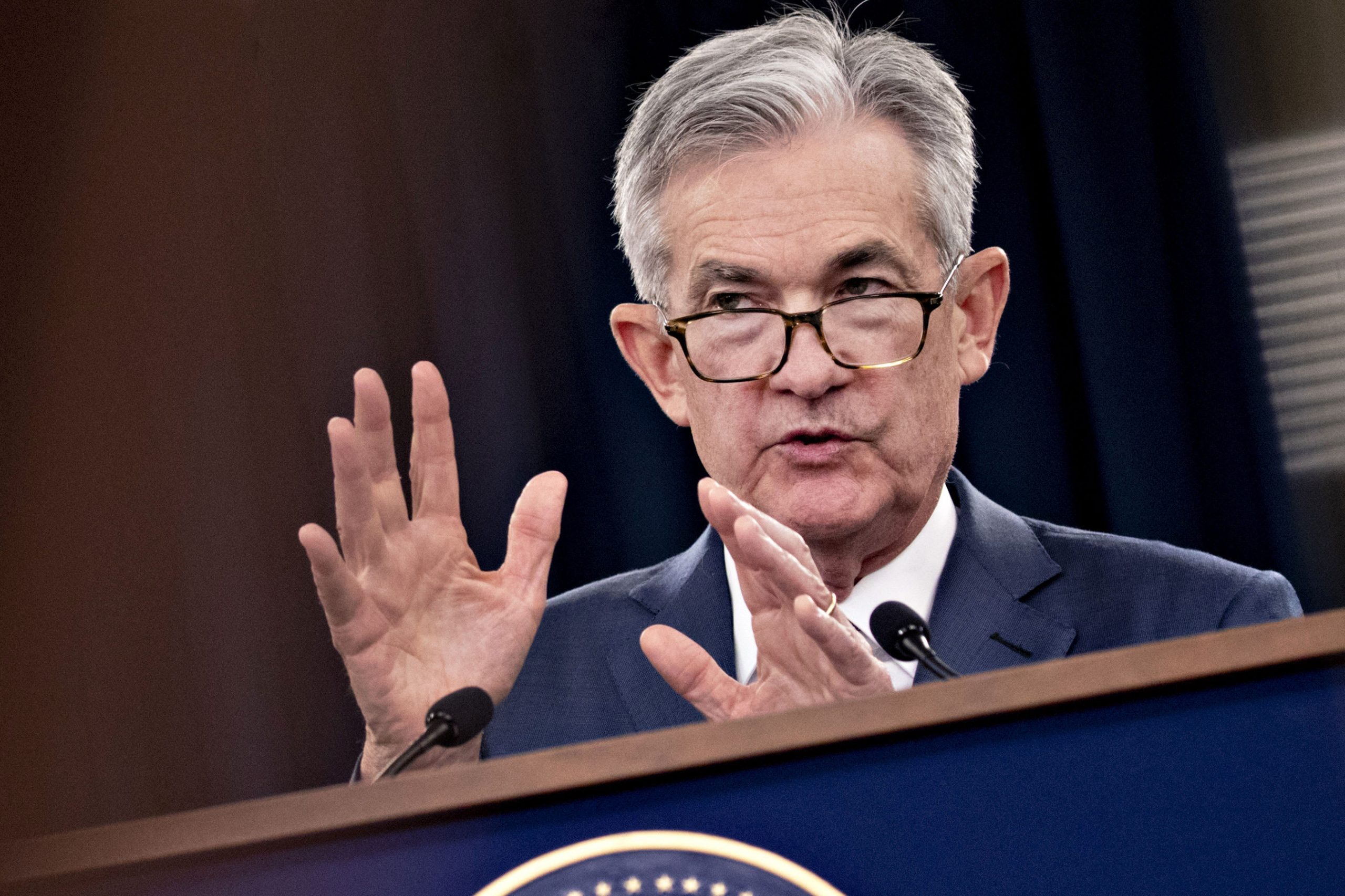 Federal Reserve Chairman Jerome Powell shut down the notion that the Fed would use negative rates as a tool to combat future economic weakness.

“I do not think we’d be looking at using negative rates, I just don’t think those will be at the top of our list,” Powell told reporters on Wednesday after the Federal Open Market Committee meeting, when asked about what tools the Fed would consider using if economic weakness continues.

Powell said the Fed entertained the idea of negative interest rates during the financial crisis, but opted against it. Instead, the central bank used a lot of aggressive forward guidance and large scale asset purchases.

“If we were to find ourselves at some future date again at the effective lower bound, again not something we are expecting, then I think we would look at using large scale asset purchases and forward guidance,” Powell added.

“We feel that they worked fairly well,” said Powell. “We did not use negative rates.”

Powell’s sentiment contrasts many of the central bankers around the world. More than $17 trillion worth of government bonds trade at negative yields, as monetary policymakers scramble to react to a slowing economy.

Economists have debated whether the U.S. could get sucked into the global trend if weakness persists, but Powell clarified the Fed would not be taking that approach if the economy continues to slow.

President Donald Trump has been vocal about wanting the Fed to get U.S. interest rates closer to the current global standard.

“The Federal Reserve should get our interest rates down to ZERO, or less, and we should then start to refinance our debt,” Trump tweeted earlier this month.

Before the press conference on Wednesday, the central bank approved a quarter-point interest rate cut.

The FOMC announced that it would take down its benchmark overnight lending rate to a target range of 1.75% to 2%. That comes nearly two months after the policymaking Federal Open Market Committee went ahead with its first cut since the financial crisis.