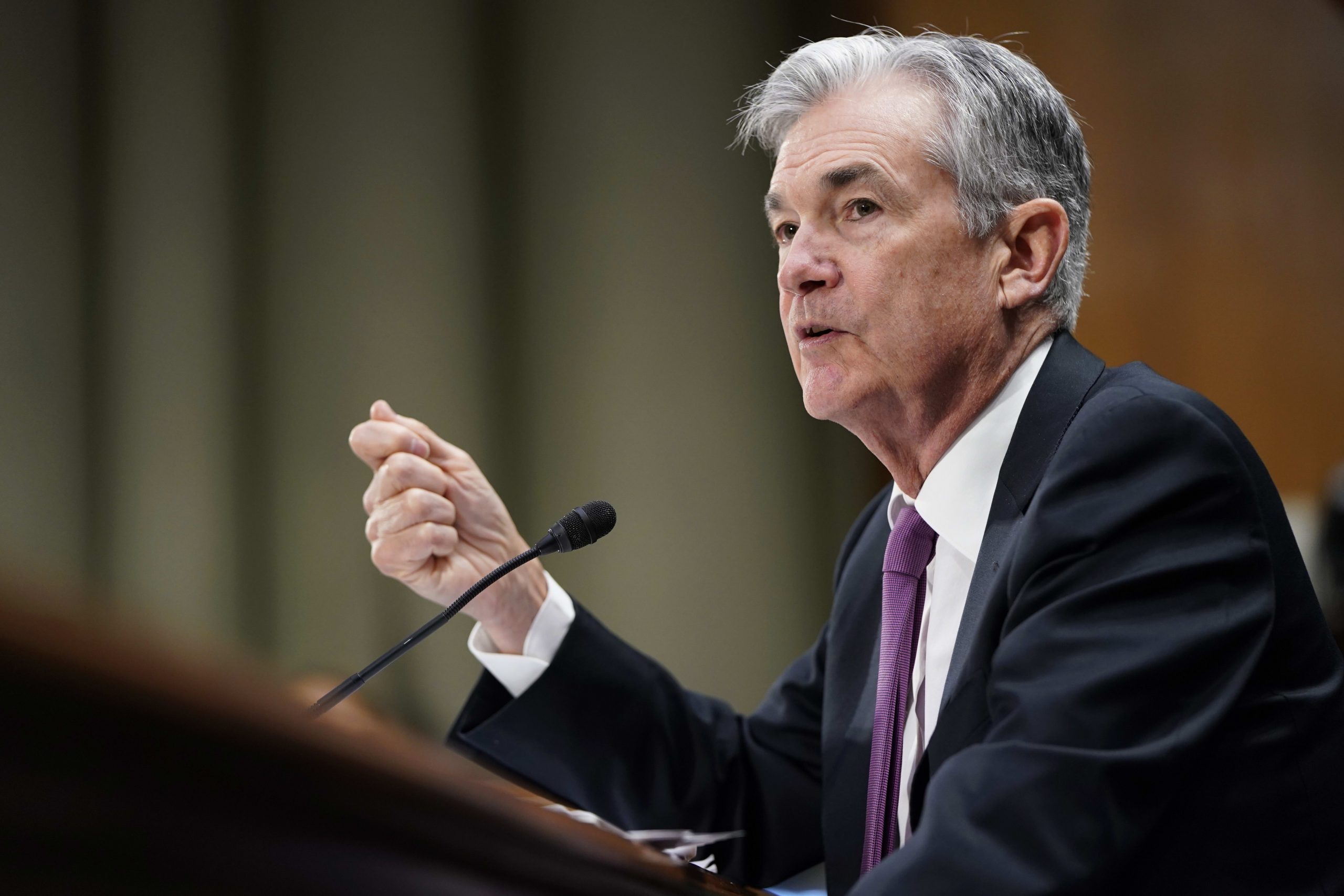 Federal Reserve Chairman Jerome Powell said Wednesday that the Fed may have to resume the organic growth of its balance sheet sooner than expected to help ease money markets.

Earlier this year “the Committee announced the decision to implement monetary policy in an ample reserves regime,” Powell added. “The main hallmark of that regime is that we use adjustments in our administered rates … to keep the fed funds rates in the target range.”

Powell’s comment that the central bank may have to start to organically grow the size of its balance sheet comes after officials said earlier this year that they were considering a new program that would allow banks to exchange Treasurys for reserves. Such a move, they hoped, would guarantee liquidity during difficult times but also would help the central bank decrease the size of its nearly $4 trillion balance sheet.

But deciding precisely how many securities the Fed should hold remains a matter of fierce policy debate.

For example, Powell’s 2018 comments that the Fed’s balance sheet reduction was on “autopilot” sparked a market meltdown that soured markets for much of the quarter. Since October 2017, the Fed has been allowing a set level of proceeds from Treasurys and mortgage-backed securities holdings to roll off each month.

The reduction, though gradual, curbs the amount of money available to banks at any one time and can sometimes lead to spikes in interest rates when cash isn’t immediately available. That happened earlier this week, when the effective federal funds rate on Tuesday rose above the upper bound of the central bank’s targeted overnight range.

The rare spike in rates compelled the Fed to jump in with money market operations aimed at reining them in. After the second such operation Wednesday morning, short-term rates appeared to stabilize.

“For the foreseeable future, we’re going to be looking at, if needed, doing the sorts of things we did in the last two days, these temporary open market operations. That’ll be the tool that we use,” Powell said.

“And the question will be, then, as we go through quarter-end, as we learn more, how much of this really has to do with the level of reserves.”