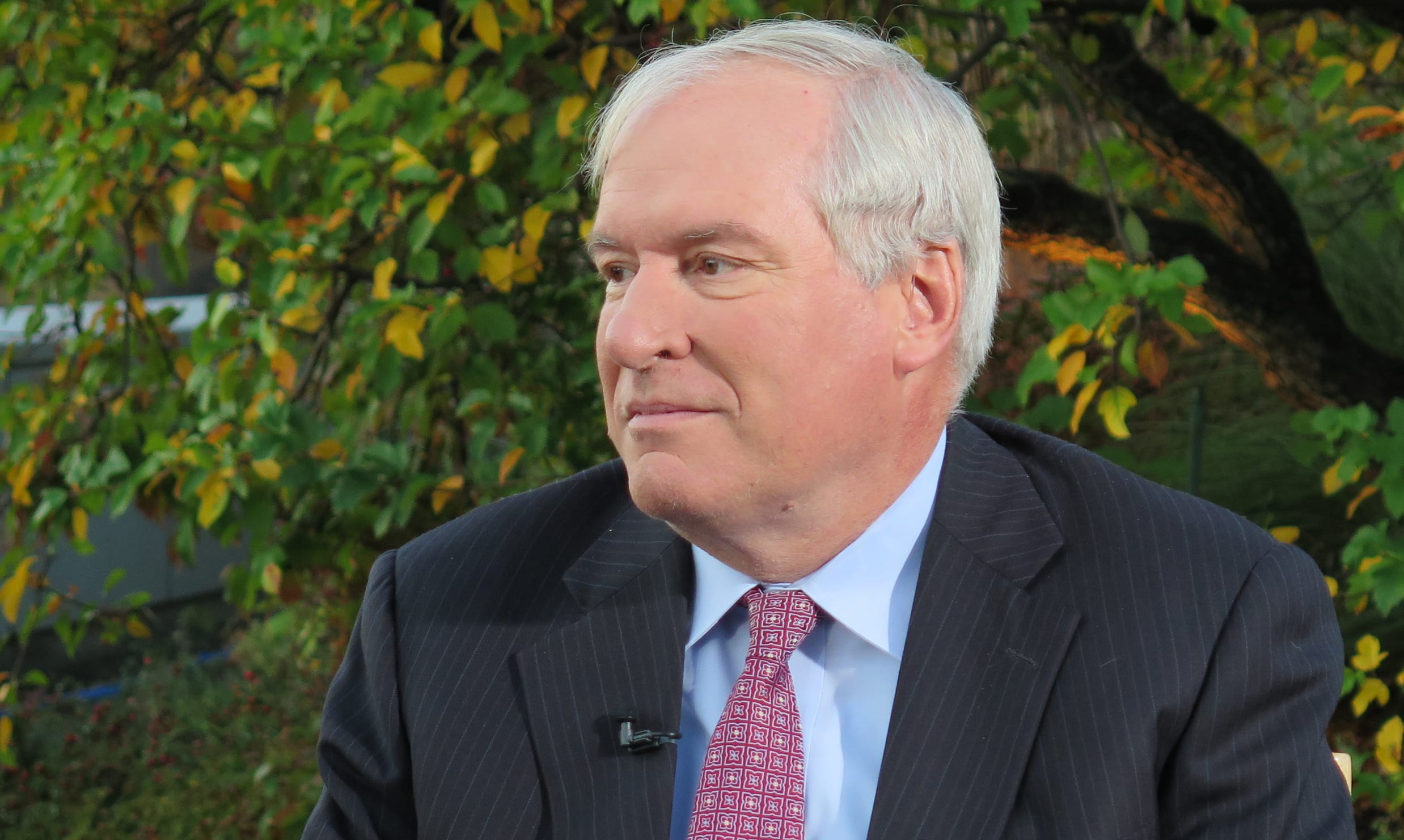 Rosengren was one of two central bank officials to vote against Wednesday’s quarter-point rate reduction, and explained in a speech to the Stern School of Business at New York University that lower rates could do more harm than good now.

“One potential cost of increased accommodation is that very low rates can encourage households and firms to take excessive risks,” he said in prepared remarks. “This could show up in the form of increased household and firm leverage, with prices for risky assets reaching levels that may not be sustainable over time.”

In addition to household risks, Rosengren also cited the dangers low rates pose to industries like office sub-letters. He does not mention any companies by name, but the model is employed by WeWork, whose controversial initial public offering has yet to launch amid a series of concerns.

Cutting rates “is unusual in what appears to be a fairly robust economy,” he added, citing the 2% or so growth pace and unemployment at a 50-year low. “Typically the federal funds rate is pushed below the level policymakers expect it to be in the long run only during economic downturns.”

Risky asset prices such as stocks “already seem inflated” so rate cuts “have the potential to amplify a downturn, should it occur.”

Along with the surge of risk assets, Rosengren also expressed potential problems ahead in commercial real estate, based on evolving economic models. He specifically cited bank loans to companies involved in “co-working” or leasing working space then subletting to other companies, like the WeWork model.

Such arrangements would get hurt quickly in a downturn and jeopardize those bank loans, he said.

“The incentive to take on more leverage and to reach for yield can be costly – but the costs are apparent only when a downturn occurs,” he said.

There were two other no votes on the rate. Kansas City Fed President Esther George also thinks the Fed doesn’t need to loosen policy, while St. Louis President James Bullard advocated for an even more aggressive 50 basis point cut.

Officials in favor of the 25 basis point move lower cited the global slowdown as well as low inflation. However, Rosengren said some measures, like the Consumer Price Index, show inflation already is above the Fed’s 2% target. Markets are pricing in one more cut before the end of the year, though committee members this week expressed deep division over whether that will happen.

“The market apparently believes the economy needs added stimulus to continue the expansion. My own view is different,” Rosengren said. “The data we have in hand suggest instead that the recovery would continue apace even with little monetary policy accommodation.”