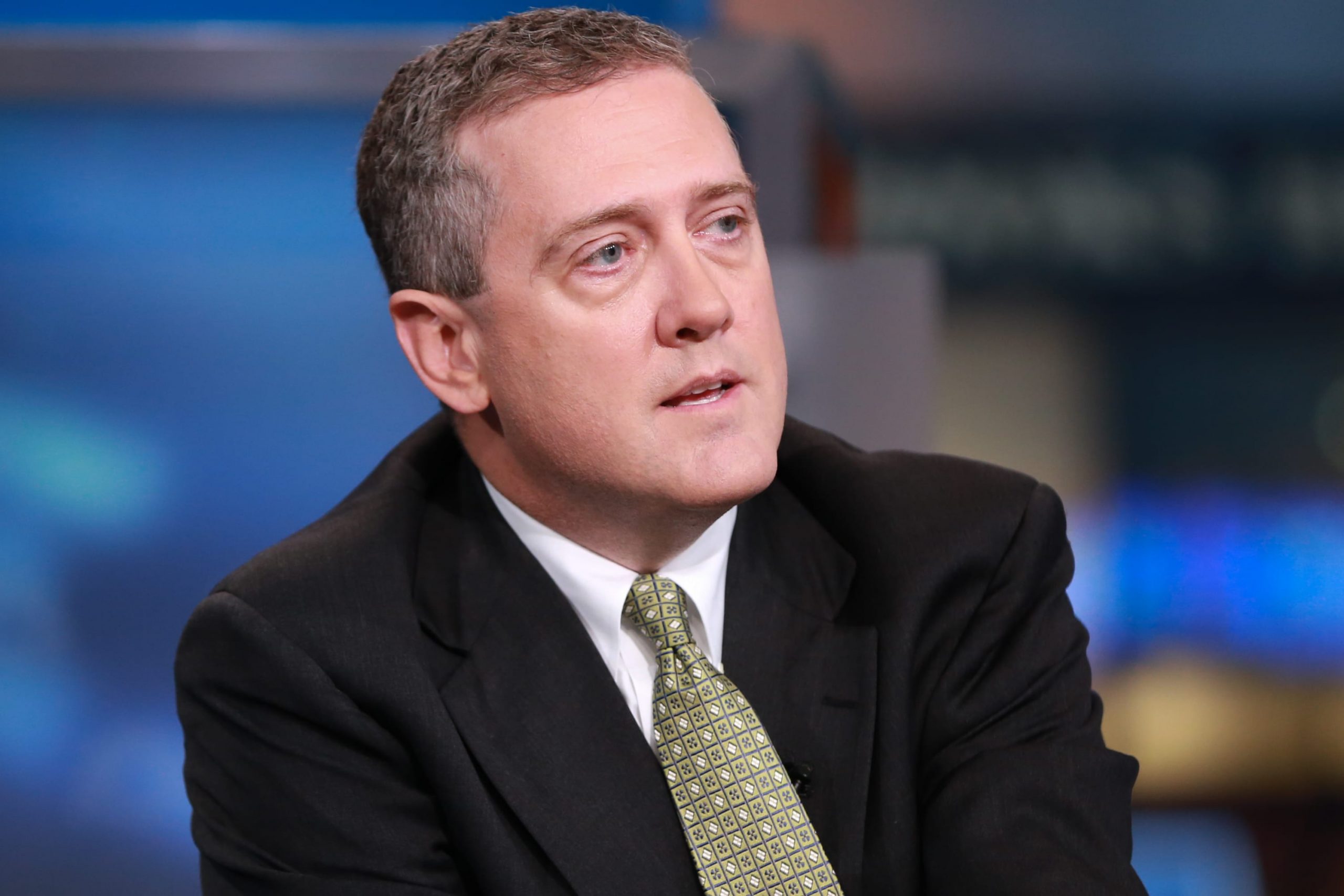 St. Louis Federal Reserve Bank President James Bullard said he argued for a deeper rate cut than his colleagues approved earlier this week because he fears that the economy is slowing and manufacturing “already appears in recession.”

Separately, Boston Fed President Eric Rosengren also explained his dissent, which came not because he wanted even lower rates but rather because the thought the central bank did not need to adjust rates at all. Rosengren said he worried that pushing rates lower risked inflating asset prices and household debt.

The policymaking Federal Open Market Committee on Wednesday approved a 25 basis point cut that took the target range for the central bank’s overnight borrowing rate to 1.75% to 2%.

He said that “there are signs that U.S. economic growth is expected to slow in the near horizon. Trade policy uncertainty remains elevated, U.S. manufacturing already appears in recession, and many estimates of recession probabilities have risen from low to moderate levels.”

President Donald Trump’s “trade policy uncertainty remains elevated” while the inversion of the bond yield curve also is pointing to an elevated chance of a recession over the next 12 months.

In a statement released after the rate cut, the FOMC again noted uncertainty surrounding the global economy as well as inflation that remains below the Fed’s 2% target, even though the core consumer price index has risen 2.4% over the past year. The Fed’s preferred inflation gauge is the personal consumption expenditures index, which is around 1.6%.

Trump has been pushing the Fed for more aggressive action, but Bullard is the only voting FOMC member who dissented from this week’s vote in favor of lower rates. Two other no votes came from Rosengren and Esther George of Kansas City, but they both wanted the committee to keep rates steady.

“Additional monetary stimulus is not needed for an economy where labor markets are already tight, and risks further inflating the prices of risky assets and encouraging households and firms to take on too much leverage,” Rosengren said in a statement posted on the Boston Fed’s website. “While risks clearly exist related to trade and geopolitical concerns, lowering rates to address uncertainty is not costless.”

However, there are signs of deeper divisions among the committee.

The “dot plot” of individual members’ expectations for rates showed that seven members expect another rate cut this year, while five wanted no change from the previous level and five more approved of this week’s cut but anticipate no more reductions this year.

“It is prudent risk management, in my view, to cut the policy rate aggressively now and then later increase it should the downside risks not materialize. At the same time, a 50 basis point cut at this time would help promote a more rapid return of inflation and inflation expectations to target,” Bullard said.