The precious metal remains trading within the established corridor of 1508 and 1485. If gold prices settle within this range today, it would mark almost two weeks of flat trading. The bias remains mixed for the moment. The upside gains are a bit limited. A lower high could possibly confirm that a correction is due. While a breakout to the downside will trigger a move to the 1431 – 1428 region. 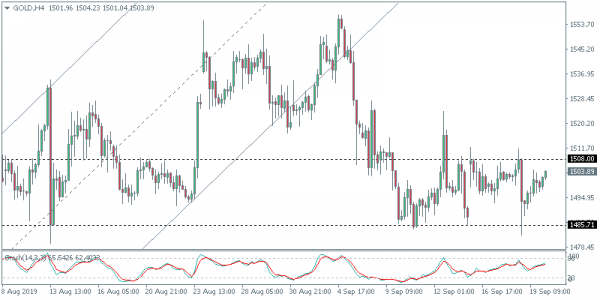