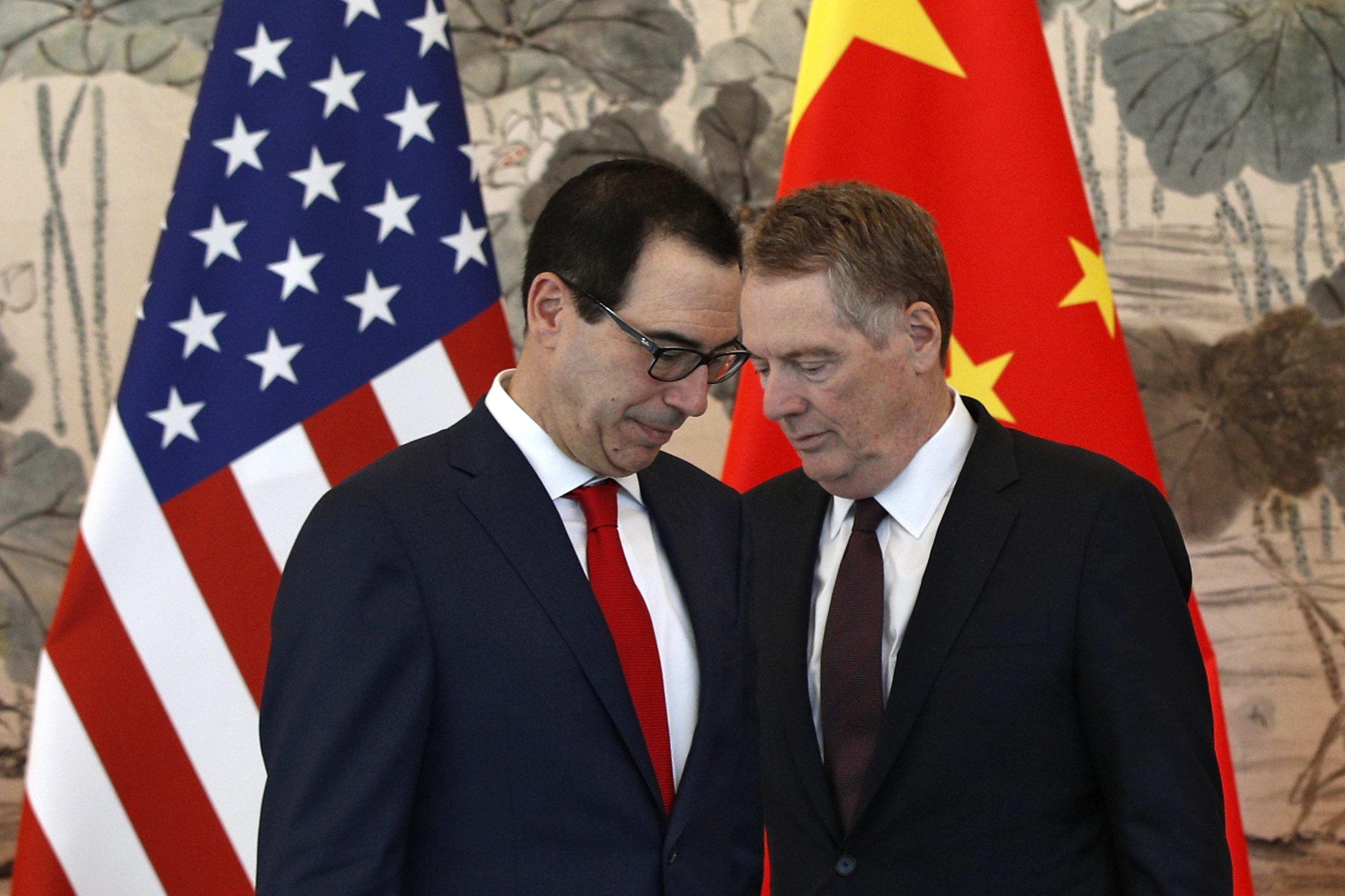 U.S. Treasury Secretary Steven Mnuchin and U.S. Trade Representative Robert Lighthizer arrive for a group photo session after a meeting with Chinese Vice Premier Liu He in Beijing on May 1, 2019.

That’s according to three documents set to be published on Friday by the Office of the U.S. Trade Representative. The news was first reported by Politico.

The exclusions include things like Christmas tree lights, plastic straws, dog leashes and printed circuit boards, for a total of 437 types of products. They are part of the $250 billion worth of Chinese goods that the U.S. hit with tariffs last year. It was not immediately clear how large a portion of the overall tariffs is covered by the exclusions.

The exemptions stem from more than 1,100 exclusion requests made by companies and other entities in the United States, according to the documents.

This doesn’t seem to be an immediate shift in US trade policy … It’s more in consideration of the trade war impact on the domestic U.S. economy than a concession to China.

The world’s two largest economies have been locked in an escalating trade dispute for more than a year, in which both sides have levied tariffs on the other’s goods. The release of the exemptions comes as mid-level U.S. and Chinese government officials meet in Washington in preparation for high-level talks expected in October.

“The latest exemptions are a tacit acknowledgement by the US of the damage being done to domestic interests by the imposition of tariffs,” Stephen Olson, research fellow at the Hinrich Foundation, said in an email.

“The timing however is interesting,” he said. “It suggests that both sides have determined that further escalations are not desirable right now, so they are trying to create positive atmospherics before the October round of negotiations, in the hopes that those talks will at least forestall any further deterioration,” said Olson.

The documents lay out three sets of exclusions:

Last week, China’s Ministry of Finance announced it would exempt 16 U.S. product lines from tariffs. Trump subsequently said he would delay increasing tariffs on $250 billion worth of Chinese goods by two weeks, to Oct. 15.

“This doesn’t seem to be an immediate shift in US trade policy, as the US had previously offered some type of tariff exemptions to qualified US goods,“ Nick Marro, global trade lead at The Economist Intelligenc