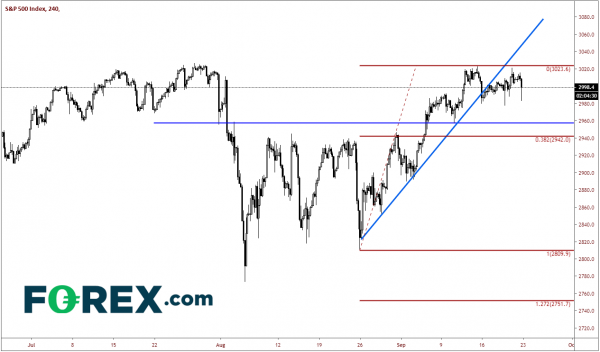 It appears China may not be buying more agriculture products from the US any time soon as both the Montana Farm Bureau and the Nebraska Department of Agriculture have said that the Chinese delegation has canceled visits with them and is returning to China sooner than expected.  This comes   after US President Trump said Chinese agricultural purchases will not be enough to complete a deal with China.  He also said that he does not need a deal before the 2020 election and that China is “eating” the tariffs. The US Dollar pulled back after the announcement that China was leaving early. The DXY was on a one way move higher all morning trading from 98.13 to 98.63.  However after the announcement, it pulled back to 98.49.  Given that DXY remained within its tight range that it has been in all week, today’s move was unspectacular.  The US Dollar Index has traded between 98.13 and 98.74 most of the week.  It will take a breakout from either of these levels to determine the direction of the next move. Things should be interesting over the weekend if comments, headlines, and tweets continue to come from the White House regarding China, or if there is a verbal response from China.   Watch for possible gaps on the reopen.