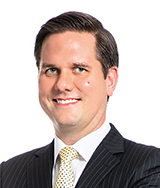 When India’s finance minister Nirmala Sitharaman made her maiden budget speech in early July, she announced a plan to increase the tax on investments held by high net-worth individuals, foreign portfolio investors and alternative investment funds.

Tax rates for both primary and secondary investments would increase from 15% to 25% for non-corporate taxpayers with an income of between Rp20 million ($279,000) and Rp50 million, and to 37% for those with income exceeding Rp50 million.

Sentiment among equity investors soured instantly. Overseas funds withdrew more than $3 billion after the announcement, and the domestic equity markets fell in response to the news. A few weeks later, Sitharaman told local media the government would scrap the planned tax increase – a much lauded move.

“Although delayed, the withdrawal of the enhanced surcharge rates for certain investments in the Indian capital markets should definitely provide some respite to investors,” lawyers at India’s Khaitan & Co said in a note published in late August.

“It boils down to a mismatch of expectations between the government and the market after the national elections,” David Cameron, partner and co-chair of the India practice group at law firm Dorsey & Whitney, told Asiamoney’s sister publication GlobalCapital Asia.

“The government says it got an A+ grade based on its past performance, but the market wants more measures to keep the economy healthy,” he adds. “What you don’t want to do is implement this tax in a weak market and suffocate it.

“The government misjudged this. They realized things aren’t as positive as they thought, so they backtracked on the increase in tax.”

Cameron points to the slow pace of ECM deal flow in the country as an example of weak market conditions. Things started to slow down about a year ago, ahead of national elections that took place between April and May this year. The environment changed for the worse about six months ago over fears of a fractured government.

When the election results came out, a resounding victory for incumbent prime minister Narendra Modi changed the tone for the market yet again.

But deals didn’t immediately follow because issuers and ECM bankers were caught off guard by the election results as well as choppy conditions globally. For instance, India ECM volumes slipped from $15.1 billion in volume from 183 transactions last year to August 29 to $12.2 billion from 101 deals in the same period this year, according to Dealogic.

Between June and August this year – the months immediately after the election – ECM volumes were $3.38 billion from a total of 37 deals, versus $4.5 billion and 44 deals during the same timeframe in 2018.

It’s not just the primary market that has suffered. Secondary performance has also been disappointing, with recent listings slumping in the aftermarket. But since the government’s decision to withdraw the increase in the levy, India’s main stock indices – the NSE Nifty 50 and the BSE Sensex – have both rallied, along with some of the debut IPOs.

The government flip-flop was also driven by one other main factor: the announcement in late August that the Reserve Bank of India is transferring $25 billion from its coffers to the government. While this has raised concerns about the central bank’s independence, it was also something that probably propelled the reversal on the higher tax.

“There are talks of using those [RBI] funds as a stimulus,” says Cameron. “It will be contradictory of the government to implement the tax on the one hand, and at the same time take money from the RBI and use it as stimulus.

“The government needs to do everything it can to stimulate the markets. The market wants them to have carte blanche to support initiatives for growth rather than measures like the tax that can weaken the market.”

One head of ECM syndicate at an international bank in Hong Kong adds that the tax withdrawal would have a “positive impact” on the ECM market. However, a Mumbai-based head of equities at an Indian bank says that while the reversal is good, the market suffers from other issues too.

He points to waning demand for IPOs from domestic mutual funds, typically big participants in listings, who have been burnt by the underperformance of the equities market.

“It’s not a story just about foreign investors and the tax,” he says. “It’s also about domestic mutual funds not coming in to IPOs in strength because they are carrying big mark-to-market losses. They would rather buy already listed stocks at below the issue price, rather than invest in new stocks they aren’t familiar with.”