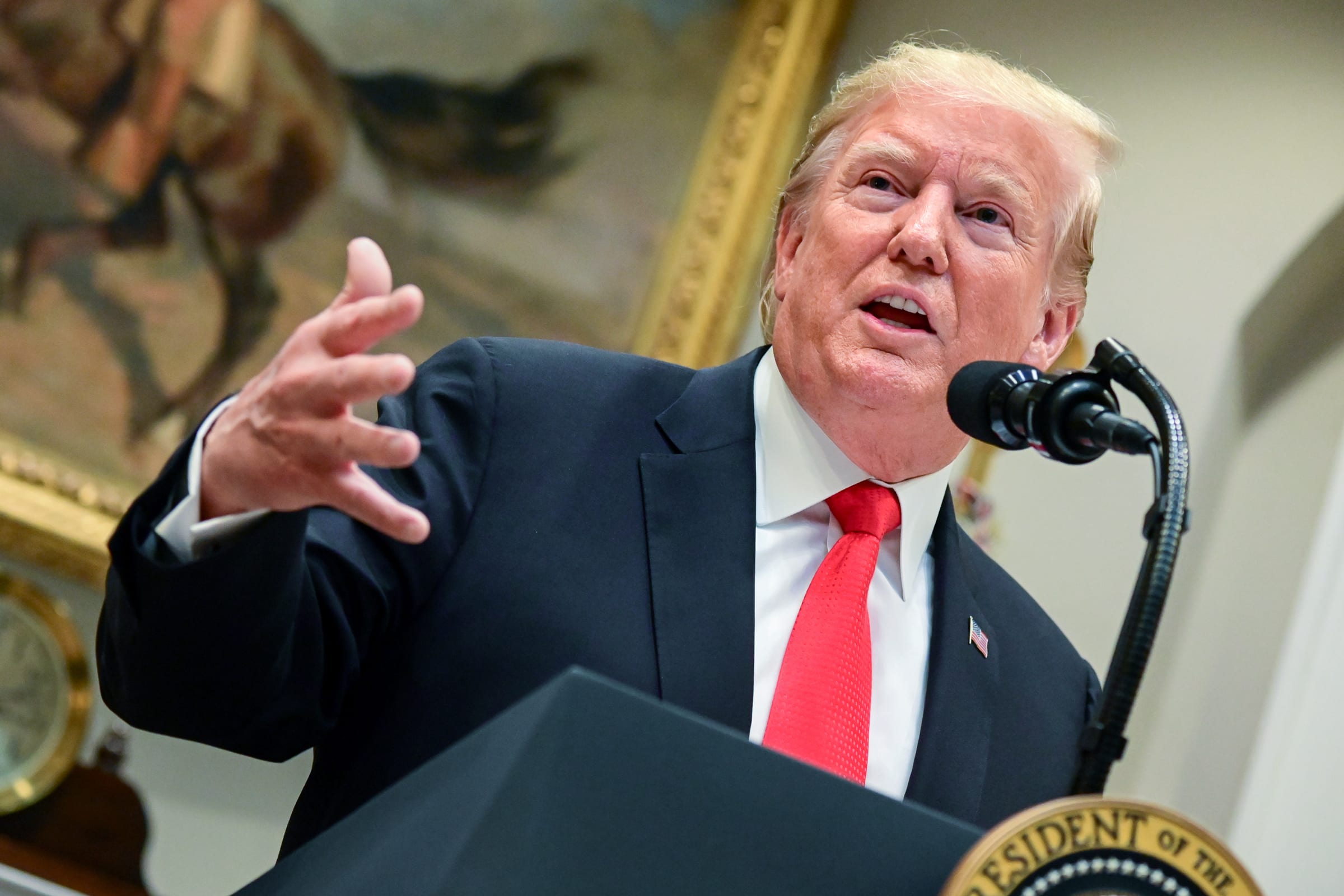 President Donald Trump’s blistering and persistent attacks on the Fed are influencing how markets see interest rates and threatening the central bank’s independence, according to a new paper from the National Bureau of Economic Research.

The conclusion came from looking at the the shift in Fed funds futures contracts over short and longer terms and their reaction to Trump tweets criticizing the central bank. The funds market is where traders bet on where the Fed’s benchmark overnight lending rate will land. Policymakers watch for changes in how markets view where interest rates are heading.

The president began taking shots in April 18 at monetary policy that he thought was pushing up the dollar and making the U.S. less competitive globally, where zero interest rates prevail.

Among other things, he has called Chairman Jerome Powell “clueless” and Fed officials as a whole “boneheads.”

Beyond the aesthetics of the name calling, the NBER paper said the president’s hectoring is moving markets.

“Overall, we find strong evidence that the consistent pressure applied by President Trump to pursue more expansionary monetary policy is manifested in the market expectations of a lower target rate, forecasting a steady erosion in central bank independence over the course of his presidency,” said the paper, authored by economists Francesco Bianchi of Duke University and Howard Kung and Thilo Kind at the London Business School.

“Our findings that market participants do not perceive the Federal Reserve as independent from the executive branch has indirect, but important, consequences for the actual autonomy of the central bank,” they added.

Quantifying the impact, the economists said the 30 or so tweets have knocked about 0.30 basis points per tweet off the Fed funds futures contract, or 10 basis points overall. They deemed the impact “sizable” considering the Fed typically moves its rate 25 basis points at a time.

The Fed hiked rates nine times from December 2015 through December 2018, then cut twice this year. However, Trump has pushed for more aggressive reductions and even has suggested that the Fed restart its asset purchase program known as quantitative easing.

The NBER researchers said that even if Trump “does not directly influence Fed decisions, his political pressure can still affect policy indirectly by changing market expectations regarding the Fed.”