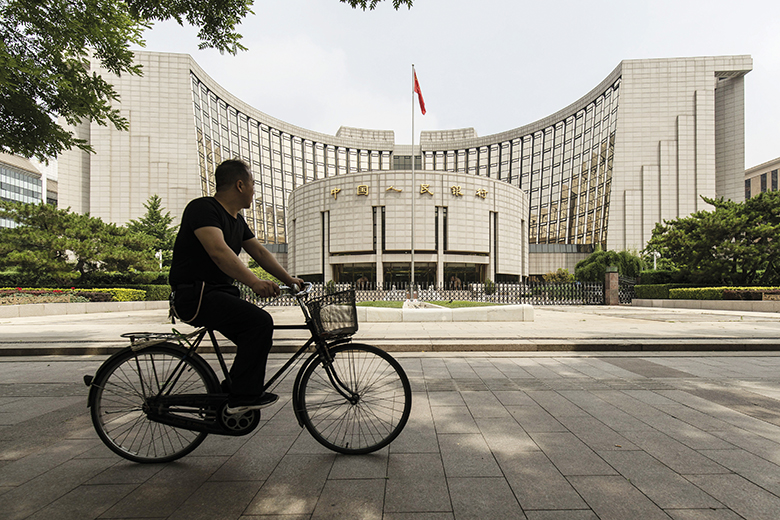 The People’s Bank of China (PBoC) has reformed the loan prime rate (LPR), turning what was previously a sideshow in the domestic monetary system into the main reference rate for loans. The new LPR will be updated monthly and will be based on indicative quotes from 18 banks’ loans to their prime clients, with both the highest and lowest figures removed.

The move means that China’s domestic loan market will finally break free from a reference rate that has not changed since October 2015: the central bank’s one-year lending rate of 4.35%.

The reform does two things. First, it uses another rate as the benchmark. Instead of using this one-year lending rate, the central bank says it will use LPR. Second, it changes the way LPR is calculated.

The purpose of the long-awaited rate reform is twofold: to lower the funding cost of the real economy and to make the country’s benchmark interest rate more market-driven, according to an official statement from the PBoC.

So far, the impact seems negligible. The central bank announced the first pair of LPR numbers after the reform on August 20. The one-year LPR was set at 4.25%, just 10 basis points lower than the one-year lending rate. The above-five-year LPR, a new creation, was set at 4.85%.

There are questions about quite how much the reform opens up interest rates to market movements. It is clear the new reference rate is a big step forwards, but the mechanism of setting the rate gives the central bank more control than it previously had.

The new LPR quotes will be based on a second reference rate: the medium-term lending facility (MLF) rate, which is the price the central bank charges when providing large commercial banks with liquidity.

While cutting the one-year lending rate would require the PBoC to embark on a long process of seeking approval from the State Council, the central bank has complete control over the MLF rate, Asiamoney understands.

And although determining the LPR appears to involve the market more than the old benchmark rate, bankers were quick to point out that China’s banking system is still guided by a large, very visible hand.

Without lowering the benchmark deposits rate, how can you expect the banks to actually lower their lending rates?

In theory, the spread between MLF and LPR should take into consideration each bank’s own cost of funding and overall liquidity. But the 18 quoting banks will likely follow the party line and echo the central bank’s call to cut borrowing costs by submitting lower LPR quotes, according to Ting Lu, chief China economist at Nomura.

At least one banker at one of the big four state-owned banks echoed that message: “The logic of the banks is this: previously the LPR was 4.31% and mother PBoC wants to lower the funding cost for the real economy. Let’s respond to the call and slightly lower the LPR by a couple of basis points. How about 4.25%? Sounds good. Then they will calculate the spread from the MLF rate. It’s a reverse process.”

Analysts expect MLF rate cuts in the near future to guide the LPR lower. After all, the MLF is still trailing some 120bp above the same tenor Shanghai Interbank Offered Rate, which is fully determined by the market.

The central bank laid out a separate set of rules for mortgage rates on August 25. For first-time home buyers, rates cannot be lower than the most recently published LPR. For buyers of second homes and commercial properties, the rates must be at least 60bp above that benchmark.

Lastly – and here is the rule that onshore bankers recognize as the most important of the three – provincial offices of the PBoC can set a higher floor based on local conditions. The end goal, the PBoC said, is to make sure mortgage rates remain stable.

The move could also lead to unintended consequences. As returns on loans fall, banks may be incentivized to increase their risk appetite, for example by shifting their investments to high-yield bonds.

According to Moody’s analysts Yan Li and Minyan Liu, the move will lead to weaker asset quality, a credit negative.