China’s economy may be headed for another low 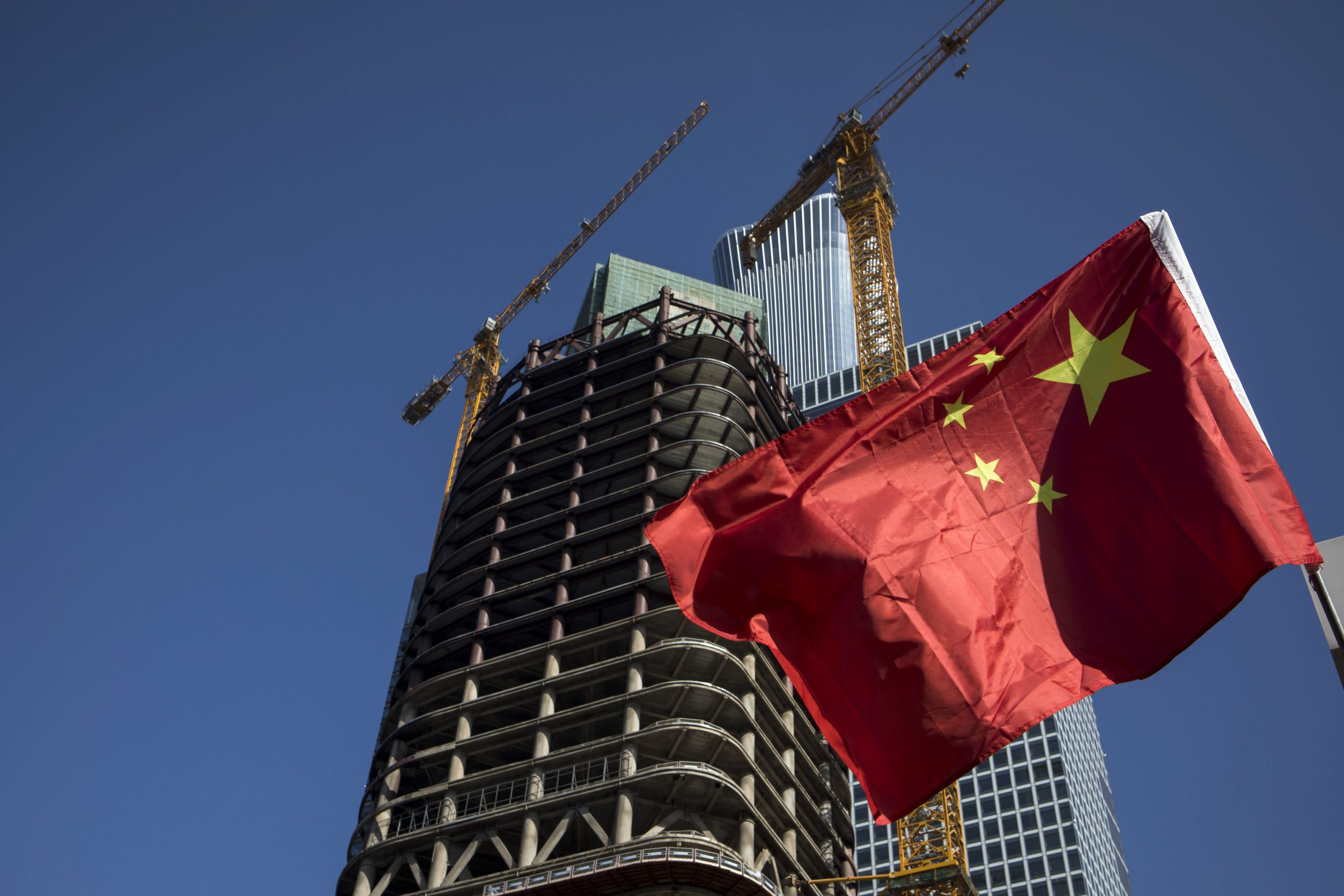 A Chinese national flag flies in front of a building under construction in the central business district of Beijing, China.

BEIJING — China’s economic numbers in the last few months have disappointed expectations but the worst is not over — analysts are expecting third quarter data to come in even weaker than than before.

“Nationally, revenue, profits, output, sales volumes, and job growth all slowed from a quarter ago, as did both domestic and export orders,” the report said, citing China Beige Book’s survey of more than 3,300 Chinese businesses.

Critically, the firm found that debt levels remain on the rise, with bond issuance climbing to its highest in the history of the survey.

The ratio of the so-called “shadow banking” to overall borrowing was also at the second-highest on record. Shadow banking refers to unregulated lending activities that are often present higher risks as they are subjected to less regulatory oversight.

“Borrowing is still high. This could offer some relief next quarter. Any fears of further labor market stress could result in Beijing pushing firms to staff up as credit is doled out,” Shehzad Qazi, managing director of China Beige Book International said in an email. “That said, any comparison (in economic growth) with very weak Q418 will look comparatively better than it should.”

Last year, China’s official numbers — which are frequently doubted — showed fourth-quarter growth came in at 6.4%, dragging the annual rate to its slowest since 1990 at 6.6%.

Borrowing by manufacturers is so widespread that one view is: nearly every firm surveyed has borrowed this year.

Stimulus yet to be felt

His reasoning is that government policies didn’t really come into play in the first half of the year, and the effect of supportive measures such as tax cuts will take time to be felt, according to CNBC’s translation of Zhang’s Mandarin-language remarks at a press event last week.

Zhang expects gross domestic product to increase 6.1% in the third quarter and 6.2.% in the fourth, bringing the annual total to between 6.2% and 6.3%.

Percentage points aside, it’s unclear how effective the Chinese government will be in its efforts to balance supporting the economy with reducing reliance on debt for growth.

By the end of June, China had achieved more than half its goal of cutting taxes and fees by about 2 trillion yuan ($280.93 billion) this year, said Liu Shangxi, president of the Chinese Academy of Fiscal Science, a research institution under the Ministry of Finance. He was speaking earlier this month at the China Development Forum in Beijing.

However, he pointed out that the announcement and initial implementation of tax cuts was unable to keep the economic growth rate from slowing in the second quarter, partly due to external factors.

“The direction of current macroeconomic policy and the completion of the tax and fee cut policy (should focus on) increasing confidence and further stabilizing business expectations,” Liu said, according to a CNBC translation of his Mandarin-language remarks.

Trade tensions with the U.S., once China’s largest trading partner, have significantly added to economic uncertainty in the last year. Many analysts are also quick to note that much of China’s economic slowdown is due to domestic reasons, such as the government’s attempt two years ago to reduce reliance on debt for growth.

Earlier this month, Premier Li Keqiang maintained the official growth target range of 6% to 6.5% while noting that it would “not be very easy” for China’s economy to grow faster than 6% this year.

Given the slowing pace of economic expansion, authorities have been trying for more than a year to encourage banks to lend more to privately run enterprises. China’s large, state-owned banks typically prefer to lend to companies owned by the government, rather than the private sector which actually contributes to the majority of national growth and employment.

Official figures indicate an increased pace of lending to small and micro-sized enterprises. People’s Bank of China Governor Yi Gang noted at a press conference Tuesday that the balance of loans to such businesses stood at 11 trillion yuan at the end of August — an increase of 23% from a year earlier, and 8 percentage points greater than the growth rate at the end of last year.

Yi said, according to a CNBC translation of his Mandarin-language remarks, that authorities would not engage in flood-like stimulus.

“At the same time, we need to consider the long-term,” he said, adding that structural adjustments were needed. He also said it was important to ensure that the effects of monetary policy were being transmitted to the economy. Other policies he outlined included lowering business financing costs, as well as promoting high-quality development of the economy.

It’s less clear how much the needed financing ultimately goes toward business expansion.

“Corporate bonds do pick up so far this year, but the biggest delta still comes from short-term corporate lending including bill financing, pointing to soft credit demand,” Larry Hu, chief China economist at Macquarie, said in an email.

At least for manufacturers, the China Beige Book survey found a range of worrisome responses: “Borrowing by manufacturers is so widespread that one view is nearly every firm surveyed has borrowed this year.”

“The other extreme—that the same 30+% of firms are borrowing every quarter—is even more disturbing,” said the report. “Either the sector as a whole is in clear distress or a large proportion of firms should be failing.”

For Chinese businesses overall, the data showed the average loan term was 19 months, shorter than the prior quarter’s average of 26 months. The majority of loans still had terms l