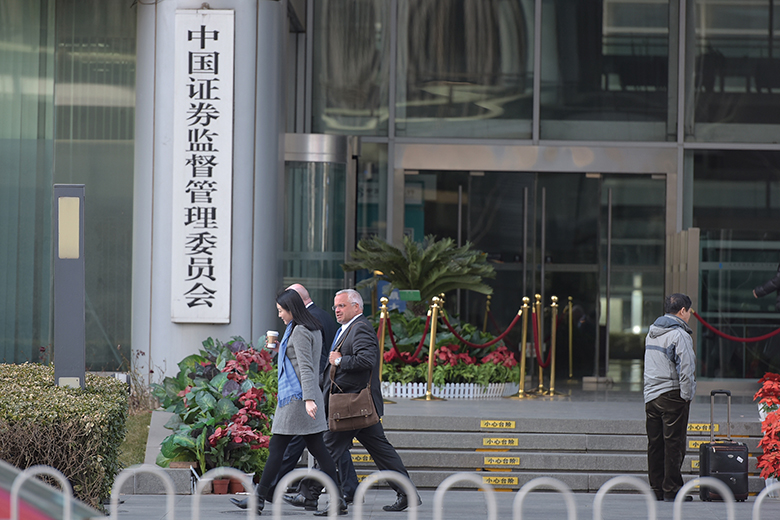 The Securities Association of China (SAC) said in August that it would assign a reputation management score to securities firms based on two criteria: the ability to guide public opinions on the market and regulations; and the ability to handle negative news about themselves.

A draft rule was distributed to leading securities houses on the mainland.

Firms are encouraged to guide public views by publishing research on market regulations or be quoted in media stories. But the devil is in the detail.

The research and quotes must “agree to the official talking points and tones of the SAC,” according to the draft rules. In terms of managing the firms’ reputations, points will be deducted based on the number of negative news stories appearing in media publications and how widely circulated these publications are.

This ‘reputation management’ score will then go into a rating assigned to each securities firm annually by the China Securities Regulatory Commission (CSRC), ranging from AAA to E. Those with a higher rating will receive perks such as an easier time obtaining business licences and less frequent regulatory checks. In 2018 and 2019, the highest rating given was AA.

It is not hard to see why the move will damage the independence and fairness of securities firms’ market research. However, an important side effect is that the new measures will widen the information gap between institutional investors and the greater public, which is already a concern.

The incentive is for securities houses to become more cautious in producing controversial research for fear of being reported by the media, delivering more in-depth and controversial research only to a small group of targeted clients. When appearing in public media, they will likely make sure that their views cannot be interpreted as critical of new regulations – although they are already cautious in this area.

“Interesting scenes will start to emerge in the stock market,” a source at the securities regulator says.

While the so-called experts unanimously recommend one set of investment strategies, the market will show that institutional investors are employing another set of strategies.

The result is that public media could become a source of misleading, incomplete and unfair opinions. Those relying on mainstream news for investment strategies, usually small or retail investors, are more likely to be poorly informed.

Other potential problems may appear. First, there are no clear definitions of what constitutes negative or positive news. The judgement will be made by “third-party public opinion analysis institutions”, according to the official rules.

The high level of subjectivity may lead to collusion with these third-party institutions.

Second, the so-called ‘WeMedia’ – publications on the WeChat app – is flourishing in China. Many of these are one-man shows. As long as their articles do not go viral, these content producers are not usually held responsible for producing so-called ‘fake news’.

It would be unfair for securities houses to have to monitor and control negative news about themselves on these platforms.

Lastly, rather than encouraging firms to be more open to media, the rules are likely to take a toll on firms’ day-to-day business. Since a fair report of any deal will often contain both positive and negative opinions, companies may be reluctant to conduct any deals that have the possibility of generating negative reports.

As one corporate communications head summed it up: “I guess the safest response is not doing any business.”