Sterling weakens generally today after a known BoE hawk Michael Saunders surprisingly turned dovish. The Pound will likely end the weak as the worst performing one. Euro is trying to recover but there is little committed buying so far. The common currency is set to end the week. as next weakest, along with Yen. Dollar is paring some gains after mixed personal income and spending report. But after all, core PCE’s rise to 1.8% yoy is a welcomed development for Fed in any sense.

Technically, as long as 1.0967 minor resistance holds, EUR/USD is still seen as resuming medium term down trend. Selling might just be delayed till next week. With weakness in Yen, USD/JPY is possibly heading back to 108.47 and break will resume rebound from 104.45 to 109.31 key resistance next.

Eurozone Economic Sentiment Indicator dropped -1.4 pts to 101.7 in September. Amongst the largest euro-area economies, the ESI decreased significantly in the Netherlands, Spain (both -3.1) and Germany (-1.2) and, to a lesser extent, Italy (-0.8). The ESI remained broadly unchanged in France (-0.2).

The decreased resulted from a substantial deterioration of confidence in industry, and a slight decline in retail trade, while confidence improved among consumers and remained broadly stable in services and construction. Industry Confidence dropped from -5.8 to -8.8, “markedly more pessimistic views on all three components, i.e. production expectations, the current level of overall order books and the stocks of finished products”. Services Confidence rose from 9.2 to 9.5. Consumer Confidence rose 0.6 to -6.5.

Business Climate Indicator dropped -0.34 to -0.22. All the components of the BCI worsened. The decline was particularly sharp in managers’ assessments of past production, export order books and overall order books. Albeit to a lesser extent, also their production expectations, as well as their views on stocks of finished products worsened markedly.

BoE Saunders: Next move is quite plausible a cut

BoE policymaker Michael Saunders said that “it is quite plausible that the next move in Bank Rate would be down rather than up.” He noted that “even without a no-deal Brexit, a scenario of persistently high uncertainty is probably the most likely outcome. And, “that would probably imply continued weakness in business confidence and investment, with softer job growth that drags on consumer spending, Saunders added, “it might well be appropriate to maintain a highly accommodative monetary policy stance for an extended period and perhaps to loosen policy at some stage, especially if global growth remains disappointing.”

In case of disorderly Brexit, Saunders repeated BoE’s position that policy options won’t be automatic. And he warned that no-deal Brexit would “probably immediately leave some firms unprofitable. Others might face longer-term questions about their viability, or whether they would be better off relocating.”

EU chief Brexit negotiator Michel Barnier reiterated that “we need a legally operative solution in the Withdrawal Agreement to address the problems created by Brexit on island of Ireland.” And, “EU27 firmly united. We must avoid hard border, protect the Good Friday Agreement, all-island economy and integrity of Single Market… We continue to defend EU27 interests and values… We stand united.” 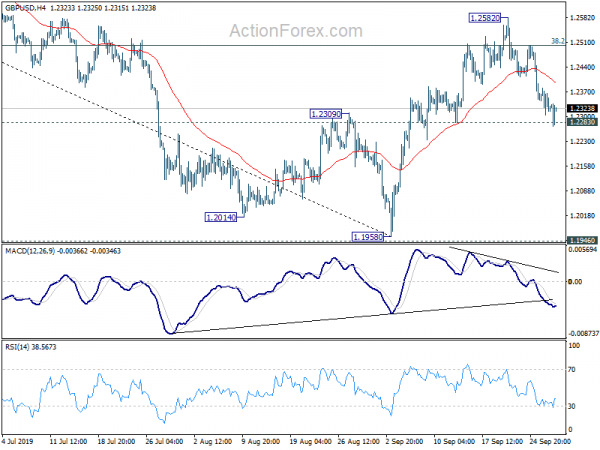 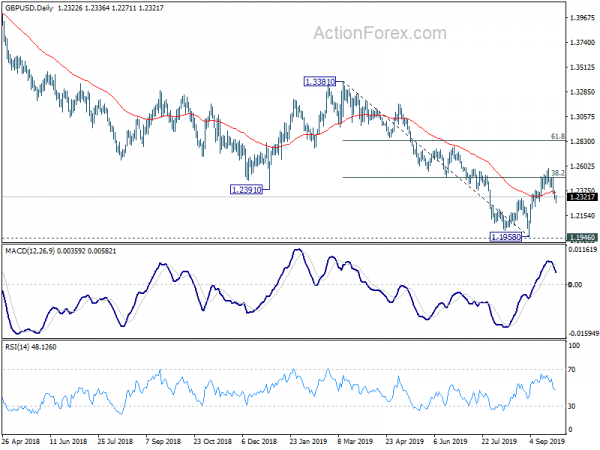