CAD/JPY May Be Ready for its Leg Lower 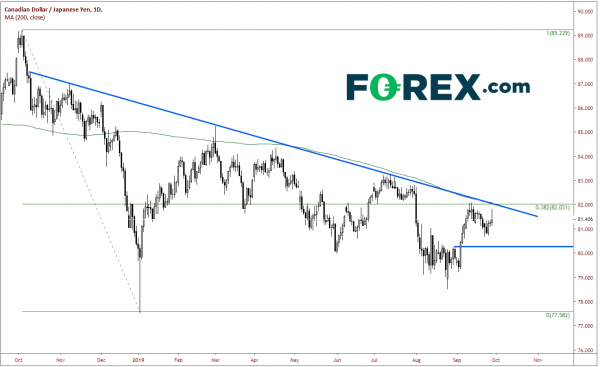 CAD/JPY has been in a downtrend for almost a year now, after putting in a high of 89.23 back on October 4th of last year.  Will this move continue lower, or will it break out and move higher?  Today’s price action pushed higher to 81.83 and tested resistance early in the session, only to reverse and close in the middle of the range near 81.50. Bears have five reasons for the pair to continue to move lower on a daily timeframe: First horizontal support comes in at 80.25.  Below that, the recent lows could be tested from August 26th at 78.50.  If that level breaks, the lows from the spike down on January 3rd come into play at 77.50.

As long as CAD/JPY remains below 82.10, bears appear to be in control.