FX: It’s co-location, but not as we know it 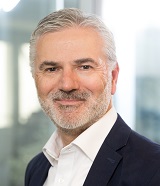 What price low latency? That is the question that more and more market participants are grappling with as they seek to jump on the co-location bandwagon. Data-centre access doesn’t come cheap, but there are folk who can help out.

Falling connectivity costs have continued to drive demand for co-location. Data-centre providers have responded to growing demand by opening new floors at established locations such as LD4 in London and NY4 in New York and creating new campuses on adjacent sites.

But the cost of space where the main liquidity hubs are located is a considerable investment. As a result there has been an expansion in the number of managed service providers operating a virtualized infrastructure-as-a-service offering to help FX businesses access these data centres at a lower cost, says John Owens, an electronic trading technology specialist and former VP EMEA sales at Transaction Network Services.

“A managed service provider will typically provide a suite of services including rack space, power, servers and communications, eliminating procurement headaches and capital expenditure requirements for the FX broker,” he explains.

Mitch Fonseca, Cyxtera’s VP of data-centre products, says his firm’s on-demand co-location solution can reduce total cost of ownership by as much as 50%.

“The ability to provision interconnection and dedicated infrastructure as needed eliminates overspend associated with designing to peak capacity and deploying unused or underused hardware,” he adds.

Fonseca believes that while pricing for the European co-location market has remained stable over the last 12 months, limitations on the availability of space will drive pricing up over time and that innovation is the only option for firms looking to reduce their costs.

Asian-based brokers looking to expand in Europe have previously been identified as the main drivers of increased demand for FX co-location.

The first wave of demand can be broadly classified as major banks establishing regional presences in non-domestic locations, for example Asian banks in Europe. But Owens notes that a subsequent wave of second-tier providers looking to emulate the strategy of their larger rivals has been underpinning continued demand for co-location services.

Gordon McArthur, CEO of Beeks Financial Cloud, agrees that Asia remains a big source of growth, but is more intrigued by the Monetary Authority of Singapore’s efforts to attract the large matching engines. Earlier this week, Standard Chartered announced plans to establish an FX e-trading and pricing engine in Singapore by the first quarter of 2020.

“The growth of Singapore is intriguing,” says McArthur. “It will become the Asian hub of choice for FX liquidity trading over the next few years.”

Proximity co-location and optimized application design and network paths have helped firms realize significant improvements in latency – and both network providers and server and switch manufacturers are expected to continue to make speed improvements to their equipment.

However, Owens suggests that these improvements will be evolutionary rather than revolutionary.

“Some firms who pride themselves on being at the forefront of technology will continue to invest in the fastest and highest capacity systems, but this approach demands deep pockets and is not for everybody,” he says.

Even the term latency can be problematic. It is defined as the time delay between sending a message to the market and it being received and processed by the exchange (although in some cases the time it takes for the exchange to acknowledge receipt is also accounted for).

The authors of a research paper published last November suggest this definition is narrow because it only takes into account hardware capacity and co-location to measure latency and ignores other factors that affect how quickly the trader can process and react to market information before sending an instruction to the exchange.

Of course, not all FX market participants require direct point-to-point connectivity in the same data centre and are willing to sacrifice milliseconds by getting access via ‘peripheral’ centres. And as we have previously reported, speed is not everything.

McArthur observes that the last 18 months has seen the emergence of field-programmable gate array (FPGA) – hardware-accelerated network cards that process transactions on the card to speed up the process – in the FX space.

“With direct connectivity you can shave some microseconds here and there and we have seen clients investing in cutting-edge hardware devices and network cards, but we are close to the limits of latency,” he concludes. “This is exacerbated by exchanges introducing speed bumps, a trend that is likely to become more commonplace.”