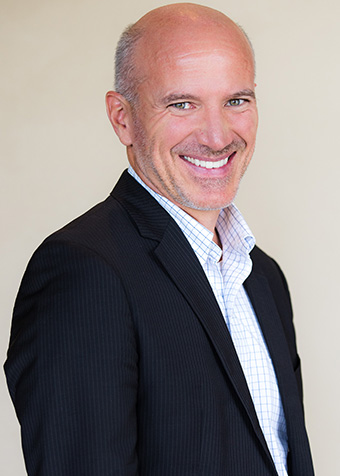 Brazil’s growth might be continuing to disappoint but HSBC is pressing ahead with ambitious plans for its comeback in the country.

HSBC sold its corporate and wholesale banking operations as part the sale of its full Brazil business to Bradesco in 2016.

“We retained our banking licence and we opened an office to service the international business of a client list of around 150,” says Alexandre Guião, president of HSBC Brazil, who has been with the bank in Brazil for 10 years since joining from Citi.

The bank opened with 45 employees – a mix of front-, middle- and back-office staff.

The expiration of that clause coincided with Jair Bolsonaro winning the Brazilian presidency, which – through his appointment of BTG Pactual co-founder Paulo Guedes as economy minister – buoyed bankers’ hopes for greater economic growth and financial markets activity.

HSBC, bullish on Brazil’s future, greenlit the rapid development of the bank. During Euromoney’s visit, Guião shows us the preparations being made for the expansion of the bank’s office.

“Our aim is to build in 2019 and 2020 – the people and the products – and we have a plan to triple both onshore and offshore revenues, profits and ebitda within five years,” says Guião.

The strategy behind that growth is to become a full-service wholesale and investment bank; there are no plans to re-enter retail or onshore private banking.

The bank is complementing its product offering with most of the treasury products now operational; trade, export and receivables financing is close to launch and cash management is slated for the first quarter of 2020.

HSBC has maintained a local balance sheet – one of Guião’s main jobs has been managing the bank’s local capital and he says the bank remains overcapitalized.

A local DCM offering will be launched soon. Guião says the focus will be on strategic deals that help clients in broader financial strategies, but it has a local limit that will permit to take part in significant local deals.

This area has been booming this year: by the end of May, there had been 228 local debenture issuances worth R$65 billion, compared with 78 worth just R$6.5 billion in 2018.

And, of course, the bank will be competing for international capital markets mandates.

Given the bank’s global presence, around 500 are local operations of multinationals – Guião says he believes the Asia-Brazil ‘corridor’ will be a powerful competitive advantage for the bank’s local growth – and around 150 will be a local mix of the large companies and selected companies from the tier below.

“We are hearing from clients that they are happy to have HSBC back – there are no hard feelings about the Bradesco transaction,” he says. “We have a very strong brand and there is an issue of consolidation in the banking sector locally, so companies are glad to have us return.

“Having said that, we know that the space we left has been occupied by our competitors and we will fight hard to regain our market share.”

Guião says the bank is ready to be competitive, but will be mindful about maintaining healthy return-on-equity in all business lines.

Although Guião won’t be drawn on discussing the country’s politics, it is probably to HSBC’s benefit that the expected flood in financings after Bolsonaro’s election victory has yet to materialize. It has allowed a little more space for HSBC to build out its offering, as well as the advantages of recruiting in a softer market.

However, Guião says he remains convinced of the bank’s optimistic views on Brazil – the bank revised its expectations for GDP growth to 2% from 2.9%, but still remains at the high end of the range, as is its 2020 forecast of 2.6%.

Despite the sluggish recovery – the economy shrank by 0.2% in the first quarter of the year and is still only 3% above the late-2016 trough and 4.5% lower than the pre-recession peak in 2014 – the pipeline of equity deals has been building.

Guião acknowledges that HSBC has a stronger track record in emerging-market debt than equities, but points to the mandate on the Neoenergia IPO – expected to come to market by the end of June – as evidence that the bank will be competitive in ECM.

However, he declines to comment on the Petrobras Distribuidora’s decision to remove HSBC, alongside Banco do Brasil and Banco Bradesco.

Guião thinks HSBC can be competitive with the other international banks operating in the country – and adds that the treasury services such as cash management and HSBC’s large global footprint distinguish the bank’s client offering to many of the international investment banks.

Guião says Bolsonaro´s administration should start to deliver the much-needed reforms to address the country’s fiscal weakness and – coupled with the challenges of other large markets in Latin America, such as Argentina and Mexico – Brazil should be favoured by international investors.

“You have a lot of international investors looking to Brazil with interest and there will be a lot of money flowing to Brazil,” he says.