Awards for Excellence 2019: Rise of the regionals 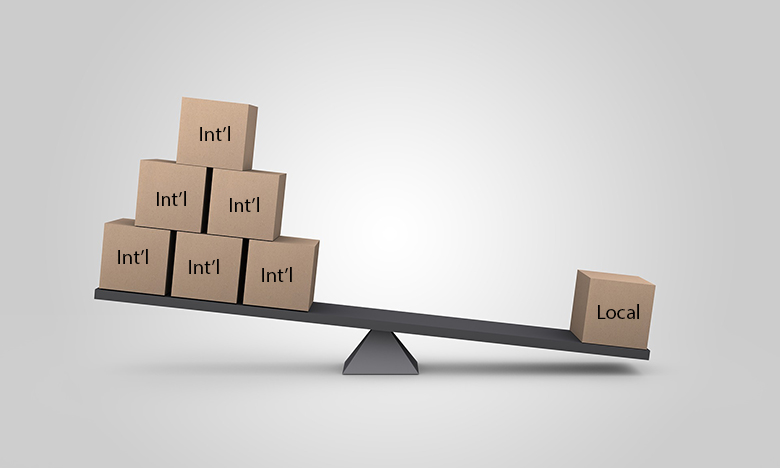 It was quickly obvious that, after the financial crisis, the number of truly global banks would decline. It has. You can now count them on the fingers of one hand. That trend has had a notable impact in developing markets, where international banks had previously taken the lead role in providing cross-border finance.

Until about a decade ago, most banks headquartered in the emerging markets remained decidedly domestic. The question has always been: could regional banks develop to become the most important players on their continents?

In 2019, the year of Euromoney’s 50th anniversary, we might just have reached the tipping point where this has come to pass.

The evidence is there to see in the results of our Awards for Excellence 2019. Take the regional awards in the emerging markets this year. This is the field in which local banks compete with the bigger, international players head on. Traditionally, they have lost. This year, they win.

In each of the Middle East, Africa, Latin America and central and eastern Europe, the majority of the 11 regional awards are won this year by local or regional banks. That’s the first time in the 27-year history of our awards this has happened in so many jurisdictions.

The exception is Asia, where global banks still dominate the regional awards. Why? Three reasons stand out.

The first is the breadth and scale of the region, which makes it hard to have a pan-continental network. Second, Asia is becoming such a large part of the global fee pool that international banks have little choice but to remain committed.

And third, China dominates the region. To date, Chinese banks have had little impact beyond their own borders, while global banks have beaten a path to Beijing and beyond more quickly than firms based in other parts of Asia.

There is also an interesting trend to note in western Europe. Every regional award is won by a European-headquartered bank. There are no US winners. That’s not to suggest the US banks are not strong across Europe, especially in investment banking. But it does suggest that the narrower focus of European banks on their local and regional operations is paying dividends.

The next evolution in the rise of the regionals has to be that these banks become world-class, rather than worldwide, businesses

The biggest international banks still dominate Euromoney’s global awards, as you would expect, but not to the extent to which they have in the past. Close to a third of Euromoney’s 20 global awards categories are won by banks headquartered outside the US or western Europe – the highest proportion since we began the awards in 1992.

The next evolution in the rise of the regionals has to be that these banks become world-class, rather than worldwide, businesses. Again, we see this starting to take place.

Take our world’s best digital bank, Akbank. Determinedly Turkish, it produces best-in-class results in terms of user engagement and cost-to-income ratios based on a firm commitment to technology in a young economy where its customers are quickly transitioning to mobile usage.

Look at our best investment bank in the emerging markets, Brazilian-based BTG Pactual. This is a rare example of an emerging markets-based firm that has the same approach as the likes of Goldman Sachs and Morgan Stanley, but which has managed to apply it to the emerging markets of Latin America. It deserves to be mentioned in the same breath as those two global firms for the quality of its people and its business.

Our award for world’s best bank transformation goes to First Abu Dhabi Bank in the Middle East. Bank mergers are notoriously hard to execute. In a little over two years, the merger of Abu Dhabi’s NBAD and FGB has created a national champion with a shot at regional leadership, with cost savings well ahead of target and revenues boosted by a bigger platform. It is as seamless and successful a bank merger as any undertaken anywhere in the world since the financial crisis.

Last, but certainly not least, is the winner of our award for the world’s best bank – Singapore’s DBS. It is the first bank based outside the US or western Europe to win our most coveted award. Here is a bank that has properly embraced technology, putting it at the heart of everything it does. It tries to be as good at digital as a pure-play tech company, while fully understanding the challenges that banks face.

DBS is the definition of a world-class, regional bank and – as with all our winners this year – a deserving winner of Euromoney’s recognition.