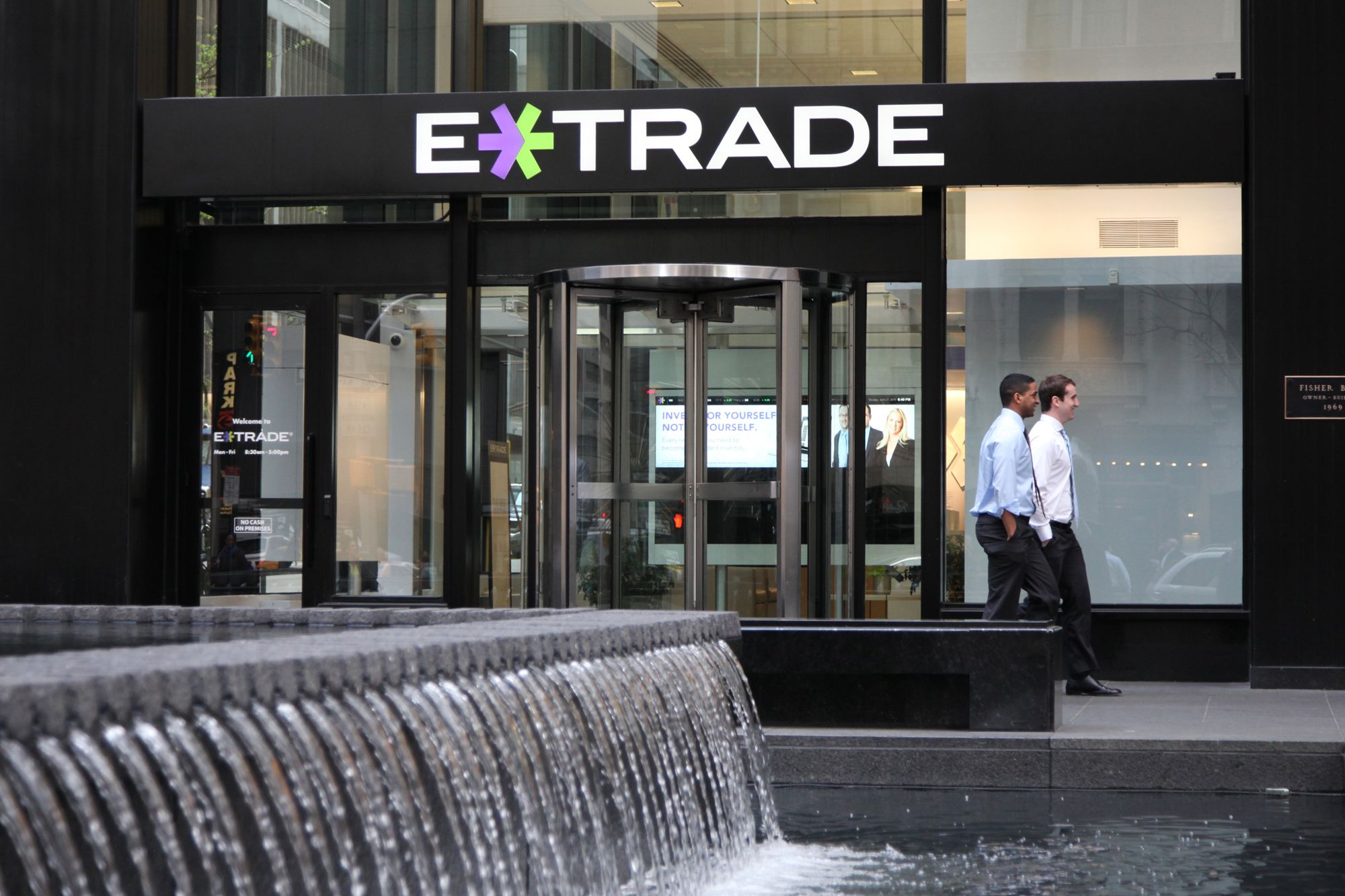 Pedestrians pass in front of an E-Trade location in New York.

Shares of TD Ameritrade similarly dipped 1% in extended trading. Immediately after the market close, shares first briefly rose. The company’s shares are down more than 25% year to date and reports fourth-quarter earnings on Oct. 22.

AT&T shares rose 1% following a Wall Street Journal report that the company is in talks with Elliott Management to resolve the activist hedge fund’s campaign for change at the telecom and media giant. Elliott took a $3.2 billion stake in AT&T in September and said the company could be worth at least $60 per share if it trimmed unneeded assets.

Intuitive Surgical shares jumped nearly 4% after the company announced better-than-expected earnings for its third quarter. The robotic surgical device company reported earnings of $3.43 per share, far exceeding analyst expectations of $2.99 per share. Revenue came in at $1.13 billion, compared to the $1.06 billion projected by analysts, according to Refinitiv.

Atlassian shares dropped 6% after the bell before rising 2% above its closing price when the company improved its second-quarter outlook and reported better-than-expected earnings for its first quarter. The Australia-based software company projects revenue in the second quarter between $386 million and $390 million and adjusted earnings of approximately 27 cents per share, compared to Wall Street’s forecast of $382 million in revenue and earnings of 26 cents per share, according to Refinitiv consensus estimates.

For its first quarter, Atlassian posted an EPS of 28 cents on revenue of $363 million, exceeding analysts’ expectations of 24 cents per share and revenue of $352 million, according to Refinitiv.