Airline-style alliances in banking look set to take off 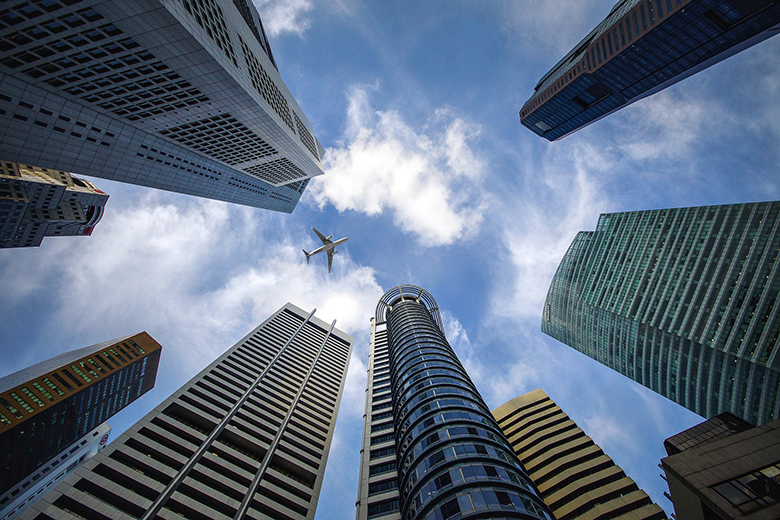 A new digital platform linking banks’ business clients across Europe, Asia and the Americas shows the desire of lenders to forge partnerships in the absence of mergers that might otherwise increase their international scale.

Though its official launch in early October went by without much comment, the Trade Club Alliance (TCA) brings together 14 banks with big national and regional market shares in a common effort to bolster their individual and combined client franchises.

It is, therefore, an important step.

According to insiders, this is the first global banking partnership directly modelled on airline alliances. The specific inspiration is Star Alliance: the world’s biggest airline alliance by fleet size and destinations.

Unlike other cooperation agreements between banks, there is no element of in- or out-sourcing, and the platform is not a business in its own right – both the characteristics in common with airline alliances.

Ultimately, the TCA aims to build on the benefits of the large and established national infrastructures and client bases of its banking partners to fight back against their common enemy of low-cost and legacy-free newcomers.

It does this by widening the partners’ combined global footprint in a relatively low-cost, low-risk manner – specifically, in this case, concerning their businesses among small and medium-sized enterprises (SMEs).

There’s a common feeling in the banking industry that we need to find ways to bring added benefits to our clients, in the face of new competition

The network is hosted on national versions of a shared website. The site is, in the words of one partner, a mix between dating app Tinder and professional network LinkedIn. Businesses can search trading partners, using filters for product or geography. They can view potential partners’ profiles, add them to their favourites and message them.

The site also automatically flags a list of top potential trading partners, using algorithms that match businesses based on transactions and other data points.

It brings together the business-networking clubs some banks have already established – and goes beyond bilateral referral agreements between banks, which have also been proliferating lately.

Crédit Agricole and Santander signed one for SMEs in July, for example, leveraging a lack of overlap in their geographic strengths.

“There’s a common feeling in the banking industry that we need to find ways to bring added benefits to our clients, in the face of new competition,” says Jon Barañano, the TCA’s chairman.

The crucial element, he says, is that the club’s members are vetted according to their creditworthiness and compliance, including their ability to access trade finance.

“Any customer can access information, but the networking environment – the club – is only for those companies that comply with the rules of the partner bank,” says Barañano.

The rationale is therefore that banks with a large national market shares will know their clients in their home market better.

As in the airline industry, each bank is the exclusive partner in those countries where it has a large market share – such as MUFG in Japan, Crédit Agricole in France, and Santander in Iberia, Latin America and the UK.

More than 20,000 members have joined, according to Barañano – who is also a corporate banker at Santander, which launched a pilot for the club in 2015 and invited other banks to join.

Santander’s network has already helped new trading relationships between a Bulgarian lightbulb maker (from the local subsidiary of Belgium’s KBC) with an importer in Spain; a Korean steel producer (from IBK’s clientele) with a buyer in Argentina; and Greek food exporters (from Eurobank) with supermarkets in the UK and elsewhere.

The launch on October 1 saw the banks sign up to a common set of goals and deploy a new umbrella brand for the alliance.

As Europe is home to the largest number of banks in the alliance, those involved say the idea is particularly relevant when European banks are heavily constrained in their costs and capital, suffering from negative rates, and as they become more wary of international money-laundering risks.

European banks, in particular, have had to recognise the difficulty of competing against US investment banks, and the difficulty of doing international bank acquisitions: especially in retail, even in the eurozone.

Most European banks in the alliance have limited or cut back their international operations since the eurozone crisis, and most recently after a series of compliance scandals. Santander is an exception, but is aware of its limited reach, even within Europe.

“While we do not do retail banking everywhere, this allows our SME clients to benefit from a larger international network,” says Catherine Eydoux, head of international business solutions at Crédit Agricole, one bank which has drastically cut back its international reach in Europe and elsewhere during the past decade.

“These platforms will continue to grow,” she says, referring to the proliferation of bank partnerships.

Perhaps reflecting the residual global ambitions of some other banks, the alliance has some notable absentees – HSBC offers a similar service based on its own client network.

The world’s two biggest economies, in addition, are not properly represented, given the absence of any Chinese bank and Santander’s small US market share. The bank partners, nevertheless, hope a big US and Chinese lender will join later.

“Airlines and banks both have high fixed costs, thin margins and low-cost competitors,” says Michalis Tsarbopoulos, chief digital officer and head of transaction banking at Eurobank. “Given the challenges from fintech and big tech, we are looking for ways to add value and how we can do it together.”