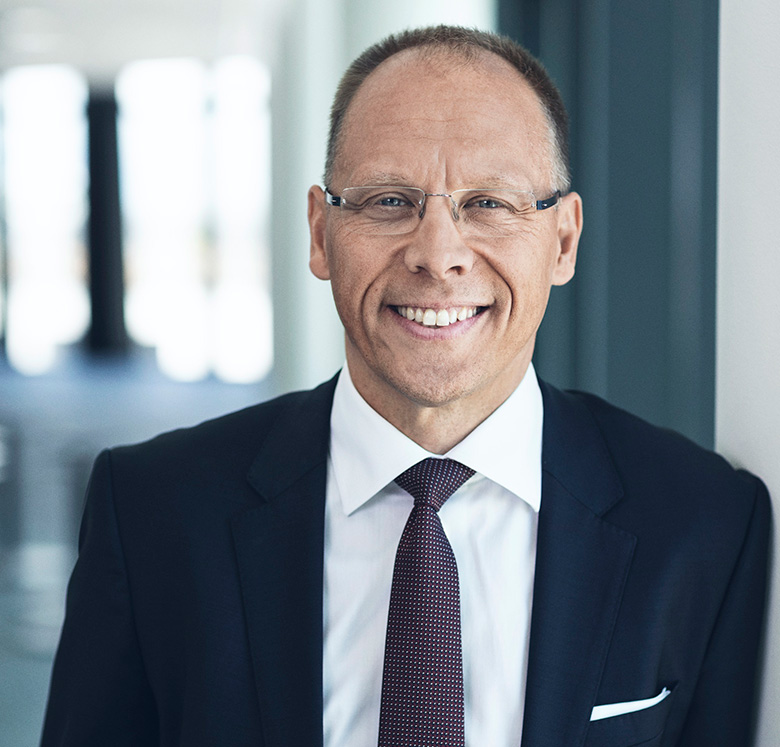 Frank Vang-Jensen is making no excuses for sweeping aside his predecessor’s record, as he leads Scandinavia’s biggest bank into a new era of austerity.

A month after Nordea named him its new chief executive, Vang-Jensen’s plan for the coming three years can be summarized in one word: costs. Cutting costs to less than 50% of revenues was the be-all and end-all at the bank’s investor day in London on Friday.

Vang-Jensen fielded numerous questions from analysts about the impact of the cost push on the bank’s ability to find new clients and shore up revenues. After all, Svenska Handelsbanken sacked Vang-Jensen in 2016, amid similar concerns, after he had been less than 18 months in the CEO’s job at that Swedish bank.

However, in Vang-Jensen’s view, Nordea can reverse its market-share losses of recent years – even as it embarks on an even thinner expenses regime.

Speaking to Euromoney at the event, Vang-Jensen claims there is no trade-off between the customer franchise and efficiency.

“It’s about delivering both,” he says. “They are closely combined: we need to prioritize and make hard choices.”

As Vang-Jensen announced his first quarterly results as CEO on Thursday, he has already moved the bank away from the tenure of Casper von Koskull, CEO for the past four years. Vang-Jensen’s elevation to the top job also coincided with the departure of other senior executives, including chief financial officer Christopher Rees.

Nordea slid to a loss in the third quarter, as the new CEO wiped the slate clean with €1.3 billion in provisions, including loan losses and IT asset depreciation. Yet its shares ended the week slightly higher, as investors appeared to welcome the spectacle of him living up to his reputation as a cost axeman.

Vang-Jensen has a strikingly different profile to his predecessor. After leaving Handelsbanken, he moved back to his native Denmark to run retail banking at Nordea. Von Koskull, by contrast, rose to the CEO’s role after running Nordea’s wholesale bank, and before that Goldman Sachs’ operations in Scandinavia.

At Nordea, Von Koskull made his legacy by moving the headquarters to Finland, while overseeing a vast IT integration project across the pan-Scandinavian group, and bolstering what had been a shoe-string operation compliance set-up. He also extended Nordea’s wholesale-banking leadership in the Nordic region.

However, investors were already impatient to see the benefits of these investments two years ago, pushing Von Koskull to announce 6,000 job losses in 2017. Even this was not enough to satisfy Cevian Capital, an activist investor that bought 2.3% of the bank in late 2018 and publicly criticized its poor profitability relative to Nordic peers.

Vang-Jensen is, therefore, going much further than Von Koskull, in his efficiency drive.

Efficiency is also about freeing up people’s time

He wants to cut costs by €100 million more, and a year earlier than Von Koskull: to reach €4.7 billion, by 2020. In total, by 2022, Vang-Jensen is targeting cuts of between €600 million and €800 million. He will reduce expenses even more if his income-growth ambitions don’t work out.

Meanwhile, when he talks about hard choices and prioritization – “say no to certain things, yes to others” – parts of the bank’s capital markets operations clearly come to mind.

He claims his background in retail gives him no bias against wholesale banking. Yet the CEO and his colleagues were much more enthusiastic at the investor day about growth opportunities in small businesses and mid-caps, and in asset and wealth management.

Vang Jensen told investors Nordea is moving to a “more focused and more profitable” wholesale bank. It will also be smaller, thanks to cost cuts of €200 million, a reduction of risk-weighted assets of €8 billion, and a €1.5 billion cut to the economic capital deployed in the business.

Nordea is exiting some complex structured-finance markets and plans to find partners for low-margin fixed-income trading, where it lacks global scale.

“It’s difficult for regional banks to be the best owners of those businesses,” wholesale banking head Martin Persson said at the investor day.

Even if the benefit on returns more than compensate for these cuts, there will be a hit to the income side from the reduction in capital deployment in wholesale banking.

Nordea hopes new funds and growing distribution in the US and Latin America will help reverse recent asset-management outflows. Wholesale banking, however, faces a much more difficult regulatory environment, with an extra €1 billion in regulatory capital add-ons in 2019 alone, according to Persson.

In retail, by contrast, Vang-Jensen seems to have learnt lessons from his former role. His plans to close branches ruffled feathers at Handelsbanken, a firm that prioritizes branches more than most, and whose profitability – and customer satisfaction, according to Swedish customer survey company Svenskt Kvalitetsindex – has consistently been better than Nordea.

Now Vang-Jensen thinks Nordea’s newly integrated back offices and newly unified mobile-banking proposition, together with leaner and less disparate corporate centres, can help it pivot from a digital-first strategy to a more mixed model. He envisages retaining branch-based interaction, as a means to improve customer satisfaction.

In recent years, Nordea has only tended to prove how big market shares across multiple retail markets is more a burden than an asset.

Vang-Jensen, however, is hoping to prove that Nordea becomes an example of how multinational retail banks can outperform more nationally focused peers, such as Handelsbanken – as technology helps give staff the resources to spend time talking to their customers.

“Efficiency is also about freeing up people’s time,” says the new CEO.