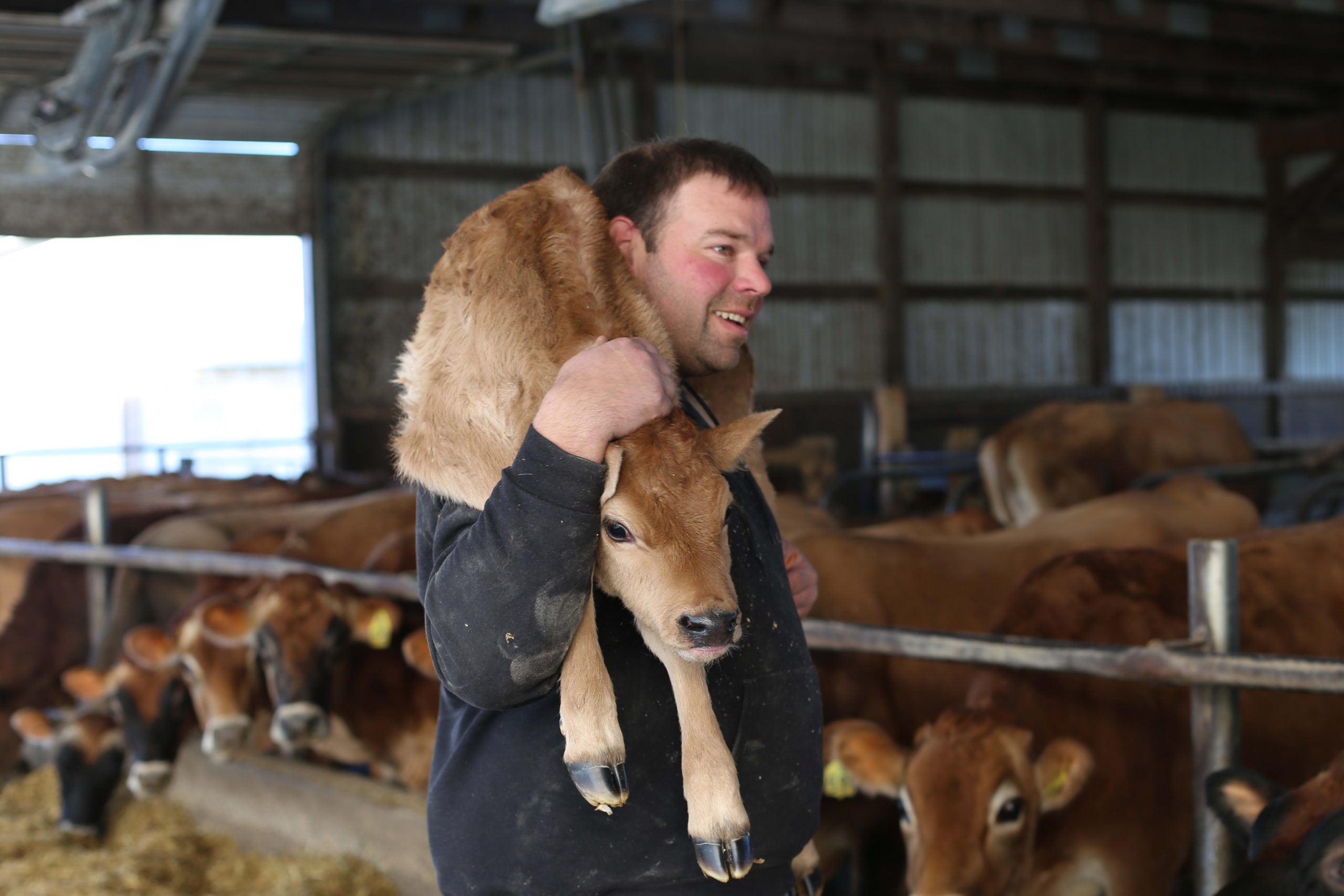 Nathan Chittenden carries a newborn calf at Dutch Hollow Farm in Schodack Landing, New York. “The last five years have been extremely rough for us dairy farmers,” he told CNBC.

SCHODACK, N.Y. — Nathan Chittenden carefully slung a newborn calf over his shoulders and marched her over to his dairy barn to join a dozen other babies.

“Sometimes I feel like a school principal trying to remember everyone’s names,” Chittenden, 41, said of his dairy cows.

Chittenden’s herd is in good health, but the dairy farm his family runs here in Rensselaer County, about two hours north of New York City, is under immense pressure.

Milk makers in the United States are disappearing as consolidation in the industry and changing consumer tastes have made it tougher for small farms to survive. In November, U.S. dairy giant Dean Foods filed for bankruptcy protection, blaming the fact that Americans are drinking less traditional cow’s milk and switching to non-dairy alternatives. The company is considering selling itself to the milk cooperative Dairy Farmers of America.

Meanwhile, falling milk prices and President Donald Trump’s trade wars have sent scores of farmers out of business. Overall, the U.S. has lost nearly 20,000 licensed dairy farms, a roughly 30% decline, over the past decade, according to the U.S. Department of Agriculture. It’s in line with a long-term trend: Between 1992 to 2018, over 94,000 family dairy farms closed their operations at a rate of 10 per day, according to the National Farmers Union.

Chittenden has watched his farming neighbors disappear one by one, including five farms on his father’s side of the family over the course of 20 years.

“It crushes me,” said Chittenden, a third-generation farmer at Dutch Hollow Farm. “We’ve lost a lot of farms in the Northeast. Every single one of those farmers was a neighbor and a friend to us.”

“We knew them, and now they aren’t there. Their history is gone and will never be back,” he added.