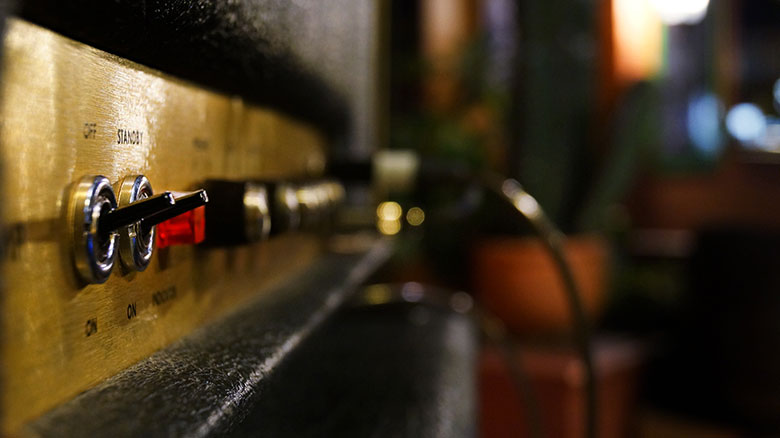 With the UK in coronavirus lockdown, concerts, gigs and tours across the country have been cancelled, but it is not just audiences who are losing out.

“In the music industry, there are a number of people that fall through the net,” says Paul Pacifico, CEO of the Association of Independent Music (AIM), a British trade body that represents the interests of independent music labels, artists and distributers.

“In addition to the labels and the musicians, the roadies, the sound technicians, the press team, makeup artists and others – these are the people that are finding it difficult to survive as business for them has completely dried up.”

We wanted to keep some humanity in the system, to remain flexible – compassionate even

Once the realities of the coronavirus pandemic began to set in, the British government started rolling out a number relief packages for businesses and individuals struggling to manage in lockdown.

“[Chancellor of the Exchequer] Rishi Sunak specifically talks about musicians and sound engineers in the first announcement he made around offering support to the self-employed,” says Pacifico.

“So, we know that the government are listening to us and will continue to roll out programmes to help a number of vulnerable groups in society. We applaud their effort.”

However, relief can’t come fast enough. The government itself states that the self-employed eligible for government relief will need to wait until June for the first payment to hit their accounts. So, in the meantime, industry leaders, such as Pacifico, are looking to alternatives to support the most vulnerable members of their community.

“Our goal is to get 1,000 people £1,000 in their accounts in the next three months – money just to tide them over until government money comes in,” says Pacifico, adding that, as the situation develops, AIM’s support will be reassessed.

However, getting cash to industries’ most vulnerable as quickly as possible will need a new approach – an approach that is nimble and can be planned remotely. That’s where fintech comes in.

In the early 2000s, Pacifico spent a lot of time playing harmonica with session musicians at Dion, a City of London bar next to St Paul’s Cathedral. Playing music was an outlet for the former private banker, who had by then been toiling in the City for nearly 10 years.

One night in 2003, Pacifico met Nigel Verdon, a serial fintech founder also based in the City. While the details of that night are a little blurry, Verdon and Pacifico bonded over their love of music and a shared experience in the financial services sector.

“I remember telling Paul the story of how, when I was 18, I spoke to my father about becoming a musician,” says Verdon. “My dad, who was a soldier, just said ‘don’t tell your mother’.”

The two have remained friends – and the global pandemic has brought them together as business partners.

Verdon is now the CEO of Railsbank, a global banking-as-a-service business. When Pacifico approached him with this problem – to get cash to out-of-work people in the music industry – Verdon already had something up his sleeve: LightningAid.

LightningAid is an online tool that helps government departments, NGOs and community groups distribute financial support directly to those in need. Once individuals are identified, a new account is created for them on behalf of LightningAid, and money deposited directly from source to account.

“The whole process is safe and secure,” says Verdon, who has worked with a number of other companies and community groups to build LightningAid. From idea to launch, the whole process took just 10 days.

“As a fintech, we do all the heavy lifting, such as the on-boarding process and risk assessment,” says Verdon.

“And because of our digital infrastructure and ability to do everything remotely, the product is scalable. A number of other companies, governments and charitable organizations globally are able to leverage the software and do what AIM are doing right now.”

AIM launched the product on April 24 with £500,000-worth of pledges and an initial 60 people that they identified in need of help. The plan is to double the donation size to £1 million in the next few weeks, so that the organization can reach more people.

“For now, the due diligence on who qualifies for support process is managed manually,” says Pacifico. “This is because the