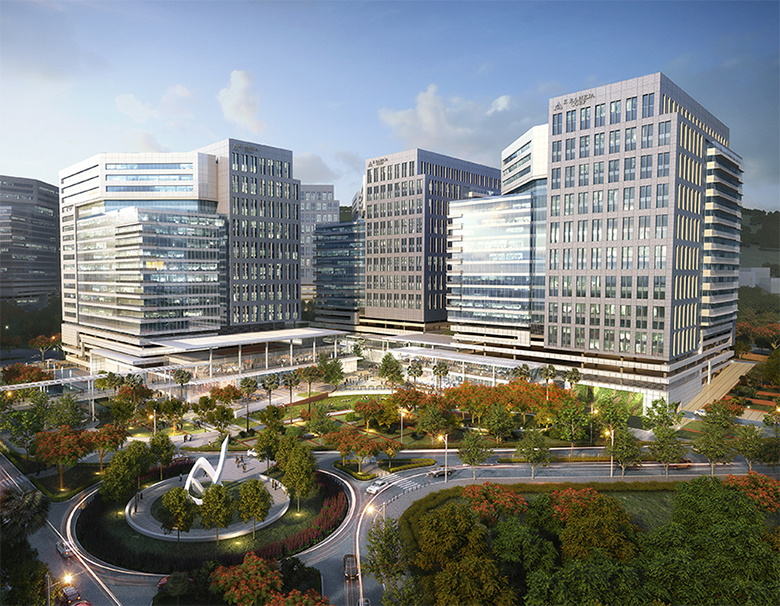 Mindspace provides real estate in high-end business parks such as Juinagar, in the Mumbai region

Mindspace Business Parks, a real-estate investment trust backed by US private equity firm and Indian property developer K Raheja, aims to complete its IPO by the end of March, becoming the second Indian Reit to list in Mumbai within a year.

According to a draft prospectus filed by Mindspace on December 31, issuers aim to raise at least $150 million through the sale of fresh shares, with bankers hopeful that demand will push the deal size closer to the $200 million mark.

That the sale is going ahead at all is testament to the success of the first Indian Reit to hit the market. Embassy Office Parks Reit, launched in March 2019, was the result of years of hard work by Blackstone, the largest holder of prime property in India, and Embassy Property Developments, a private firm owed by Bangalore real estate magnate Jitendra Virwani.

For years, the market remained stillborn, with regulators and politicians butting heads with bankers and investors over the key issue of double taxation. Only when prime minister Narendra Modi intervened to resolve the matter did Embassy get the go-ahead. It completed its IPO, which was oversubscribed 2.58 times, in March 2019, raising $690 million in a dual listing on Mumbai’s twin bourses, the BSE and NSE.

Years of delay have proved no barrier to success. Embassy was one of the investment stories of the year in India. Its shares priced at Rs300 ($4.21) apiece, opened strongly, and have climbed steadily ever since, closing on January 10 at Rs418.

“It took six years to go from the Reits market being launched as a concept in India, to getting an actual listed vehicle to market,” says Sunil Khaitan, head of India global capital markets at BofA Securities. Now, he adds, it’s the turn of Mindspace “to show that the market is more than a one-hit wonder”.

Like most Mumbai offerings, Mindspace has a heady number of underwriters – 13 in total, including BofA Securities, Citi and Morgan Stanley, as well as local outfits Axis Capital and Kotak Mahindra Capital. The trust’s portfolio has a total leasable area of 29.8 million square feet, of which 19.8 million is completed commercial property, the draft prospectus says.

Most of it is in the form of business parks located in Mumbai, Hyderabad, Pune and Chennai.

This is a notable quirk of the Indian market. In the likes of Hong Kong or Singapore, most prime office space is squeezed into the financial district and its environs, while in Mumbai or Bangalore, it is located in high-end business parks, some built in the centre, others in suburbs close to highways and railway lines.

Most boast superior infrastructure and a surprising range of amenities, from crèches to sporting facilities to restaurants, all centrally located. The best business parks rely on landmark occupants, typically including Fortune 500 companies, and have high occupancy ratios.

With its committed occupancy rate of 97.2% at the end of June 2019 and a long-term resident roster that includes JPMorgan, Barclays and UBS, Mindspace is no exception.

“A tenant might rent a few million square feet, but put a lot of work into making it ‘their’ place – installing carpets, lights and so on,” says a banker working on the IPO. “That is a big cost but also a big lock-in. It guarantees reliable income streams for the landlord, and the lack of alternative high-quality office space will give investors a lot of comfort that Mindspace will be a success.”

If India’s second Reit is a hit, securing ample interest from international buyers (about 85% of the stock issued in Embassy’s 2019 IPO was snapped up by foreign institutional investors, primarily from Asia and the US), more sales will follow.

In October 2019, Crisil, a Mumbai-based ratings company owned by S&P Global, tipped the amount to be raised by all onshore Indian Reits listings to be upward of $14 billion, although it did not provide a timeline.

India-based investment bankers are already looking to the deals that lie beyond. Canada’s Brookfield Asset Management is actively considering bundling together its local commercial property assets and listing them in Mumbai in the second half of the year. That sale, of 22 million square feet of prime commercial property, could raise up to $1 billion.

Other institutions known to be eyeing the chance to pool real estate assets and list them onshore include Singaporean sovereign wealth fund GIC, and two Bangalore-based investment firms, RMZ Corp and Prestige Estates.

Each sale is likely to aim to raise between $450 million and $600 million, depending on the success of Mindspace during the offer process and in the after-market, bankers familiar with the situation said.

After a grindingly slow start, investors and issuers hope real-estate investment trusts will be one of India’s more compelling investment stories of the