Risk Aversion Dominates on Concerns of Coronavirus Outbreak in China 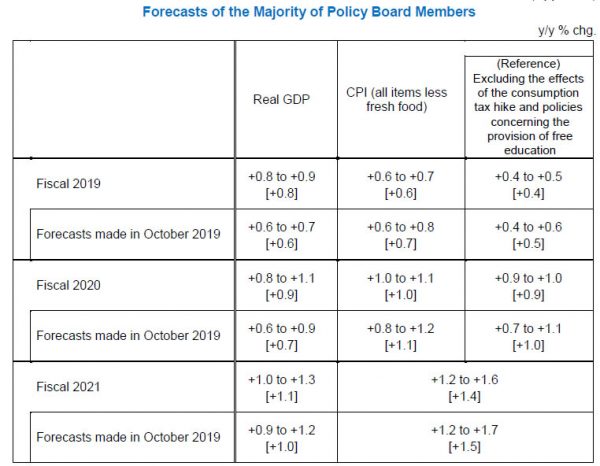 Risk aversion dominates the Asian markets today on concerns of coronavirus outbreak in China. Hong Kong HSI leads the way down, additionally pressured by Moody’s downgrade. In the currency markets, commodity currencies are broadly lower, with Australian Dollar suffering biggest selloff. Yen and Swiss Franc are the strongest for now. Focus will turn to UK job data, which could trigger another round of selloff in Sterling.

Technically, 0.6849 support in AUD/USD is in focus. Break will resume whole fall from 0.7031 and add to the case of near term bearish reversal. USD/JY is also eying 109.79 minor support. Break there will confirm short term topping and bring deeper corrective pull back. Gold’s break of 1563.11 resistance suggests that pull back from 1611.37 is over at 1535.91. Further rebound would be seen to retest 1611.37 high.

Asian stocks tumble on concern of coronavirus outbreak in China

Asian stocks tumble broadly today on concern of an outbreak of a coronavirus in China, as well as other countries in the region. China’s National Health Commission already confirmed that the virus which causes a type of pneumonia, can pass from person-to-person. That couldn’t come at the worst time as massive number of people are expected to travel within China before Lunar New Year.

According to a report by London Imperial College’s MRC Centre for Global Infectious Disease Analysis, it’s estimated that there were already over 1700 cases in Wuhan city by January 12. Such estimate was not commented by the Chinese authorities yet. But there were already cases reported by Thailand, Japan and South Korea, involving people from from Wuhan or who recently visited the city.

The virus is believed to be in the same family of Severe Acute Respiratory Syndrome (SARS), which killed nearly 800 people during an outbreak in 2003, starting in China and spread to Hong Kong. The World Health Organization (WHO) said yesterday that the primary source of the outbreak appeared to be an animal and some “limited human-to-human transmission” occurred between close contacts. WHO also called for an emergence committee on Wednesday to assess the situation.

Moody’s cut Hong Kong’s credit rating by one notch to Aa3 yesterday. The ratings agency also changed the outlook to “stable” from “negative.” In a statement, Moody’s said “the absence of tangible plans to address either the political or economic and social concerns of the Hong Kong population that have come to the fore in the past nine months may reflect weaker inherent institutional capacity than Moody’s had previously assessed.”

Protests in Hong Kong has now lasted for more than seven months. The first demand was met with the China extradition bill withdrawn after months of protests. Yet, there was no clear measures to address the rest of the “five demands” of the protesters. In particular, the government continuously refused to set up a commission of enquiry on policy brutality and corruption. In the meantime, there is increasing call for an independent and international inquiry into the Hong Kong police.

In response to Moody’s downgrade, the HKSAR government said: “Although Hong Kong has faced the most severe social unrest since its return to the Motherland in the past seven months or so, the HKSAR Government, with the staunch support of the Central Government, has firmly upheld the ‘one country, two systems’ principle and handled the situation in accordance with the law to curb violence on its own to restore social order as soon as possible”.