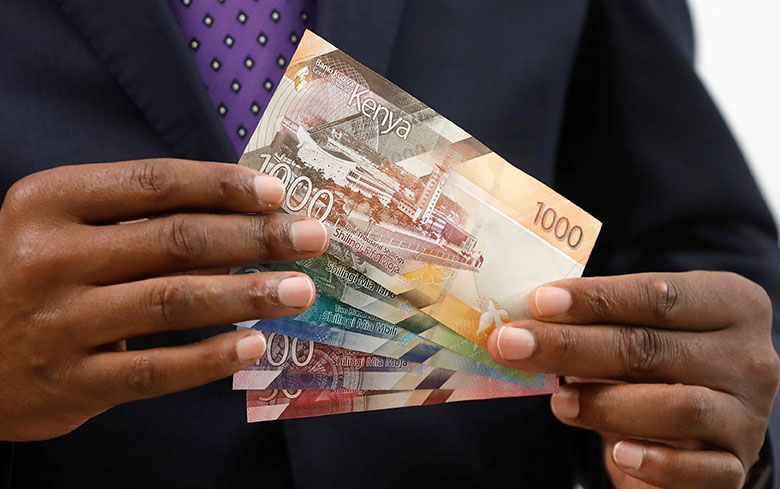 A Kenyan property developer has listed the first shilling-denominated green bond programme on the London Stock Exchange (LSE), marking a step forward in the bid to open up Africa’s local currency bond market to international investors.

Low global rates have bolstered demand for Kenyan and other frontier market local currency government bonds, but corporate risk has proved a stretch too far for most international investors, meaning that access to funding for African corporates is limited to local sources.

Recent developments in Kenya’s bond market may point to a way forward.

Acorn Holding’s green bond comes with a guarantee by development agency GuarantCo and is dual listed in London and Nairobi. The structure and international listing should alleviate the concerns over transparency, lack of available data and low liquidity that have kept many investors on the sidelines.

The proceeds will be used to finance the construction of six green-certified student properties in Nairobi. It is the first non-governmental green bond rated by Moody’s in Africa.

“An international listing in Kenyan shillings, or any other local currency, can not only help issuers raise investment without bearing foreign-exchange risk, but can also provide increased visibility and profile to set benchmark yields for future issuances,” says Shrey Kohli, head of debt capital markets and funds at LSE.

“Acorn has opened up a new avenue. Green bonds are one area we want to grow very aggressively.

“We know there is a lot of money out there targeting green assets so that is why the Acorn debut will be very good for future bonds.”

The bond is the first Kenyan shilling-denominated green bond listed on the LSE, though there are 101 African bonds currently listed there.

The deal is of particular importance to Kenya’s market because it is only the second corporate bond to be issued since the failure in 2016 of two banks, which resulted in large losses for the country’s pension funds.

The defaults by Chase and Imperial banks, which are yet to be resolved, had a negative impact on investor sentiment and were a setback to the development of Kenya’s capital markets, Odundo says. They were followed by a number of others.

“The market had expanded to well over 15 issuances until about three years ago,” he explains. “The private sector would bring out a bond and it would be fully subscribed, then we had two bond failures. There were some losses suffered in the bond market and [investors] were very unhappy.”

Now, investors are demanding secured or collateralized bonds to ensure greater protection from default risk and the market is slowly regaining their trust.

This is where organizations such as GuarantCo, which provides guarantees for local currency infrastructure bonds and is backed by the governments of the United Kingdom, Switzerland, Australia, Sweden and The Netherlands, come in.

“It can be a bit challenging raising financing if you don’t have a long track record,” says Janice Kotut, GuarantCo’s regional director for east and southern Africa, based in Nairobi. “The benefit of [the guarantee] is to crowd in institutional investors into the transaction.

“It is a landmark transaction with a number of firsts: the first project bond, the first deferred drawdown structure and the first under the new restricted public offering regulations.”

The deferred drawdown structure of the bond means that investors pay in as the construction of the student housing develops, rather than a lump sum at the beginning, which reduces the interest rate for the issuer.

It also means that local pension funds – the targeted investor base – do not need to liquidate existing investments to get involved.

The total value of guarantees written to date by GuarantCo is around $1.4 billion, enabling investments of $6.4 billion. Kotut says there is a strong pipeline of deals.

An off-benchmark bet, local currency bonds remain a niche product for many money managers, but the market has seen several developments in the past year or so that may make it more attractive to investors, says Esther Law, who manages a local currency debt fund at Amundi.

“For liquidity and transparency, the local market has developed,” she says.

Low interest rates and the need to diversify portfolios has kept investors focused on local currency bonds and provides a supportive backdrop for development in the year ahead, says Law.

One notable development is the availability of more regular price quotes, making it easier to gain the information needed to invest.