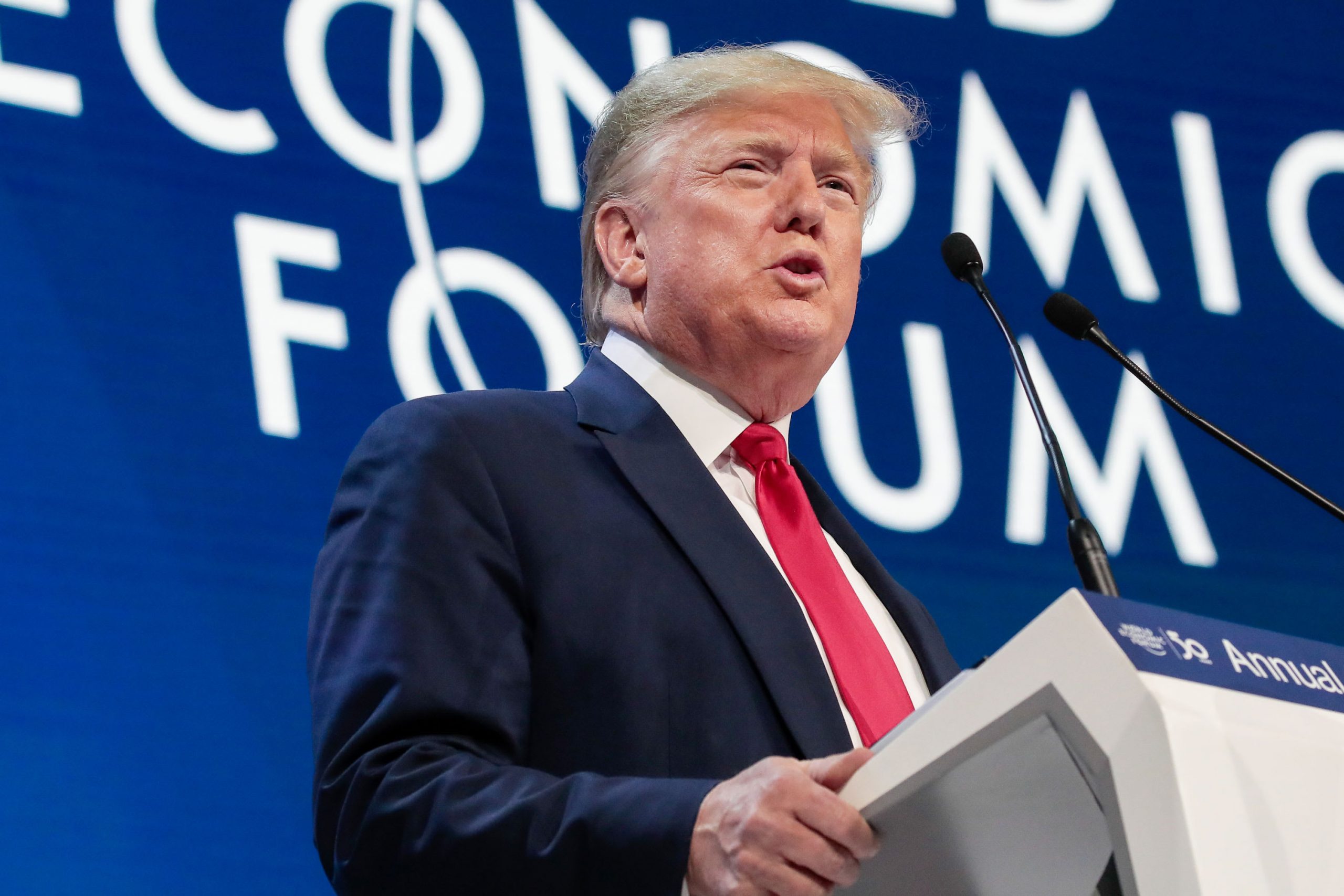 President Donald Trump took an opportunity to address world leaders on Tuesday to trumpet his “America First” agenda and encourage other nations to adopt a similar nation-focused approach to economics and political relations around the world.

“America’s newfound prosperity is undeniable, unprecedented and unmatched anywhere in the world,” Trump said at the World Economic Forum in Davos, Switzerland, hours before his impeachment trial was set to begin in earnest back home. “America achieved this stunning turnaround not by making minor changes to a handful of policies, but by adopting a whole new approach centered entirely on the well-being of the American worker.”

“Every decision we make on taxes, trade, regulation, energy, immigration, education and more is focused on improving the lives of everyday Americans,” the president added. “Only when governments put their own citizens first will people be fully invested in their national futures.”

The multiday forum in Davos is an annual event where the globe’s most powerful political leaders and corporate executives share ideas in the Swiss Alps.

Much of Trump’s speech focused on the success the administration has seen while pursuing an “America First” policy, a set of guidelines that tries to benefit average Americans through economic policies such as trade protections or tax cuts.

The policy, which has led to fierce trade battles with longtime economic partners like China, the EU and Mexico, has accompanied better-than-expected GDP growth in the U.S. as well as an unemployment rate under 4% and consistent records in the stock market.

Though bilateral trade deliberations have roiled financial markets for the better part of two years, the White House