Trump says GDP would be near 4% and the Dow could be 10,000 points higher if it weren’t for the Fed 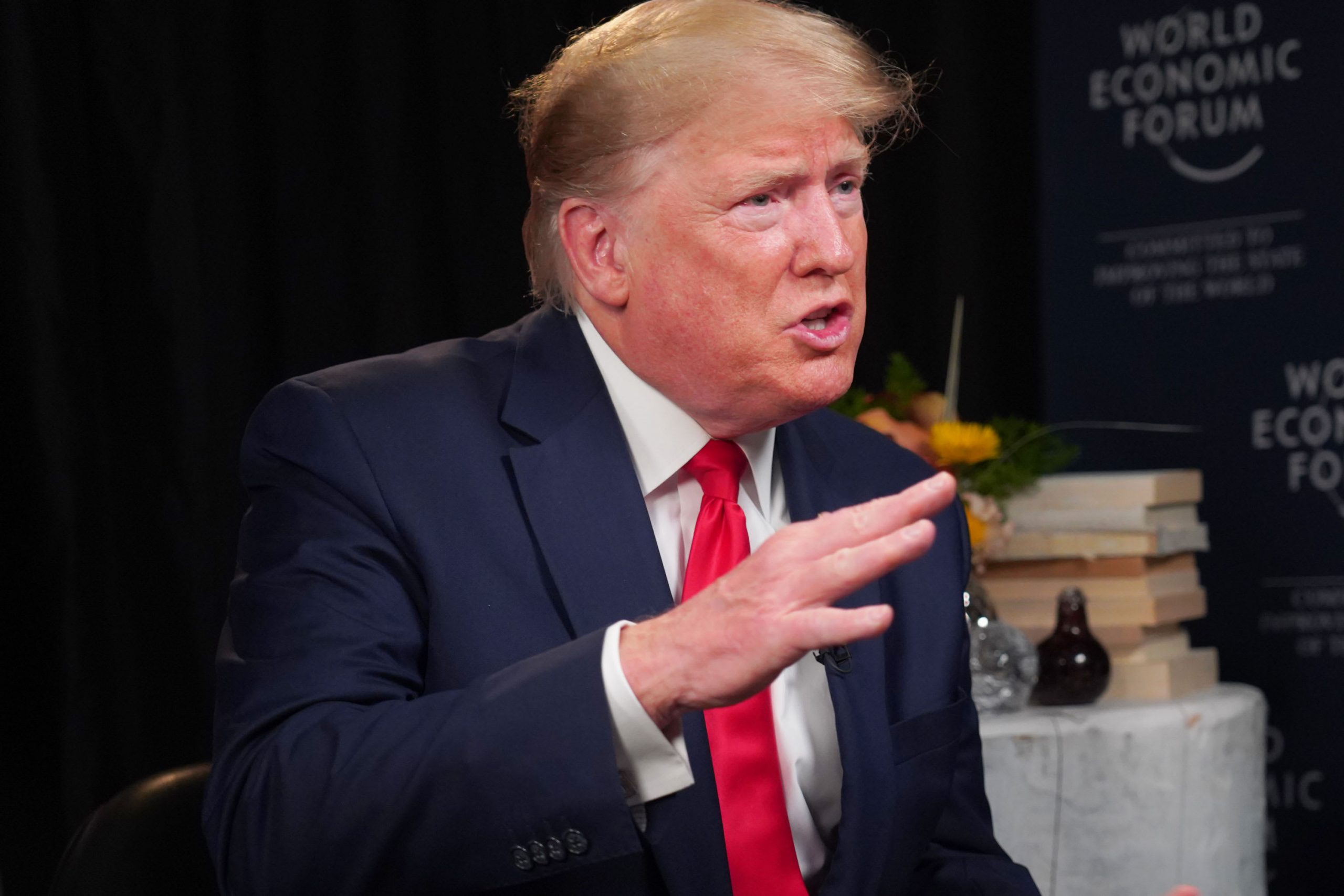 President Donald Trump told CNBC on Wednesday that U.S. economic growth would have been closer to 4% if it weren’t for the lingering effect of Federal Reserve rate hikes.

“That was a big blip that should not have taken place. It should not have happened. But it’s one of those things. But we had Boeing. We had the big strike with General Motors. We had things happen that are very unusual to happen,” Trump told CNBC’s Joe Kernen in an interview from the World Economic Forum in Davos, Switzerland.

The president also suggested that the stock market would be even higher than its already record-setting highs if the Fed hadn’t raised rates so quickly before cutting them three times during 2019.

The president has repeatedly taken the Fed and its chair, Jerome Powell, to task for raising rates too quickly, in his view. Trump nominated Powell to the role in November 2017, and the Fed raised rates four times in 2018.

The president’s remarks Wednesday echoed those his top economic advisor Larry Kudlow made to CNBC on Tuesday, when he predicted 3% growth in U.S. GDP in 2020.

“This is a long cycle, and what you’ve got here in the Trump years is essentially a mini upcycle,” Kudlow said Tuesday. “You’ve gone from 1.5% to 2% growth. We had it going at almost 4%, then the Fed tightened.”

Manufacturing and trade data released this month suggested the American economy ended 2019 on a strong note. The economy is expected to grow more than 2% in the fourth quarter. That would represent a slowdown from the 2.9% increase in 2018, and 2% growth would still suggest the decade-old expansion is set to continue into this pivotal election year.