BlackRock needs to walk the walk on climate change 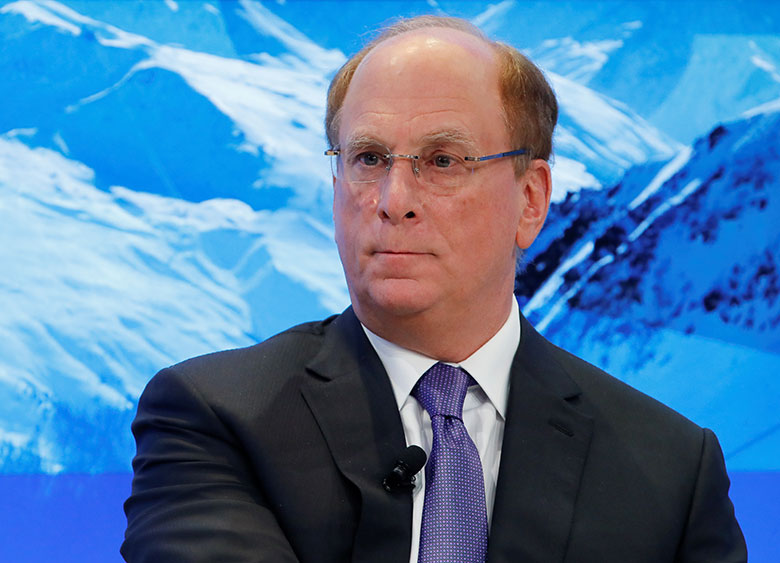 BlackRock CEO Larry Fink is getting serious about climate change.

“Last September, when millions of people took to the streets to demand action on climate change, many of them emphasized the significant and lasting impact that it will have on economic growth and prosperity – a risk that markets to date have been slower to reflect,” he declared in a letter to CEOs on January 14.

“But awareness is rapidly changing, and I believe we are on the edge of a fundamental reshaping of finance.”

That reshaping will result in a profound reassessment of risk and asset values, Fink said.

“Because capital markets pull future risk forward, we will see changes in capital allocation more quickly than we see changes to the climate itself. In the near future – and sooner than most anticipate – there will be a significant reallocation of capital.

“Every government, company, and shareholder must confront climate change,” he thundered.

According to a research paper published in September that draws on Morningstar data, BlackRock and Vanguard are among the asset managers least likely to support critical climate-related shareholder resolutions when they arise.

The paper, dubbed Climate in the Boardroom, pointed out that these two asset managers were both in the top five shareholders of all 28 US companies that held critical climate change resolutions last year. Indeed, they were the two largest shareholders at 18 of these 28 companies.

In the 2019 proxy season, 177 shareholder initiatives addressing social and environmental concerns were voted on at US corporates, averaging 29% support. Of the 84 resolutions addressing social factors that impact financial performance, BlackRock and Vanguard supported only 10%.

BlackRock voted against key climate change resolutions such as the request for gas utility Atmos Energy to provide a report on actions to reduce its methane emissions, and a proposal for engineering and construction firm Fluor Corporation to adopt targets to reduce its greenhouse gas emissions.

According to the Morningstar report, BlackRock and Vanguard voted against all of the US shareholder proposals backed by the $34 trillion Climate Action 100+ investor coalition.

Fink’s recent comments could, therefore, be taken with a pinch of salt.

BlackRock has long argued that it favours multi-year, direct dialogue with management on these issues rather than proxy voting, but this approach conveniently avoids voting against management at companies who give it pensions management business.

As Eli Kasargod Staub, co-founder of Majority Action, which produced the September report, points out: “Major asset managers such as BlackRock and Vanguard claim to undertake extensive engagement with companies, instead of taking strong stances via proxy voting.

“However, this engagement is opaque and lacks demonstrable results in changing company behaviour.”

In his recent letter, Fink declared that he will now require companies that BlackRock invests in to publish a disclosure in line with industry-specific Sustainability Accounting Standards Board (SASB) guidelines by year-end and disclose climate-related risks in line with Task Force on Climate-related Financial Disclosures (TCFD)recommendations.

Staub says that while BlackRock and Vanguard highlight the importance of disclosure in relation to climate risks in their 2019 reports, neither emphasize ensuring that those risks are also managed and mitigated through strategy and planning that aligns to global decarbonization targets and protects long-term shareholder value.

Nevertheless, despite his firm’s poor voting record on climate change resolutions, Fink declared in his recent letter that “given the groundwork we have already laid engaging on disclosure, and the growing investment risks surrounding sustainability, we will be increasingly disposed to vote against management and board directors when companies are not making sufficient progress on sustainability-related disclosures and the business practices and plans underlying them”.

The irony of this Damascene conversion will certainly not be lost on those that have lobbied for change only to see many resolutions defeated when large shareholders such as BlackRock routinely vote against them.