A Fed rate cut in 2020 is now on the table as coronavirus spreads, economist says 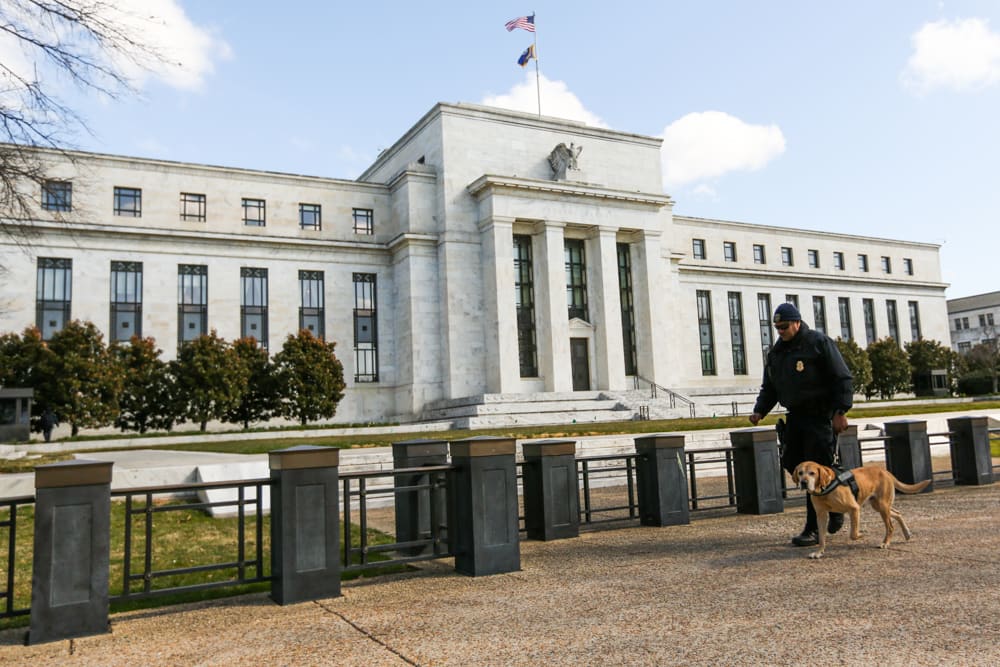 Central banks to the rescue?

As coronavirus spreads, market participants are trying to assess whether global central banks will make a concerted effort to stem the damage in their respective economies by leveraging monetary policy tools.

The People’s Bank of China kicked things off Monday with a $22 billion injection in an effort to boost liquidity as Asia stocks plunged on the first trading day after the Lunar New Year.

The outbreak could even force the Federal Reserve to step in and cut interest rates to ease the pain in U.S. markets, said Benn Steil, director of international economics and senior fellow at the Council on Foreign Relations.

“The [Federal Open Market Committee] traditionally has been like a giant tanker,” Steil told CNBC’s Seema Mody in a Tuesday interview on “Trading Nation.” “It takes quite a few months in order for it to turn around.”

Given how much Fed Chairman Jerome Powell has done to emphasize the central bank’s “wait-and-see” posture following its last cut, Steil doesn’t see the Fed moving immediately — but he’s not writing off another cut for this year.

“I would anticipate, if there are clear signs of a slowdown, that we will indeed see a rate cut sometime in the spring,” the economist said.

China’s economic growth could also be at stake as the virus weighs on Chinese corporate activity. China’s gross domestic product could fall to 5.5% from the 6.1% reported at the end of 2019 if the crisis worsens, Goldman Sachs predicted this week.

“It really depends on how quickly the virus is contained,” Steil said Tuesday. “If it’s contained very quickly, I think that’s a reasonable, although perhaps optimistic, forecast. If it’s not, if the cases can continue to grow rapidly over the next several weeks, we’re easily looking at a situation in which Chinese growth could halve over the course of the first half of this year to something closer to 3%.”

That could put a strain on the phase one U.S.-China trade deal, which includes China’s commitment to increase the amount of U.S. goods and services it purchases by at least $200 billion over the next two years, Steil warned.

“That was always a very ambitious target. Chinese officials themselves were pouring some cold water on it by suggesting that those numbers were subject to quote-unquote market conditions,” Steil said.

“Larry Kudlow, one of President Trump’s primary economic advisors, today suggested that there might be some delay in the quote-unquote export boom from the United States due to coronavirus,” he said. “So, the administration here does appear to be preparing the markets to dampen expectations.”

Even so, the United States is likely better equipped to react to any further market weakness than China, at least on monetary policy, the economist said.

“I think here in the United States, we’ve got better potential for using this device because debt levels in China have really built up to grossly unsustainable levels,” he said. “At this point, China is really pumping new liquidity into the market in order to dig ditches that are going to be filled in again — this has not been productive investment — whereas in the United States, I think the Federal Reserve does indeed have room to stimulate parts of the economy that are in slowdown mode, that are particularly important. I’m thinking in particular of manufacturing and the housing sector.”

As the potential for broader central bank intervention grows, “it’s not particularly surprising that markets are rallying,” Steil said, adding that the Chinese central bank’s $22 billion boost is “the first serious sign that China is reacting.”

“In the case of central banks, it’s not just the indicators that are forward looking, but the market is