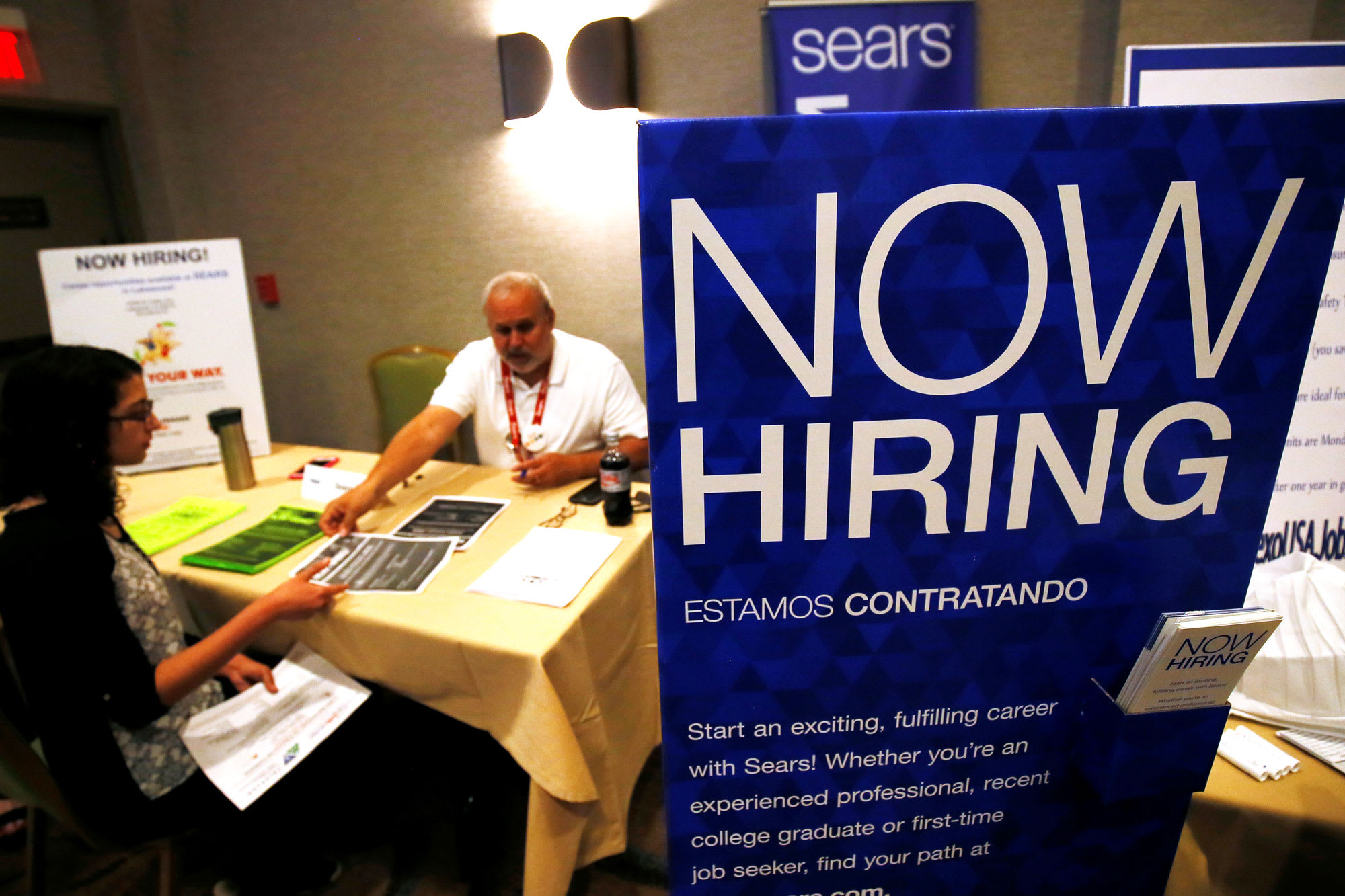 The jobs market kicked off 2020 in grand fashion, adding 291,000 in private payrolls for the best monthly gain since May 2015, according to a report Wednesday from ADP and Moody’s Analytics.

That was well above the 150,000 estimate from economists surveyed by Dow Jones and more evidence that the U.S. still is a good distance from full employment even with the jobless rate at its lowest point in more than 50 years. The total also was a sharp gain from the 199,000 in December, which was revised down 3,000 from the initial count.

Growth came across a swath of industries.

Leisure and hospitality led with 96,000 new jobs, but education and health services also contributed 70,000 and professional and business services added 49,000. On the goods-producing side, construction rose by 47,000, the best growth since the 62,000 added in January 2019, and manufacturing was up 10,000, the biggest monthly gain since last February.

In all, services added 237,000 positions compared with 54,000 for goods producers. Trade transportation and utilities rose by 8,000, while the information and financial activities sectors contributed 2,000 apiece. Natural resources and mining was the sole loser with a drop of 2,000.

“It’s juiced by very mild winter weather,” said Mark Zandi. “The fingerprints of that are all over this report.”

Leisure and hospitality and construction are both weather-sensitive and got boosts from the higher than normal temperatures and low precipitation.

Taking that into effect, Zandi said the underlying trend for monthly job gains is about half of the January report, or around 150,000, still enough to maintain the unemployment rate.

From a size standpoint, the expansion was concentrated in businesses that have 50 to 499 employees, with growth of 128,000. Small companies added 94,000 while large industries grew by 69,000.

The figures come a day after President Donald Trump spent a good portion of his State of the Union address talking up the jobs expansion during his first term. Nonfarm payrolls have grown by 6.7 million since Trump took office in January 2017.

“Incredibly, the average unemployment rate under my administration is lower than any administration in the history of our country,” Trump said. “If we had not reversed the failed economic policies of the previous administration, the world would not now be witness to America’s great economic success.”

The ADP count comes two days ahead of the government’s more closely watched nonfarm payrolls report, which includes government jobs that ADP does not count. Job growth likely came in at 158,000 compared with the initially reported 145,000 in December, according to Dow Jones estimates. The unemployment rate is expected to hold at 3.5%, the lowest since December 1969.

Economists occasionally will adjust their numbers to reflect the ADP estimate, though the two counts can differ substantially on a month-to-month basis, as they did in December when ADP’s figure was well ahead of what the Labor Department reported.