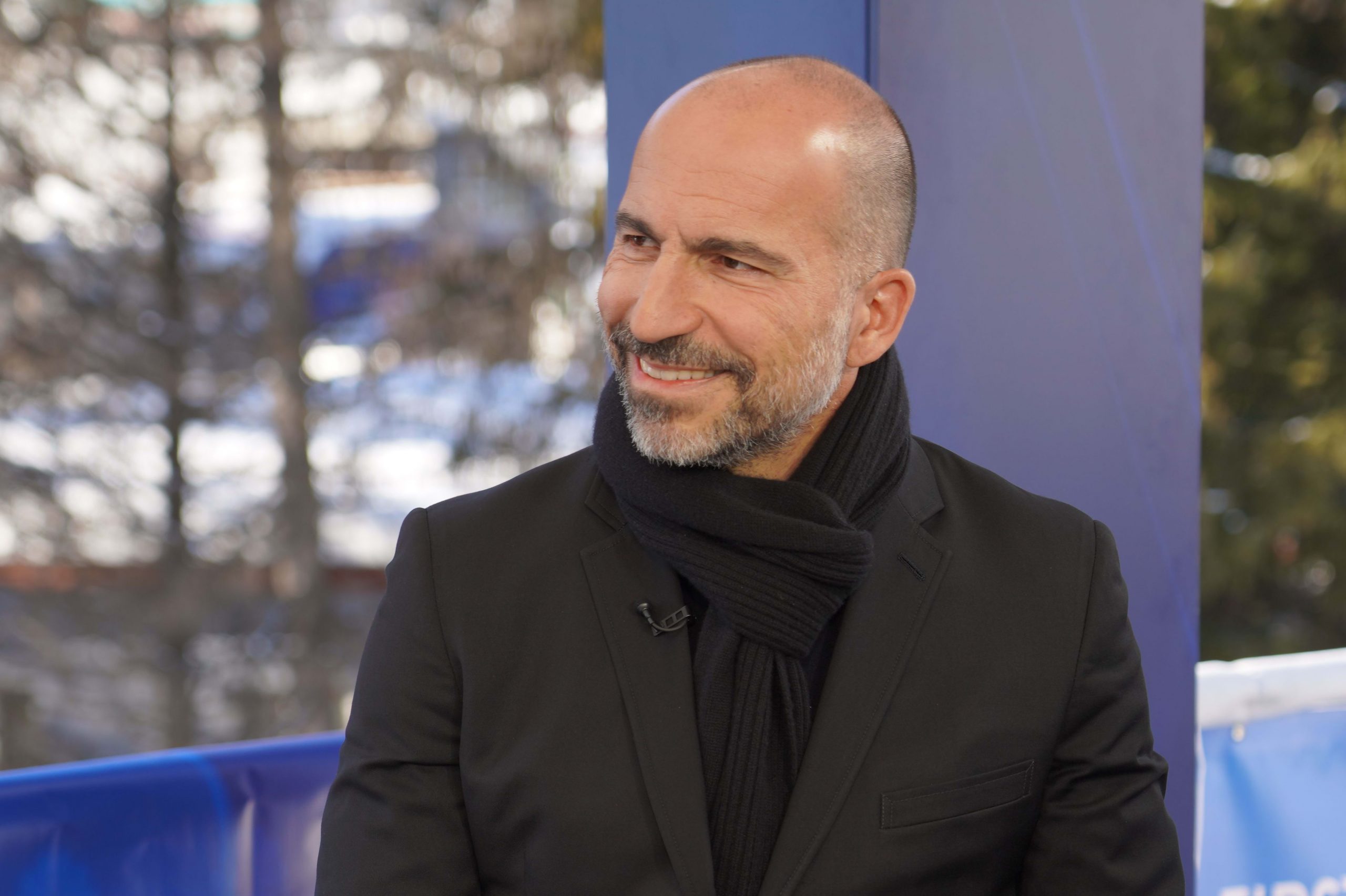 Here are the most important things to know about Thursday before you hit the door.

Uber is set to report its fourth-quarter earnings after the bell Thursday. Wall Street analysts are expecting the ride-hailing company to add to its staggering losses, forecasting a quarterly loss of 67 cents a share, according to FactSet.

The company reported a net loss of $1.16 billion for the third quarter. Its stock has lost 17% to around $37 a share since its IPO in May last year. CEO Dara Khosrowshahi previously told CNBC that the company is targeting adjusted EBITDA profitability in 2021.

Also after the bell Thursday, Twitter is on deck to release its quarterly results.

Analysts are expecting the social media company to rebound from a disappointing third quarter that saw a big earnings miss. The consensus on Wall Street is earnings per share of 29 cents in the fourth quarter, up from 17 cents per share earned in the third quarter and in line with the 31 cents made in the same quarter a year ago.

Twitter’s last earnings were plagued by product issues and advertising “headwinds.” Platform bugs also weighed on revenue. Analysts will look for more clarity on those technical problems in Thursday’s report.

“Lack of visibility into the remediation timeline and effects of the technical bugs keep us on the sidelines,” Suntrust analysts said in a note Wednesday. “We’re looking to get better clarity on these data issues, and on the expense outlook for FY20, following an already elevated level in 2019.”

The Labor Department will release the latest number for weekly jobless claims for the week ending Feb.1.

The number of Americans filing for unemployment benefits fell 7,000 to a seasonally adjusted 216,000 for the week ended Jan. 25, pointing to continued labor market strength. Economists polled by Dow Jones expect the number to fall slightly to 215,000 last week.

The number will follow solid growth in private jobs in January. The jobs market added 291,000 in private payrolls for the best monthly gain since May 2015, according to a report Wednesday from ADP and Moody’s Analytics. The gain was well above the 150,000 estimate from economists surveyed by Dow Jones.

Yum Brands (before the bell)

Estee Lauder (before the bell)

Tapestry (before the bell)

Bristol-Myers Squibb (before the bell)

Fiat Chrysler (before the bell)

Uber (after the bell)

Wynn Resorts (after the bell)

Activision Blizzard (after the bell)

Baidu (after the bell)