When conduct goes wrong, who do you blame? 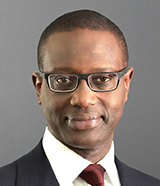 Where does the buck stop? The tribulations surrounding two bank chief executives – one just departed, the other still in post – bring this perennial question to the fore again.

On the face of it, there is clear blue water between the situation at Credit Suisse, where Tidjane Thiam has just been relieved of his chief executive role, and at Barclays, where CEO Jes Staley is the subject of his second regulatory probe.

Thiam was publicly exonerated – by none other than chairman Urs Rohner – of any personal involvement in spying on Credit Suisse employees. But the board determined that the buck nonetheless stopped with him. With no change of strategy emerging under new CEO Thomas Gottstein, and the board explicitly praising Thiam for his work, it’s clear that Thiam’s delivery was not the issue here.

The explanation for his departure was the repeat situation: to run a firm that is found to be spying on one of its employees is bad, but apparently survivable. For it to happen twice makes the “isolated incident” defence unsustainable.

Once that happens, things progress inevitably from the murk of one individual’s isolated misjudgement or otherwise and into the realm of institutional reputation. And in that sunlit upland, there is nowhere for a CEO to hide.

You can think that this is unfair. Perhaps it is. It certainly looks odd for a board to fire its CEO so effusively, which almost risks giving the impression he might have been being sacked for restoring Credit Suisse to profit.

But just as the rewards for the top position at a global bank are awesome, so is the responsibility for what happens on any CEO’s watch.

In the line of fire

And, so, to Jes Staley – not for the first time, either for him or for Barclays.

It was in 2012 that the then-chairman Marcus Agius took the fall for wrongdoing within Barclays, conceding that he was the “guardian of the firm’s reputation” and therefore should take the rap for shenanigans involving the bank’s Libor submitters and its traders. Rohner, it would seem, was on stronger ground with his country’s regulatory authorities.

But Agius’s fall turned out to be short-lived. One day later, his departure was rescinded in favour of jettisoning CEO Bob Diamond, who had singularly failed to display the right sort – any sort – of contrition with members of parliament scrutinizing Barclays’ behaviour. Then, as now at Credit Suisse, it was decided that the buck indeed stopped with the CEO.

So, what of Staley? In 2018 he suffered the ignominy of a regulatory investigation and subsequent financial penalty for his efforts to discover the identity of a whistleblower. The firm itself escaped sanction, and Staley was deemed by regulators to have retained the integrity required of a CEO. The bank was keen to portray Staley’s actions as the result of a misunderstanding rather than anything nefarious.

But now he is back in the line of fire, with the bank disclosing an ongoing regulatory investigation into his responses to a regulatory query about his historic relationship with Jeffery Epstein dating back to the time when Staley was running JPMorgan’s private bank.

Staley now regrets that relationship: “I thought I knew him well and I didn’t,” he told reporters. But it’s important to note that the investigation is explicitly into how he described his relationship to the regulators, not the relationship itself. If there is fault found here, it may arguably lie with the firm rather than Staley – although, again, where does the buck stop for that?

Barclays will of course let the current probe run its course, and the board has expressed its unanimous support for their man.

Credit Suisse felt on safe ground dumping a CEO whose strategy and performance it did not question because he was in the top seat when misdeeds occurred – even though it declared him uninvolved.

The relationship with Epstein developed when Staley was at JPMorgan. But if Staley is not exonerated by regulators this time around for something that, as in 2018, goes to the heart of his personal judgement, then the Barclays board may consider that the Thiam precedent has set the bar.