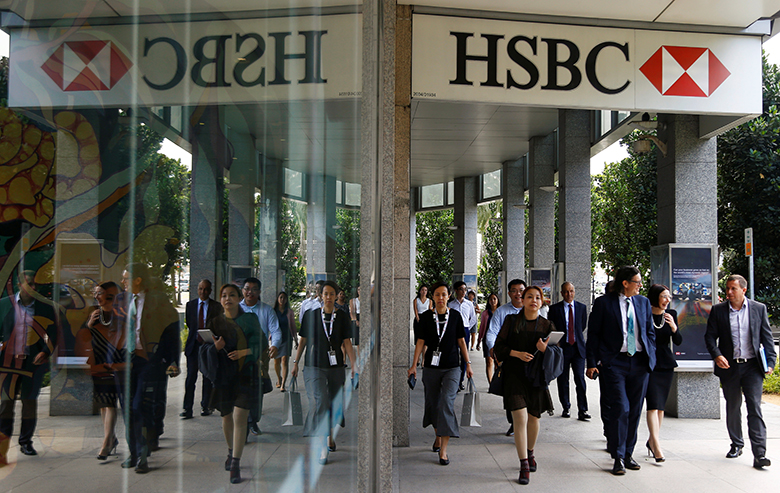 The most surprising moment in HSBC’s announcement today of what interim chief executive Noel Quinn describes as “one of the deepest restructuring and simplification programmes in our history” came at the very start.

It is usual for any bank’s annual results to be delivered by the chief executive and the chief financial officer. But chairman Mark Tucker took to the stage to outline the board’s first priority, above that of improving returns, which is still to select a new permanent chief executive.

“The board has embarked on a thorough and rigorous process to identify a new chief executive,” Tucker confirmed.

This has been underway since August last year when HSBC promised to announce the result within six to 12 months. Tucker says it will stick to that timetable. But it looks like the new person could be appointed towards the end of it.

Meanwhile, the bank is now cutting $100 billion of risk-weighted assets (RWAs) from the US and Europe, seeking to re-invest them mainly in growth in Asia, profoundly reshaping its entire US business, merging the separate middle and back offices of its commercial bank and its global banking and markets business, reorganizing divisions, merging the private bank into retail banking and wealth management, cutting $4.5 billion of annual costs – all while grappling with the unknowable impact of coronavirus on its most important market in Hong Kong.

“It is to Noel’s credit that he has grasped the task with energy and resolve,” says Tucker.

At heart, all bank reorganizations are simple and similar.

To sustain the dividend that is the chief reason to hold the stock, HSBC needs to deliver a return on tangible common equity of 11%. It set out a plan to achieve this 18 months ago, but the interest rate assumptions underpinning that have proved illusory. Rates are once again falling around the world.

It has been progressing slowly and, unfortunately, in the wrong direction.

It needs a new plan.

The bank will renew its focus on wealth management in Asia, while combining the global private bank it has been trying to grow in recent years with the group’s much bigger retail banking and wealth management business into a new wealth and personal banking division.

HSBC is scaling back its markets business, especially RWA-intensive business lines with low returns, and re-investing in its transaction bank. It will, for example, exit market making in long-term derivatives on G10 rates, cut back cash equity sales and research in Europe and move structured products from London to Asia.

It will spend to consolidate its position as a top-three investment bank in Asia and the Middle East, but its global ambitions are limited to being a top transaction services bank and a leading financing house.

The restructuring comes at a cost that will be spread over the next three years, and HSBC hopes to achieve its 11% RoTE target by 2022 with further revenue benefits by then baked in that will accrue in the years after.

Analysts worry that it may cut RWAs – and lose the associated revenues – faster than it can re-invest them.

Fine, the bank has suspended share buybacks for the next two years and will maintain the dividend. In the first two years of restructuring, it will likely accrete already strong capital – for now at 14.7% common equity tier-1, perhaps rising closer to 15% – before eventually heading back to 14% in recognition of a less risky business mix.

Could the dividend be in question?

Quinn explains that the cost-cutting programme is partly designed to mitigate that exact risk of RWA disposals and associated revenue declines running ahead of re-investment. But the medium-term benefit of cutting RWAs yielding 2% to 3% and reinvesting in RWAs yielding 5% to 6% is obvious.

HSBC will cut 45% of RWAs from the US global banking and markets business. Could the bank have been more radical? The US has long been a drag on group returns. Why not go further?

Quinn says: “We considered a number of actions with respect to the US retail bank, including exiting completely. But it is an important source of dollar liquidity and funding for the group. We think it is important to have a stable balance sheet in the US to support our leadership in international transaction banking.”

Quinn points out that the global transaction banking business is 70% denominated in US dollars: “We cannot put that business at risk by being sub-scale in the US.”

Previously, HSBC presented itself as a full-service retail bank on the east coast of the US and as a more focused bank serving affluent, international clients on the west coast.

HSBC will turn to the west coast model.