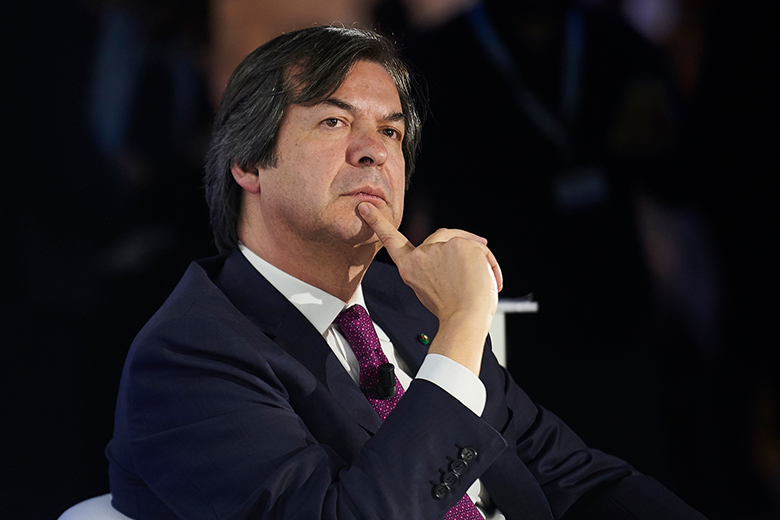 Jean Pierre Mustier has ruled out UniCredit from entering the fray for UBI Banca, following Intesa Sanpaolo’s €4.9 billion bid for Italy’s fifth biggest bank. In a letter to employees shortly after Intesa’s move, he reiterated that UniCredit remains focused not on M&A but on its internal transformation, its financing of the Italian economy and its businesses across Europe.

Mustier’s much-needed moves to de-risk UniCredit and strengthen its capital had already brought it close to losing its lead as Italy’s biggest bank by assets. Now the UBI takeover will tip the balance and make Intesa not just the market-share leader in Italy but also Italy’s biggest bank, with more than €1 trillion in assets.

But if UniCredit stays on the sidelines, that’s good news for Intesa – its main rival – as it rules out the only local interloper that UBI chief executive Victor Massiah might prefer.

According to one investment banker involved in Italian bank M&A discussions, UBI’s most likely white knights from abroad – BNP Paribas or Crédit Agricole – would be well-advised to wait for this deal to go ahead and then target Banco BPM, the third biggest bank, as they will then have fewer Italian rivals for such a deal.

Spanish banks are even less likely to get involved at this point, preferring Latin America.

UniCredit’s greater international spread means it might – one day – be better placed to do a similar deal in Germany, Austria, or in parts of central and eastern Europe. However, Intesa’s greater competitive advantages in Italy have put it on a better standing so far. Indeed, the main reason Intesa is better able than UniCredit to stage a takeover today is that its shares are priced roughly equal to book value, while UBI and UniCredit trade at a discount of 40% or more.

Intesa’s greater willingness or ability to consolidate in Italy will only emphasize UniCredit’s diminutive position in the north of the country, especially in Lombardy – which is the motor of the Italian economy – where UniCredit’s share is even less than mid-tier banks. Intesa CEO Carlo Messina consequently looks much cleverer than he did after considering and then rejecting a bid for Generali, Italy’s biggest insurer, just after Mustier had put UniCredit back on its feet with a €13 billion rights issue in early 2017.

Mustier will not be blind to the benefits of the UBI deal. With an apparently free path to a takeover that has so far been well received, Messina’s Italian crown seems even more secure.

Still, the question remains for UniCredit of whether it can fulfil an ambition that long predates Mustier’s reign and move beyond its overwhelming identification with Italy.

The key plank of that plan could be an eventual bid for Commerzbank. Whether or not Mustier will stick around at UniCredit long enough for that is another question.