Why did UBS choose Ralph Hamers for CEO? 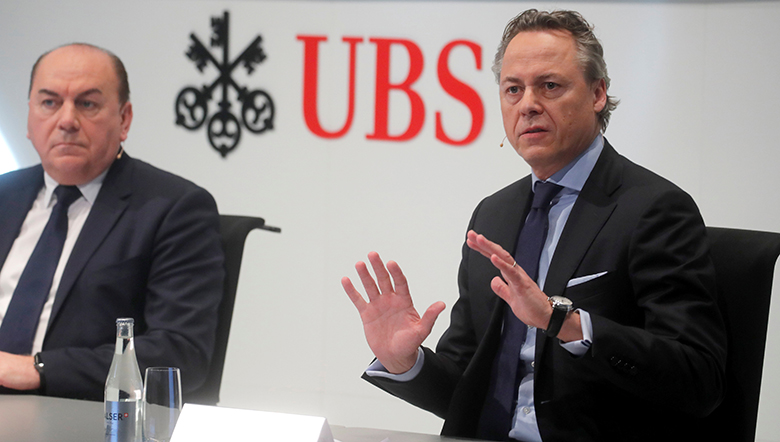 Ralph Hamers, like many people at the top of ING, is a fantastic salesman. As chief executive, he’s been exceptionally good at talking up the Dutch bank’s digital advance – most of all on the retail side. Hamers started out in ING’s structured finance division but he’s spent most of his career managing the bank’s various country-level operations, which have mainly focused on retail banking.

Now he’s becoming chief executive of UBS, one of the banks in Europe where mass-market digital prowess is arguably less important, given the size of its wealth management business and investment bank, which rely more on tailored products and in-person relationships.

The digitalization of retail banking is important for UBS, but only in its home market of Switzerland, which is nowhere near as dominant for UBS as the retail business is for ING. Hamers has experience of ING’s unusually international retail franchise, so he’s not just a Dutch banker. If UBS thinks its Swiss business is a pressing problem it must tackle, someone more familiar with the idiosyncratic Swiss environment might have been a more obvious choice.

This raises the question of what UBS wants to be in the longer term – does hiring Hamers suggest it wants to play a bigger role in the future not just of wealth management but also of European banking?

Although Switzerland is not in the European Union, the extent to which UBS sees itself as a European bank is evident in the past career of the CEO that Hamers replaces. Sergio Ermotti was previously deputy chief executive of Italian lender UniCredit. Ermotti is Swiss-Italian while UBS chairman Axel Weber is German and formerly president of the Bundesbank.

Under Hamers, ING has managed to stand out from the pack of European banks still struggling to find a place in the post-crisis world. That’s largely thanks to pressing home ING’s longer-standing advantages in digital banking, especially in neighbouring countries.

Most recently, however, the main aspect of Hamers’ digital-first approach has been less using the internet as a channel to gather retail clients abroad and more about making it cheaper and easier to run an international operation by starting to unite ING’s various country-level back offices – something very few other banks had done before.

This international operational transformation may have put ING in good stead in the longer term, and it has required pluck. But it has not always been smooth going, as Euromoney’s in-depth feature on Hamers and ING last summer showed.

Hamers’ decision to leave halfway through that process could put the project’s success at risk. As a consequence, Dutch bankers will now have even more evidence of the downside of the caps on their pay in the Netherlands, especially after ABN Amro’s rumoured difficulty in finding a new CEO recently.

Dutch politicians forced ING to climb down over an attempt to raise Hamers’ salary significantly in 2018. CEO pay has been bigger at ING than at ABN Amro, and in line with peers like KBC and Nordea. But Hamers could easily increase his salary by five times at UBS, and he could have found a similar pay rise by going to a big bank in the UK, for example.

The fuss over his pay has made Hamers more of a bankers’ banker of late. He’s been increasingly outspoken on negative rates. He stood his ground when UniCredit was sniffing around Commerzbank, after the latter’s merger with Deutsche Bank fell through last year. He has also been up-front with employees about the job cuts that the cost-saving aspects of closer international integration involve.

Hamers will no doubt be glad of a break from the low pay and hostility that bankers experience in the Netherlands, and these are qualities that UBS and Weber will respect. The battle with central banks over negative rates has a long way to go, especially in Switzerland, and it is especially challenging for banks that are big in retail, or in wealth management.