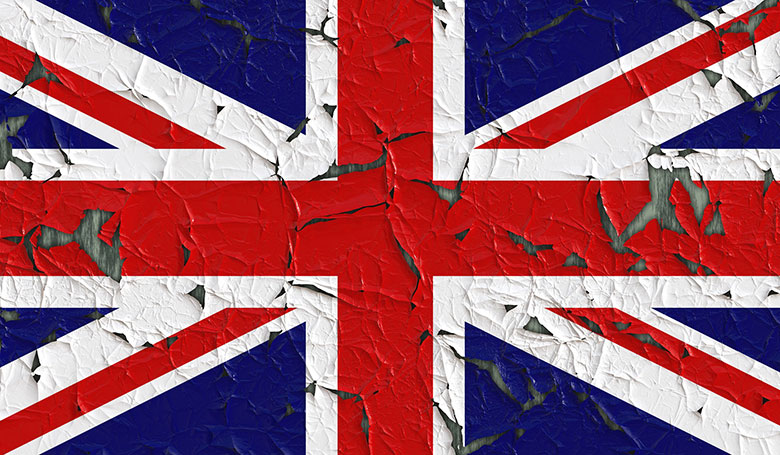 Boris Johnson’s Conservative Party was elected on a pledge to “get Brexit done”, a message that chimed with some of those who had simply had enough of three years of social division and parliamentary logjam.

And with the government emerging with its mandate substantially strengthened, the UK’s political stability score within the ECR survey improved as hopes rose that the deadlock would be eased, as well as the potential for investor-friendly legislation that the government might have hoped would usher in a new dawn.

However, barely had the government had time to outline its programme, pursuing post-Brexit negotiations with European partners and overcoming the setback of a finance minister resigning, it was hit by a pandemic delivering the biggest economic crisis in living memory.

How hard the country is being hit is becoming clearer, with some 42,000 Covid-related deaths and an ever-changing economic outlook depicting a darker canvas of growth, corporate profitability and unemployment.

In June, the OECD said the UK economy would suffer the most of any country in Europe, fractionally more compared with Italy or Spain and enough to make the government’s detractors and foreign investors sit up and take notice.

GDP is seen declining by an eye-watering 11.5% on a real terms basis this year, with private consumption down by 15%, exports by 16% and investment reduced by a fifth.

Of further concern, the OECD also outlined a double-hit scenario, assuming there might be a second wave of infections later in the year. In that case, real GDP would contract by 14%.

Chancellor of the exchequer Rishi Sunak still does his best to show an air of calm confidence, but even he must wake up at night in a cold sweat contemplating the predictions of a general government deficit widening to more than 12% of GDP under the best-case, single-hit scenario, after inheriting one which had narrowed to 2.1% last year.

According to the OECD, this will increase the general government debt burden from 85.4% in 2019 to 97.9% in 2020, with the unemployment rate soaring to an unpalatable 9% as more than three million workers claim benefits for the first time since the dark days of the 1990s.

Of course, there is no way of knowing how bad these figures might become. It will partly depend on whether another nationwide lockdown will be necessary, to save lives and protect the national health service. It will become clearer, too, when the government eventually reins in its financial support for businesses and furloughed workers.

The UK’s economic risk factors were all downgraded in the first quarter – notably the employment/unemployment indicator – and there is unlikely to be any imminent reversal. If anything, the numbers will only get worse in the second quarter. The results are to be released in the first week of July.

But the UK’s demise is not a sudden, swift and dramatic loss of faith. It has been occurring steadily over time, worsened by the tortuous Brexit debate, the post-referendum fall-out and the negotiations to seal a post-Brexit deal, given the government’s refusal to seek an extension for until the pandemic has eased.

Euromoney’s country risk survey clearly shows this. The UK score has fallen 17 points over the past decade, which groups it along with severe risks such as Syria, Greece, Italy and Lebanon in terms of the magnitude of the downward shift over time.

Of course, the UK is still a considerably safer bet than any of those countries; but lying 32nd in the global risk rankings it is now at the bottom of the second of five categories into which all 174 countries in the survey are graded, regardless of whether the UK is about to fall into tier three.

It might well do so. The UK’s credit ratings are already out of line with other similarly ranking countries, such as Slovakia, one place above in the survey, and Poland, one place below:

One of Euromoney’s survey contributors, Norbert Gaillard, an independent sovereign risk expert, says he plans to downgrade all European countries, treating the UK similarly to France, Italy and Spain in terms of the Covid-19 impact.

Positively, he sees the UK’s public debt as largely sustainable, saying this is “partly because the monetary policy followed by the Bank of England is proactive and governor Andrew Bailey is as reliable as Mark Carney”.

He also views political risk as lower in the UK than in France, Italy and Spain, mainly due to the fact “PM Boris Johnson has a strong majority and no general election to prepare for”.

Equally, he warns the UK’s future is now more uncertain than any eurozone country, assuming the European Stability Mechanism provides support to southern European countries. The main challenge relates to its capacity to reach a good trade deal with the EU by December, thus paving the way for a significant rebound of the British economy in 2021.

By a “good trade deal” he says he means “an agreement that will reduce trade volatility and enable British firms to make business in the EU almost as before. The harder the trade deal, the weaker the economic recovery in 2021 and beyond.”

This is a crucial point, he says, adding: “Since the advent of the globalization era, the British economy has preserved some form of diversification owing to foreign direct investments, contrary to Germany which has thrived on its own [national] industry.

“This means that the UK cannot afford any form of ‘soft protectionism’: a hard Brexit could lead to a major divergence between the UK and the EU in terms of economic recovery (for 2021 and 2022) and investment climate. A no-deal Brexit would have devastating consequences for the UK and depress its ECR rating.”

Another contributor to the survey is Zabdiel Ruiz, an economist who works for a British government agency – speaking in a personal capacity independent of that organization.

According to Ruiz, the perception of the UK around the globe has deteriorated for a couple of years now, with Brexit, and more recently Covid-19, providing the main explanation.

“I believe that, if well managed, the Brexit situation in the totally new context of the coronavirus will see the UK bounce back and become an attractive country to invest in,” he says.

“I base my opinion on the fact that even if economic growth does not happen at the pace the UK would like, 2019 was a year when the unemployment rate reached a minimum of 3.7%. On the government finances, we had seen an increase of the public sector net debt. However, it is explained mainly by the quantitative easing programme from the Bank of England.”

Ruiz adds: “The situation after the Covid-19 lockdown and the behaviour of consumers will be important to watch as they will be the driver of the recovery. An important industry to watch will be tourism, especially domestic tourism.”

However, he also keeps his optimism in check, noting the fact that Fitch downgraded its UK sovereign borrower credit rating after the increase in the fiscal deficit occurred as a response to the Covid-19 outbreak.

Given that situation, he believes the fiscal and monetary stimulus were appropriate, but he also agrees with Fitch’s assertion that “reducing public deficit and debt levels is unlikely to be a policy priority for the UK government once the health crisis has subsided”.

This might, Ruiz adds, become “the detonator for other rating agencies to downgrade the UK, though not below a fairly high investment grade”.

It all depends on how well managed Brexit is.

“Avoiding a cliff-edge on the EU-UK commercial transition is the priority and if it is avoided the outlook for the UK might positively change,” says Ruiz.

Investors already weighing into UK assets must be hoping he is right, as it is clear they must also be willing to absorb an increasingly higher level of risk.