How can banks balance stakeholders and Covid-19? 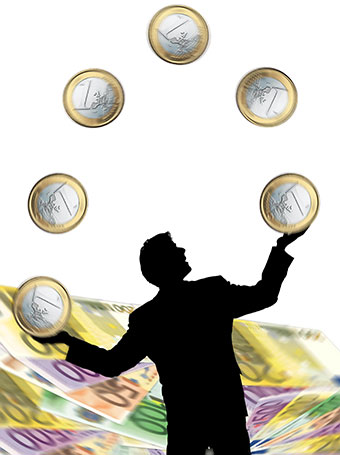 For banks, the potential conflict between local community loyalty and the interests of both prudential supervisors and international investors is not new. But, especially in Europe, the coronavirus crisis is making it an urgent question once again.

Banks need to protect their capital. At the same time, in this emergency, they must do all they can to support clients whose repayment capacity they know. And they will want to contribute to the humanitarian effort.

However, the question is whether or not it is their role to prop up small businesses whose creditworthiness is hard to fathom, anymore than it is to intervene directly in public health systems.

This has been less of an issue for German and Swiss banks during the coronavirus crisis because their states moved early to guarantee 100% of small business loans – and because their public health systems are less stressed.

Elsewhere in continental Europe, by contrast, banks have competed to pledge liquidity to businesses at their own risk and to make big donations to health services and charities.

This is not a case of wealthy chief executives throwing banknotes out of their limousine windows. Well-considered and well-timed philanthropy adds much to a firm’s reputation, morale and, therefore, value.

Yet the problem is that when extraordinary gifts coincide with dividend freezes and the increasing likelihood of rights issues, shareholders may think they’re taking second place. That is why some banks, such as the big Spanish lenders, have been especially careful to source their donations entirely from cuts in board and senior management pay.

In this extraordinary period, sacrificing part of their pay can be the right thing for chief executives to do, as it means corporate gifts can be relatively large and seen to be appropriately funded.

It also provides leadership for the next layer of management down (although perhaps frontline staff putting their lives at risk to keep branches open should be better rewarded).

Italy, above all, faces a health and socioeconomic disaster that is big enough to threaten the whole European project. Intesa Sanpaolo should therefore be applauded for its €100 million contribution in March to the national government’s crisis response unit, matching a similarly-sized donation from insurer Generali.

Globally, only Bank of America and Barclays started out in the crisis with such large gifts. BNP Paribas and Societe Generale have each donated €50 million; BBVA and Santander have both given €25 million.

But the debate about the governance implications of such actions is especially prickly in Italy, partly because of a personality clash at the top of the sector. Intesa’s chief executive Carlo Messina was much less happy with the European Central Bank’s request for a dividend freeze than Jean Pierre Mustier, chief executive of UniCredit and head of the European Banking Federation.

Perhaps Mustier is more worried than Messina about reguhttps://www.euromoney.com/article/b1ld7ryqsz1ljp/monetary-financing-is-quotthe-only-way-out-in-a-democracyquot-says-santander39s-bot237nlatory capital. Certainly, both Mustier and ECB chief supervisor Andrea Enria feel the freeze is appropriate because of the bad optics of paying big dividends now.

From Messina’s perspective, however, he has already shown his social sensibility through the €100 million donation. He has further contributed €1 million of his own pay to the health crisis, with another €5 million coming from top management.

But especially in light of a recent bid for mid-tier rival UBI Banca, Messina is more vulnerable than Mustier to the accusation that he may be over-prioritizing his local status.

Positioning itself as a national champion has at times undermined Intesa’s credibility – as in its 2017 flirtation with a Generali merger – despite the fact that it has usually been more successful than rivals by doing a better job with local bank mergers.

UniCredit, by contrast, has long taken a more international stance, but its portfolio of banks in Italy and elsewhere are less profitable. Mustier has pointedly not competed against Intesa’s liquidity pledges and donations – or in the UBI deal. UniCredit’s coronavirus donations are all employee funded.

Since the crisis broke, he has taken a 75% pay cut, foregoing roughly €2.7 million of remuneration that will be donated to the UniCredit Foundation.

The only thing all can agree on is it that it would be better if southern European governments were able to do more to mitigate this emergency. Weak state capacity increases the need for private and even informal means of support, bringing hard choices between putting aside short-term financial and governance probity and prioritizing the immediate humanitarian crisis.

The prevalence of such tradeoffs in southern Europe makes it urgent for the European Union to provide a stronger sovereign backstop. The interconnected weakness of economies and institutions could, sooner or later, bring the whole edifice down.