Sterling Continues to Shine While Stocks Take a Breather 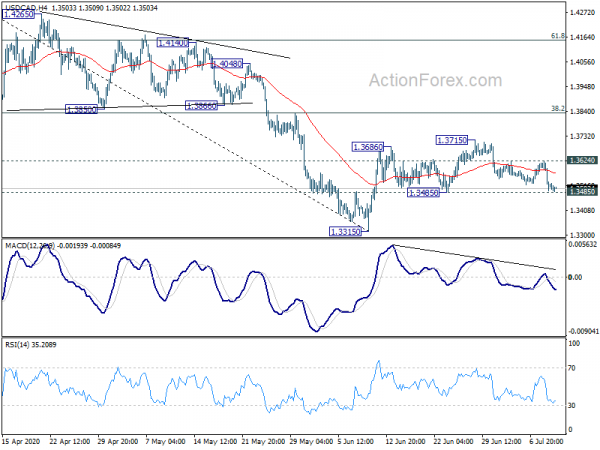 Sterling continues to trade as the strongest one on stimulus optimism while Europe majors are also firm. On the other hand, Dollar remains the weakest one, even worse than Japanese Yen. Stock market rally might take a breath again today with US futures pointing to flat open. Major European indices are also mixed. After all, there is still not clear sign of topping in risk markets despite resurgence of coronavirus infections. But, due to lack of fresh inspirations, movements in the markets are relatively muted.

Technically, EUR/USD’s rally is somewhat lacking follow through momentum, partly thanks weakness in EUR/GBP. Nevertheless, further rise is still mildly in favor to retest 1.1422 short term top. EUR/JPY continues to eye 122.11 resistance and break could bring upside acceleration towards 124.43 short term top. If that happens, EUR/USD could be lifted too. Another immediate focus is 1.3485 support in USD/CAD and break will indicate completion of rebound from 1.3315, and bring retest of this low. This might be an early signal of comeback of commodity currencies.

In the branch managers’ meeting, BoJ Governor Haruhiko Kuroda said “economic activity is expected to gradually resume”. But, for the time being “severe situation will continue due to the impact of infectious diseases both inside and outside Japan”.

“If the impact of the infectious disease then subsides, pent-up demand (restricted demand) is expected to emerge and recovery production is expected. As a result, the Japanese economy is expected to improve,” he added.

As for monetary policy, Kuroda said “we will closely monitor the effects of the new coronavirus infection and, if necessary, take additional monetary easing measures without hesitation. It is assumed that the policy interest rate will remain at or below the current level of long and short interest rates.”

ANZ said: “New Zealand is in an enviable position (touch wood), with activity largely back to normal, as demonstrated by traffic and spending data and many other indicators. After the rigorous of lockdown we deserve a pat on the back and a little splurge…. Uncertainty is extreme and the global outlook dire. But for now, we’re getting on with our economic lives, and that’ll be helping to repair business’ balance sheets.”

Inflation is expected to slow in the coming months as the flooding-driven increase in food prices should prove short-lived. The inflation report affirmed our view that PBOC will maintain an expansionary, but targeted, monetary policy stance. 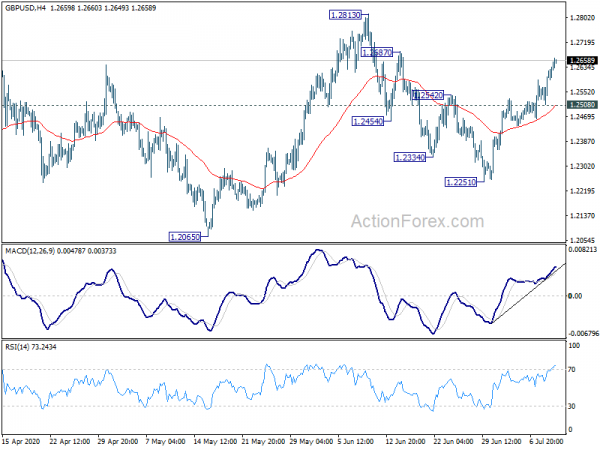