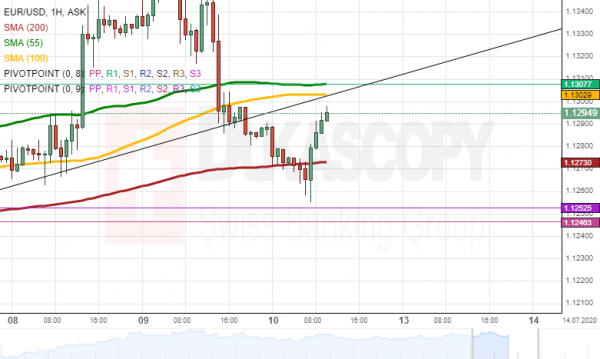 On Thursday, the EUR/USD currency pair breached the short-term ascending channel south. During today’s morning, the pair pierced the 200-hour SMA near 1.1270.

It is likely that the exchange rate could face the resistance formed by the 55– and 100-hour SMAs, as well the weekly R1 near 1.1300. Thus, some downside potential could prevail in the market.

Meanwhile, note that the rate could gain support from the weekly and monthly PPs at 1.2500. Thus, the Euro could consolidate against the US Dollar in the short term.