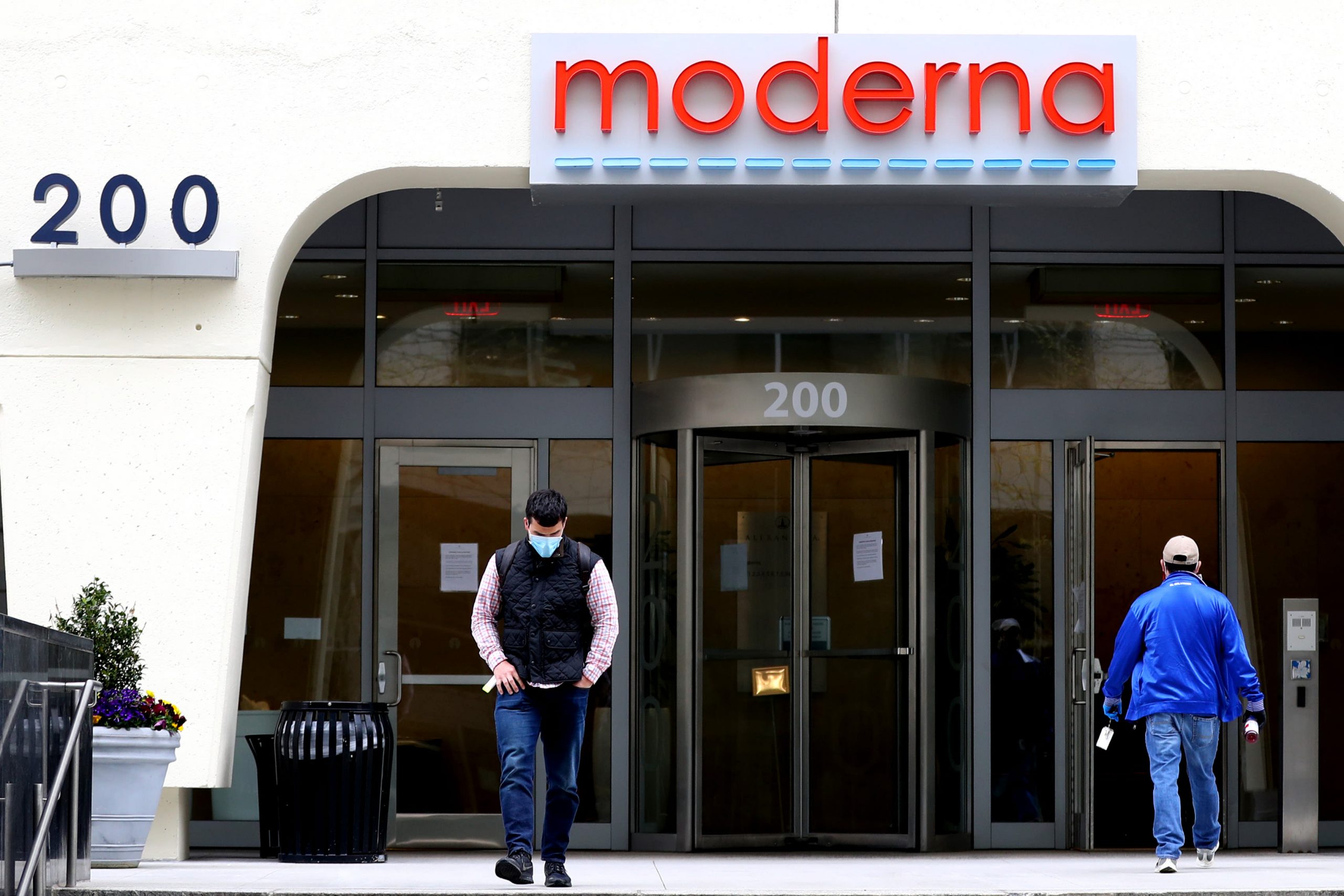 A view of Moderna headquarters on May 08, 2020 in Cambridge, Massachusetts. Moderna was given FDA approval to continue to phase 2 of Coronavirus (COVID-19) vaccine trials with 600 participants.

Gap — Shares of the retailer jumped 8.9% after RBC Capital Markets upgraded the stock to outperform from sector perform. The firm said in a note that the company will benefit from “secular tailwinds” and a decrease in fixed costs after the pandemic.

Bank of New York Mellon — Shares of the mid-sized bank dropped 7% after its CEO warned of “downside risks” due to the struggling economy and low interest rates. The bank did beat Wall Street expectations for the second quarter, reporting earnings of $1.01 per share on $4.01 billion of revenue. Analysts estimed 91 cents in earnings per share on $3.89 billion of revenue, according to Refinitiv.

PVH Corp – Shares of PVH jumped more than 5% after the apparel maker said it is shutting down 162 retail stores and cutting 450 jobs in North America, due to the impact of Covid-19 on apparel sales. The move affects 12% of its workforce and will save about $80 million annually, the company said.

Fortinet — Shares of Fortinet dropped 6% after Goldman Sachs downgraded the cybersecurity company to neutral from buy. The Wall Street firm said it sees meaningful revenue deceleration, citing a negative trend in a survey.

U.S. Bankcorp — Shares of U.S. Bankcorp gained nearly 3% after the bank reported second-quarter earnings that beat estimates. The  Minneapolis bank said it earned 41 cents per share in the quarter, compared to analysts’ estimate of 32 cents, according to FactSet.