Covid-19 could be good for Gulf equities 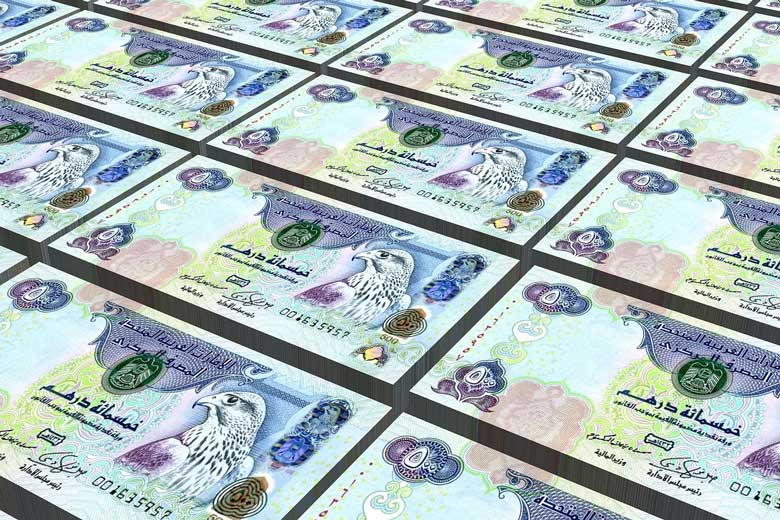 Trading volumes at the Abu Dhabi Securities Exchange (ADX) fell by over a quarter in the first half of 2020 as the coronavirus pandemic hit activity. However, a listing from national energy company Taqa and several initiatives to encourage new listings could revive a lacklustre equity market.

Indeed, with lower income from oil sales and a weaker global economy, many Gulf governments are expected to raise funds by privatizing or consolidating some of their high-quality assets, much as Saudi Arabia did with Saudi Aramco last year. And Covid-19 could well be the catalyst for action sooner rather than later.

“There is definitely a case to be made that Covid is the ultimate accelerator,” says Hootan Yazhari, head of Middle East and North Africa equity research at Bank of America.

“It could force a lot of things that were expected to happen into a shorter time frame. Some privatizations could be accelerated, and we’ll see a further opening up of investment, for example allowing foreigners to take majority stakes in companies in the region.”

Gulf equity markets have struggled to attract the attention of international investors for some time, and the sharp decline in volumes was inevitable in the wake of the Covid-19 pandemic.

Total trading volumes for the first half of 2020 fell to Dh40.7 billion ($11 billion) from Dh54.7 billion a year earlier, while total market capitalization fell to Dh494.6 billion as of June 30, 2020 from Dh519.9 billion over the same period last year, according to the ADX’s first-half results.

There is definitely a case to be made that Covid is the ultimate accelerator. It could force a lot of things that were expected to happen into a shorter time frame

The downturn in global commodity prices and the perception of heighted geopolitical risk in the region have kept many investors on the side lines, while a lack of investible assets and lower liquidity mean that even if they wanted to enter, it is difficult for them to access the market at any scale.

“We have seen that international investors have definitely lost their appetite for GCC equities, and that has only intensified in wake of coronavirus,” says Yazhari. “It is a perfect storm on banks, and with concerns on dividends, people are not jumping into the region.”

But the ADX received a boost in July when Taqa completed the merger of its energy and water assets with some of Abu Dhabi Power’s assets. This increased ADX’s total market capitalization by 20%, to a total of Dh607 billion.

The asset-transfer deal has made Taqa the third-largest listed company in the UAE by market cap, and it will likely make up a sizeable chunk of MSCI’s GCC Countries index, forcing fund managers to take a view on the company.

ADX chief executive Khaleefa Al Mansouri says it will be the first of many such trades and one that will boost the profile of the index among international investors.

“Taqa is the initial step that will open the door for other sectors follow,” he says. “There will be more in healthcare and industrials where the government has a strong hold. We expect Taqa to be included in MSCI, and then more institutional [investors] will come in.”

Separately, the ADX is working on initiatives to increase the volume of smaller traded stocks and bring more diversity to the exchange, which is largely dominated by banks and real estate, says Al Mansouri.

The ADX has met over 25 private-sector companies this year and is offering incentives to family-run businesses in the region to list.

While the Covid-19 crisis has delayed immediate plans for listing, Al Mansouri says once the economy recovers, he expects some of these companies will use the ADX’s infrastructure to raise funds and IPO.

The government of Abu Dhabi published new guidelines in January for the listing of family-owned businesses, but so far activity has been limited.

“It requires more communication, awareness and education on the value of listing, and the benefits both in terms of transparency, governance and sustainability,” he says. “We’re having dialogues with family businesses about the value proposition: what’s in it [for them], when they list.”

ADX has five or six large family businesses in its education-awareness programme, and Al Mansouri expects to see some of them raise equity funding this year.

However, Mehdi Kaoukabi, a fund manager at frontier-focused FIM Partners, is not convinced that market conditions are conducive to capital raising.

“[There is a] question of raising capital, but [also] getting the best valuation for existing shareholders,” he says. “The market is still quite low at the moment and we won’t see many listings, if any this year. There might be some next year as companies work to maximise their value.”

But capital markets are likely to become a necessary source of fundraising once government stimulus packages end. The coronavirus-induced economic slowdown and lower oil prices have left many of the Gulf’s corporates strapped for cash.

Unlike in the US where companies can turn to both the equity and debt markets to raise funding, Gulf governments have been providing stimulus packages and support, allowing companies to delay debt repayments and banks to grant emergency loans to corporates.

“Once government support is removed, at that stage or ahead of that we could see a wave of equity issuances – privatizations, recapitalization,” says Yazhari at BofA.

The relaxation of foreign ownership laws in the UAE would also bring in more investors.

In the first half of 2020, some Dh6.3 billion of additional stock became accessible for international and local investors after four ADX-listed companies raised foreign ownership limits.

Al Mansouri is keen to raise the profile of the ADX among a broader audience of investors and is working with its investment banking partners to hold roadshows for listed companies.

An agreement signed in February with FTSE Russell will also raise the profile of the exchange among funds that track the FTSE, he says.

“We are as a market one of the highest dividend-paying markets in the world, so we think there is a story for those who are looking for long-term sustainable dividend-paying companies,” he says.

The ADX is also keen to attract the expanding pool of environmental, social and governance-focussed investors. Earlier this year it launched its ESG report, the first of its kind to be issued by an exchange in the region.

“We have a lot of questions [from ESG investors],” Al Mansouri says. “We are encouraging listed companies to look at the criteria and disclose against it. We will then establish a sustainability index to allow companies and investors that are focussed on sustainable products to approach these.”

The ADX is focussing on transparency and governance after high-profile scandals at Abraaj and NMC Group, both of which served to damage the reputations of Gulf companies more broadly.

“It is very difficult,” Al Mansouri says. “This happened under the eyes of the regulator and capital markets, and many of our institutions were exposed. There needs to be a more stringent review on some of