Dollar Slips, Stocks Rally As World Awaits Next US President 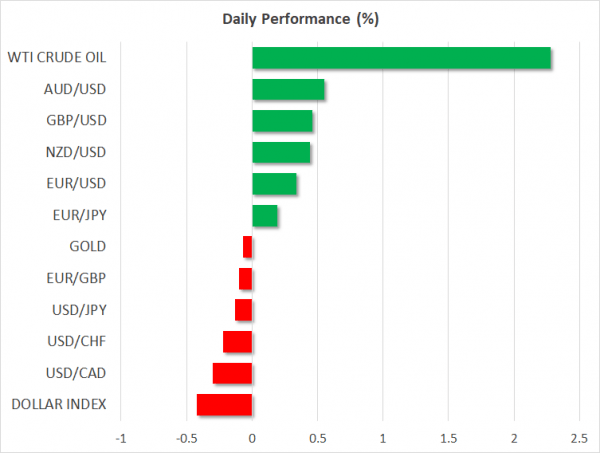 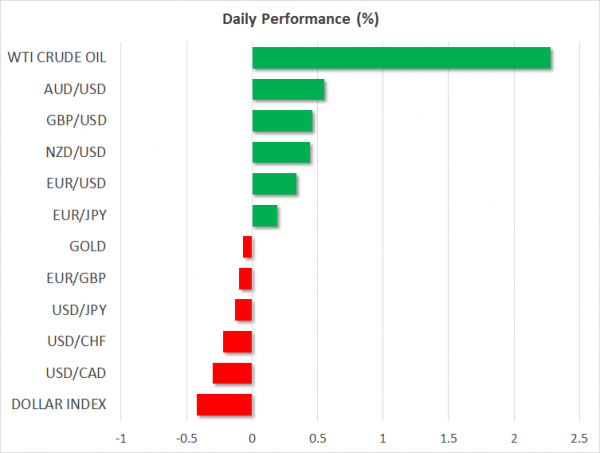 Americans go to the polls today to vote for the next president of the United States following a chaotic election campaign amidst a global pandemic. Most final polls ahead of the election put Democratic candidate Joe Biden with around an eight-point lead over incumbent President Trump. Biden also appears to hold a narrow lead in enough swing states that would secure him the presidency. Although it’s more than possible that Trump’s energetic mass rallies in recent days where thousands of supporters have turned up might just tip the balance in his favour, the fact that almost 100 million Americans have already cast their vote means a late surge for Republicans might come too late.

However, the biggest worry for investors isn’t who will be the next occupant of the White House but the prospect of a tight finish where the final result won’t be known for weeks. Trump has reportedly threatened to legally challenge the results in some battleground states and a prolonged legal fight is the worst outcome for the markets right now as it would cause political gridlock and delay any agreement on a new fiscal stimulus bill.

Are fears of double-dip recession overdone?

Those risks and overall caution ahead of Election Day are keeping safe-haven assets supported even as the broader risk appetite recovers somewhat from last week’s turmoil. Upbeat manufacturing PMIs for October from China, Europe and the US have soothed some of the blow from last week’s lockdown announcements, which risk plunging the Eurozone and the UK into a double-dip recession.

However, if the October services PMIs due on Wednesday are equally encouraging and the lockdowns are not extended beyond November, ensuring a strong recovery in time for Christmas, Q4 GDPs might not be quite as grim as initially feared. Hence, there’s a sense in equity markets that last week’s panic may have been an overreaction.

European stocks charged ahead by around 1.5% today, extending Monday’s solid gains and after another strong session in Asia. E-mini futures for Wall Street’s leading indices were last up by between 0.7% and 1.2%, with the Nasdaq Composite set to underperform for a second day.

Dollar pulls back, hard to keep the aussie down

The US dollar was under selling pressure on Tuesday as risk aversion subsided, with its index pulling away from yesterday’s one-month high. But as trading enters the final hours of voting, it’s questionable whether the greenback’s slide will be sustained. The first polls are expected to close at 0:00 GMT on the US East Coast and if recent elections are any indication, the outcome could be clear anytime between 04:00-07:30 GMT.

The safe-haven gold climbed higher as investors anxiously awaited the result of the US election, though the softer dollar was also a factor in its ascent. Yet, the precious metal struggled to reclaim the $1,900/oz level, suggesting little danger of pre-election market hysteria.

Perhaps more telling were the spikes in the one-week implied volatility for the yen, euro and the offshore yuan, signalling traders are anticipating some turbulence after the election.

But for now, risk-on is the order of the day and the Australian dollar leading the gainers was evident of this. The aussie surged by 1% even after the Reserve Bank of Australia cut the cash rate to a record low of 0.1% and expanded its asset purchase programme by A$100 billion.

Aside from the fact that the RBA’s moves were mostly priced in, comments from Governor Lowe that he does not think the aussie is too overvalued at the current exchange rate likely added to the currency’s upside.

Sterling also bounced higher amid signs the UK and the EU are finally getting close to reaching a compromise on fisheries in the Brexit negotiations. The euro and the kiwi were other notable gainers on Tuesday.