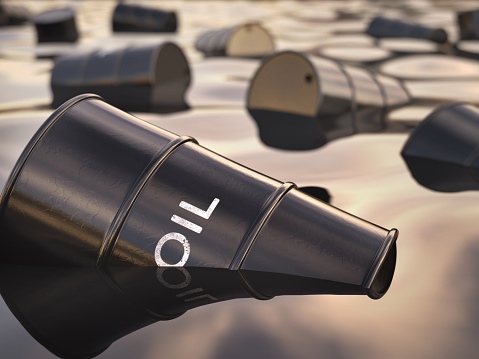 A strong surge in the Dow and DAX yesterday on the US Election day and that has reduced the danger of seeing a deeper fall that we had been mentioning for some time. We will have to se how the market reacts as the election results come out. On the charts, the Dow can move up to 28500-29000 again while above 27200 now. DAX also has room to test 12400 on the upside. Asian are trading mixed. Nikkei has risen sharply and can now test the crucial long term resistance levels of 24000 and 24500 from where it can reverse lower again. Shanghai is trading lower within its broad 3180-3450 range. Sensex and Nifty have risen well yesterday and are looking bullish to move up further to test 41000 and 12000-12100 in the coming days.

The American Petroleum Institute (API) reported a major draw in crude oil inventories of 8.01mln barrels for the week ended 30th Oct against analyst expectation of an inventory build of 890,000 barrels. This has aided a rise in crude prices today. We may expect volatility in the crude prices ahead of the US election results and EIA’s crude inventory report due today. Gold has faced rejection from 1920 and could be headed towards 1880-1860 in the very near term. Silver looks ranged for now and Copper could be limited to 3 on the downside with an eventual rise towards 3.20/25 on the cards.

Brent (40.10) and Nymex WTI (38.06) have both risen well from recent lows. Upside could be limited to 43.50 on Brent and 41 on WTI just now and unless these levels break on the upside, we would remain fairly bearish on rude prices for November. Immediate support is seen at 32.50 on WTI and 35 on Brent.

Copper (3.0525) is trading low just now but downside could be limited to support at 3.0. On the upside, however there is enough room for a rise towards 3.25. A slow and steady rise towards 3.20 could be on the cards for the medium term.

Currency markets remain volatile ahead of the US election results. Dollar Index may rise towards 95.20 while Euro, EURJPY look bearish. Aussie and Pound remain within a broad range and needs to break on either side to indicate a firm directional view. USDINR looks bullish towards 75 while above 74.50. USDCCNY and USDJPY both look bullish for the near term.

Dollar Index (94.1620) has risen well and could be headed towards 95.20 on the upside before again falling from there. Watch interim resistance at 94.40 which if breaks could take it higher to 95.20.

Aussie (0.7117) has been fluctuating within 0.7222-0.7000 and looks ranged for now without any clue of which direction to take. We would wait and watch for now before taking any firm stand on further directional view.

Pound (1.2988) also is ranged within the broad 1.29-1.31 region and unless a break on either side is seen, it would be difficult to decide which direction the Pound would take.

The US Treasury yields have moved up further and are heading towards their key resistances as expected. We expect the resistances to cap the upside and trigger a fresh fall in the coming days. The German Yields have bounced slightly but it is likely to be short-lived. The downtrend remains intact and we expect the yields to extend the fall. The 10Yr GoI will have to break above the immediate resistance in order to see an extended rise from here before reversing and resuming the broader downtrend.