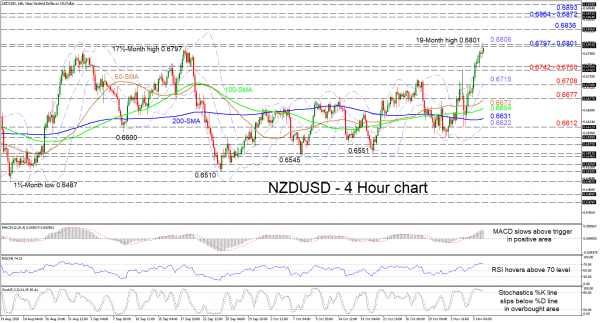 NZDUSD retreated slightly from a newly formed resistance band of 0.6797-0.6801 involving the previous 17½-month high of 0.6797. The improvement in the bullish simple moving averages (SMAs) is assisting positive price action, while the technical indicators reflect some waning in the pair.

The short-term oscillators reflect the struggle in price to ascend further. The MACD some distance in the positive region, is above its red trigger line but looks to be easing somewhat, while the RSI is hovering above the 70 level. In overbought territory, the stochastic %K line has dipped below its %D line but has yet to clearly confirm negative tendencies in price. Nevertheless, a deeper pullback cannot be ruled out as the peaks zone seems to be keeping buyers at bay.

Summarizing, in the short-term picture NZDUSD appears to hold a neutral-to-positive tone. A break above this may reinforce a bullish bias, while a return below the mid-Bollinger band may neutralize the bias. 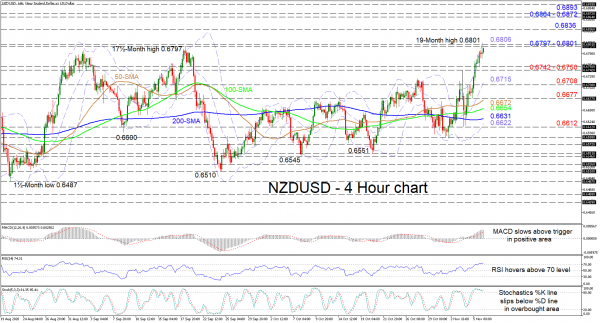