Unemployment claims are falling. But that’s not necessarily because people found work 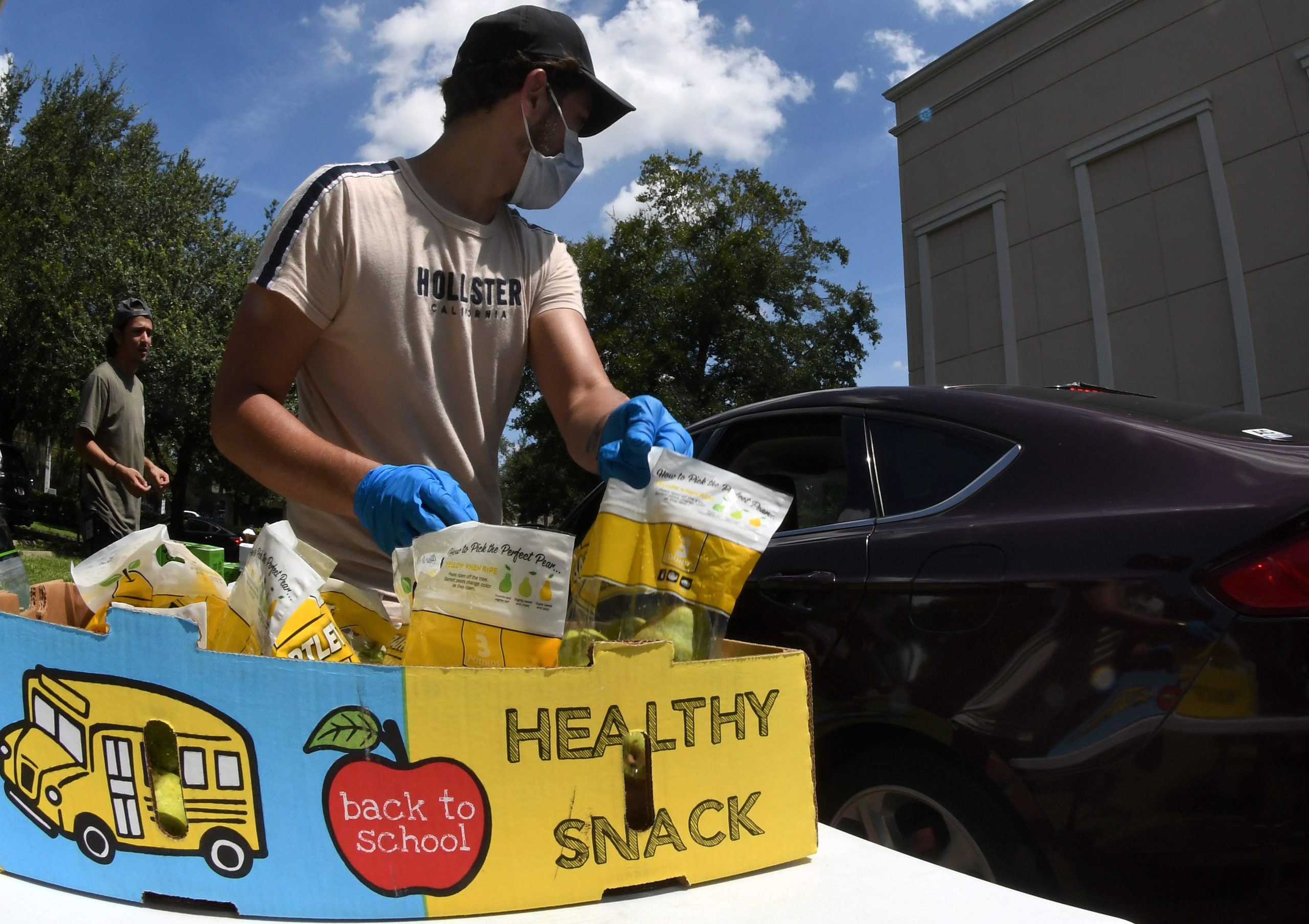 Volunteers distribute food to the needy in Orlando, Fla.

Continuing claims for unemployment benefits are the best available proxy for the total number of people receiving jobless aid. Claims have fallen by more than 10 million since the early summer.

There were around 21 million continuing claims through state and federal programs at the end of October, according to the Labor Department. That figure is elevated by historical standards, but down from nearly 33 million at the end of June.

A return to work likely accounts for a large portion of the decrease, said Susan Houseman, research director at the W.E. Upjohn Institute for Employment Research.

Other statistics seem to point to such a trend, she said.

For example, the U.S. unemployment rate fell to 6.9% in October — less than half the 14.7% peak at the height of the coronavirus-fueled downturn in April, according to the Bureau of Labor Statistics.

However, blind spots in the data make the extent of that positive impact unclear, experts said.

For one, workers are starting to exhaust their entitlement to unemployment benefits, Evermore said.

That’s true for self-employed and other workers in the Pandemic Unemployment Assistance program, for example, Evermore said.

These workers are generally eligible for up to 39 weeks of benefits dating back to the end of January. Such workers would have stopped getting aid around the end of October or early November.

Cracks in the system

“There are [also] tons of opportunities for people to fall off benefits,” Evermore said.

Most states pay up to six months of traditional state unemployment insurance. (Some pay less.) Workers that exhaust these benefits can transition into temporary programs that continue aid.