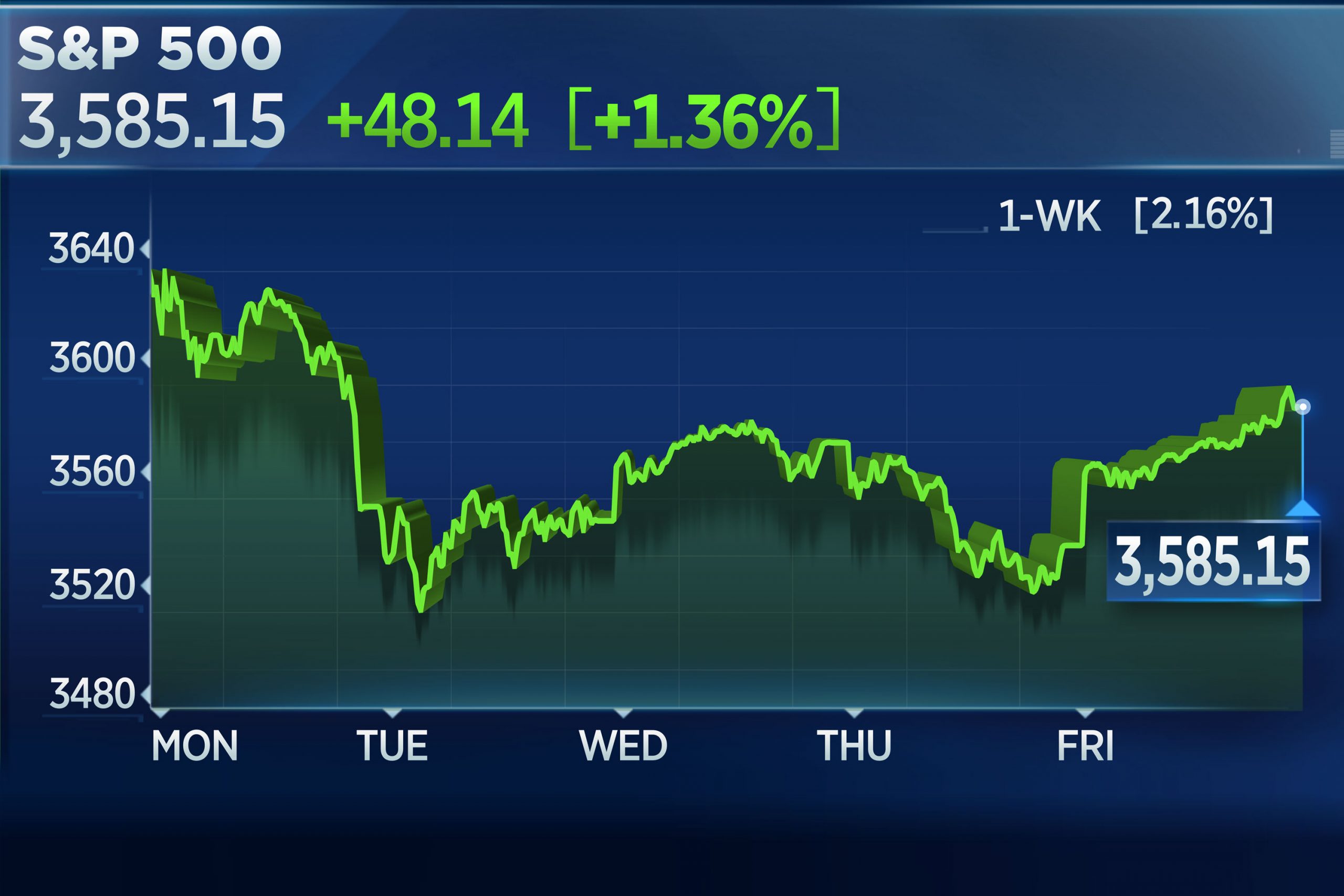 U.S. stocks rose on Friday as investors bet again on stocks that would benefit from a potentially effective vaccine and economic recovery next year.

Shares of cruise operator Carnival rose more than 7%. United Airlines and Boeing were both up more than 5%. Disney closed 2.1% higher on the back of better-than-expected quarterly numbers. At the sector level, energy and industrials rose 3.8% and 2.2%, respectively, to lead the S&P 500 higher. Financials were up more than 1%.

Both the Dow and S&P 500 logged strong weekly gains, boosted by Pfizer’s news on Monday that the vaccine it is developing with BioNTech was more than 90% effective in a trial. This caused a rotation into the cyclical stocks that would benefit from an economic comeback next year. Investors dumped technology shares which have held up during the pandemic.

“This week’s positive vaccine news is a game-changer in our view, as it allows the market to look through the recent surge in COVID-19 cases to the impending end of the pandemic and broader reopening of the economy,” wrote Marko Kolanovic, JPMorgan’s head of macro quantitative and derivatives strategy, who was among the first to call the market’s turn in March.

The rotation paused midweek as traders worried that a rising number of coronavirus cases could hit the economy significantly before a vaccine gets here.

A CNBC analysis of data compiled by Johns Hopkins University showed average daily new cases are up by at least 5% over the past week in at least 47 states. Hospitalizations, meanwhile, rising in at least 46 states. On Thursday alone, more than 150,000 cases were confirmed in the U.S.

The resurgence in coronavirus cases has also led some parts of the country to re-adopt stricter social-distancing measures. In Chicago, Mayor Lori Lightfoot asked residents to cancel their Thanksgiving plans and stay indoors as cases rise in the city. In New York state, Gov. Andrew Cuomo said new curfews on bars, restaurants and gyms will take effect on Friday.

Phillip Colmar, partner at MRB Partners, wrote in a note that the global economic recovery “will be sustained, but the V-shaped portion is over, and we have already transitioned to a slower pace of two-steps forward and one back.”