US 30 Index Returns Lower After Spike To Record High 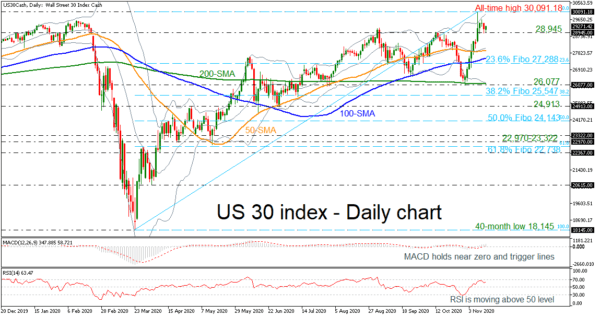 The US 30 index posted an aggressive spike towards a fresh all-time high of 30,091.18 on Monday before returning near the previous high of 28,945.

Momentum indicators in the daily chart are currently supporting that positive momentum is likely to strengthen in the short-term. Specifically, the RSI is picking up speed slightly below the overbought region and the MACD continues to distance itself above its trigger line.

Should the price move higher again, the bulls could extend the uptrend towards the aforementioned record high before the price enters uncharted paths such as 30,500 and 31,000.

Summarizing, the short-term bias is bullish though the index could be close to overbought levels, with the long-term outlook also being positive. 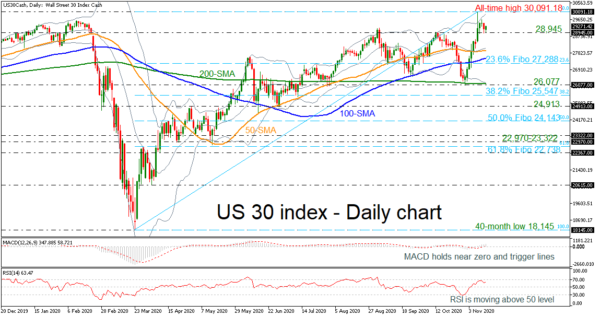