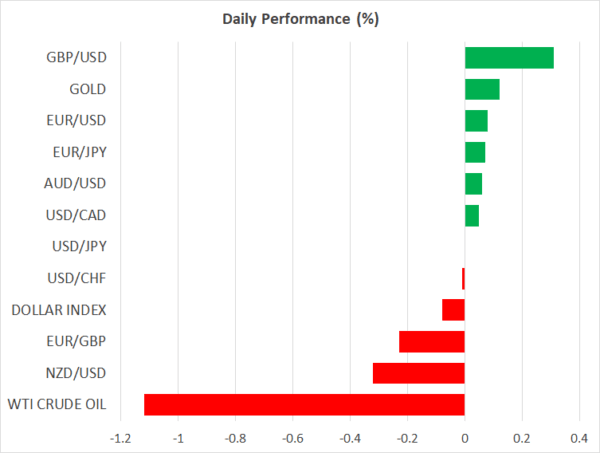 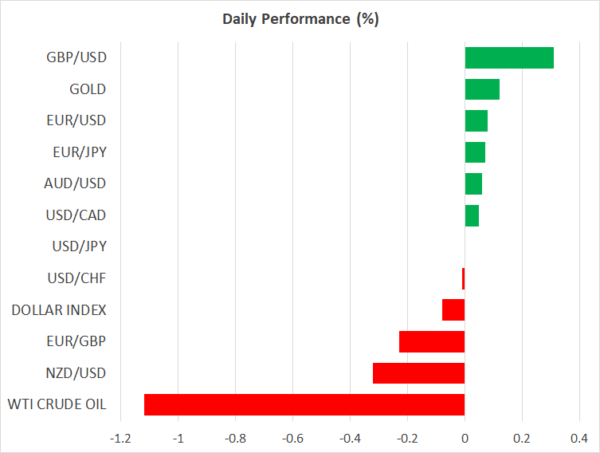 It’s a battle of narratives

Global markets appear trapped between conflicting drivers, with rampant optimism for a vaccine painting a brighter picture for next year but surging infections and fading prospects of powerful fiscal stimulus keeping the animal spirits in check. Investors can now see the light at the end of the covid tunnel, but there is still a long and taxing grind before we get there.

Most of Europe is in partial lockdown and America is quickly moving in that direction, with hospitalizations rising rapidly this week, leading several states and cities to impose fresh restrictions that will inevitably hit the recovery. Rubbing salt on this wound was news that the White House will step back from negotiations for a new relief package, leaving Congress to figure it out alone.

This means that the chief negotiator for the Republicans is now Mitch McConnell, who reaffirmed yesterday that the relief amount should be around the $500bn he previously called for, a very far cry from the $2.2 trillion the Democrats want. In other words, more stimulus may be coming, but it will probably be peanuts compared to what was on the table before the election.

Stocks undecided, but yen still down

This battle of narratives is keeping the stock market on edge, with the S&P 500 surrendering more of its vaccine-driven gains yesterday. It is a different story in the safe haven arena though, where both the yen and gold remain much lower for the week, pressured by the spike higher in global bond yields.

The Bank of Japan has a yield curve control strategy in place, so when global yields rise, Japanese yields cannot really participate, making the yen less attractive from an interest rate differential viewpoint. Something similar is true for gold, which loses its appeal the higher global interest rates go, as bullion pays no interest to hold.

But in the same logic, the spike in US yields has been a boon for the dollar, which is set to end the week higher against the euro. Cable is almost flat, with the Brexit optimism that carried the pound higher lately fading a little amid reports the two camps are still miles apart on fisheries. That said, it’s difficult to envision a Brexit deal falling apart because of fishing rules, when both economies are already staring into the abyss of a double-dip recession.

What’s next from here?

The debate now is whether all the ‘good news’ has been priced in, leaving markets vulnerable to any negative headlines, such as more US states tightening their grip on social life to rein in the raging outbreak or a wave of defaults as fiscal support expires. The other risk is the Fed getting cold feet now that a vaccine is on the radar, but remarks from Chairman Powell yesterday suggest his central bank will focus more on the short-term evolution of the virus.

Hence, Powell kept the door open for more action in December. While the prospect of more liquidity is positive for the markets in the near term, it is unlikely to do much for the real economy. At some point, more and more liquidity is like pushing on a string – the benefits are minimal, and the risks increase.

All told, it is too early to put the covid story behind us and it probably won’t be plain sailing from here as we approach year-end, though the vaccine news certainly diminishes some risks for next year.