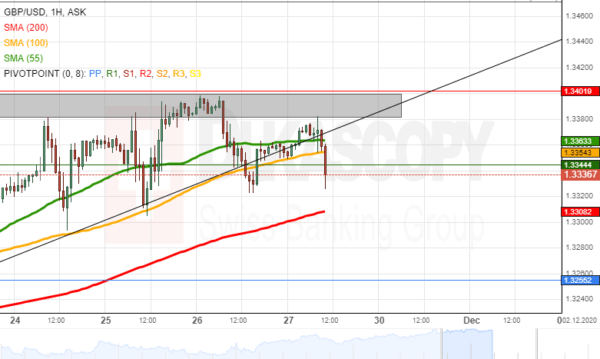 The resistance zone of 1.3380/1.3400 continued to hold on Thursday and Friday. The resistance caused a breaking of the supporting trend line and the 100-hour simple moving averages, which pushed the rate up.

By the middle of Friday’s GMT trading hours, the currency exchange rate had retreated below the support of technical levels that were located from 1.3344 to 1.3363.

In the near term future, the rate was expected to test the support of the 1.3320 level and the 200-hour simple moving average, which was approaching the rate from below.

In the case of these support levels holding, the rate would retrace up and test the 1.3344/1.3363 resistance levels. On the other hand, the pair could decline below the support levels and reach for the pivot point at 1.3255. 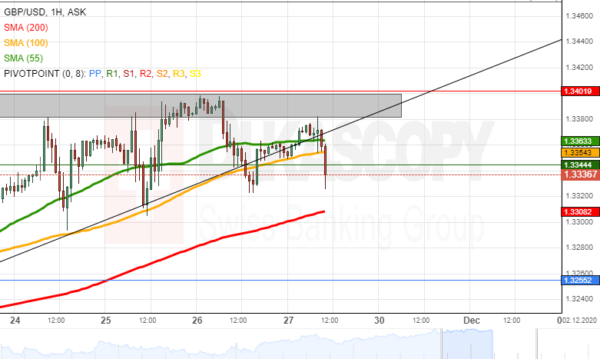