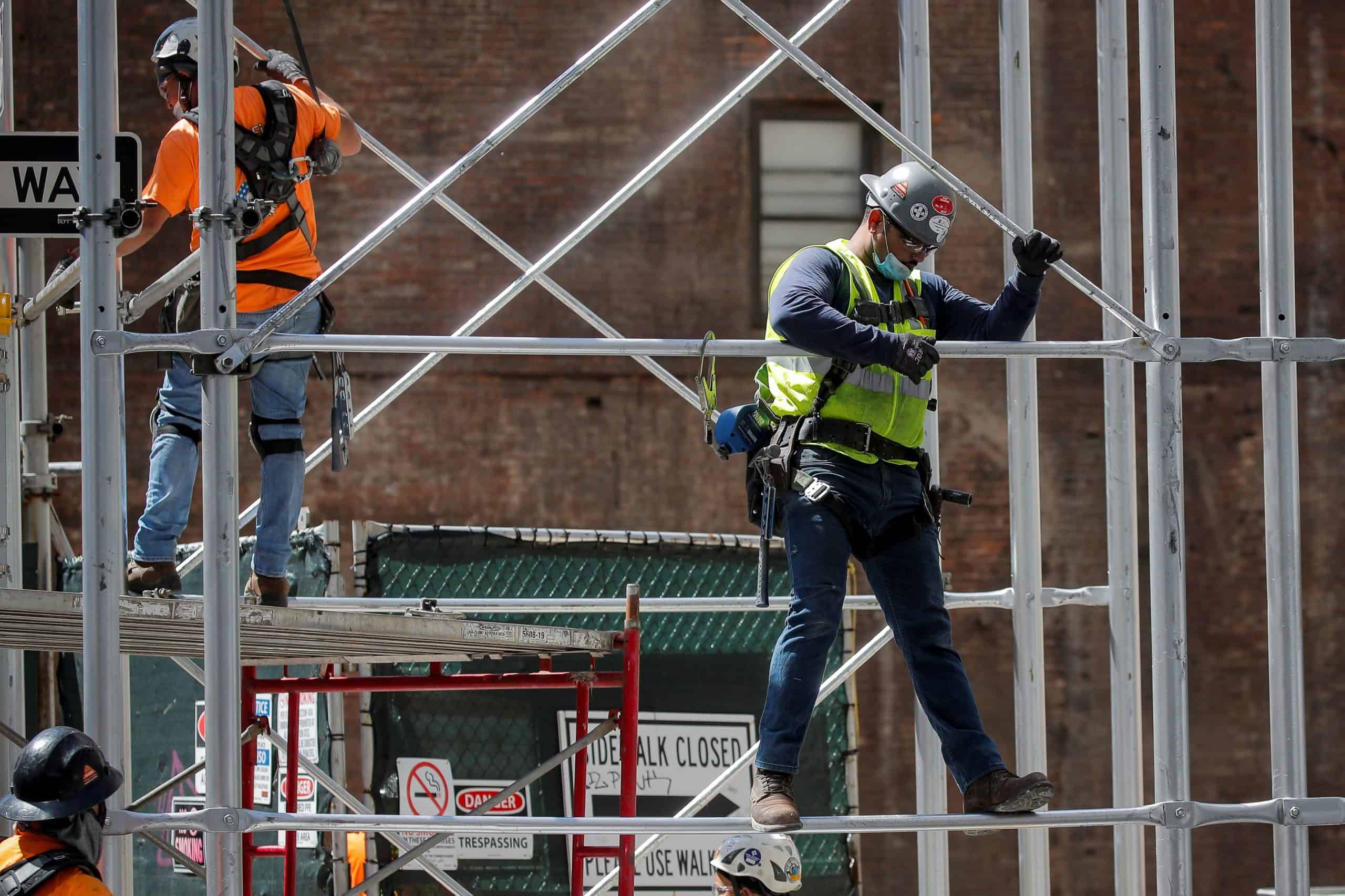 Job gains in November are expected to be weaker than in October, reflecting the impact of virus-related shutdowns by states and local governments due to the record spread of Covid-19.

Economists expect a consensus of 440,000 nonfarm payrolls were added in November, and the unemployment rate fell to 6.7% from 6.9%, according to Dow Jones. The total number of payrolls is likely to again be impacted by a sizeable drop in government jobs, due to layoffs of census workers by the federal government and cost cutting at the state and local level.

November could also be the last month to show significant job gains, until mid or late first quarter, when a large number of Americans should be vaccinated. Pfizer expects to begin providing its vaccine later this month, once it receives FDA approval, and Moderna is expected to receive approval soon after.

The employment report is released at 8:30 a.m. ET Friday.

In October, there were 638,000 jobs added, but government payrolls lost more than 260,000 positions. There are a wide range of forecasts for November with Bank of America expecting just a total 150,000 payrolls and others as high as 700,000.

“What we don’t know is when restrictions started to bite,” said Michael Gapen, chief U.S. economist at Bank of America. Many states have had travel advisories in place, urging visitors to quarantine, and some have added restrictions to both indoor and outdoor activities, to limit the spread. Los Angeles this week, for instance, issued new stay at home rules, and California could announce further state-wide restrictions.

“They started to go in around the middle of the month,” said Gapen of the latest round of restrictions. He noted the government’s mid-month survey week for the jobs report could have been impacted by the shutdowns. Gapen expects 550,000 payrolls were added in total, when including the loss of 100,000 census workers and 50,000 others from state and local governments.

“We think risks to our forecast are to the downside,” he said. He expects goods production and construction to seen hiring gains, but analysts do not expect the normal surge in seasonal jobs in retail and hospitality this year.

“Fortunately, people are still spending. They’re just doing more of it online,” said David Berson, Nationwide chief economist. “There’s a lot of non-internet firms that do online stuff. They’ve had to hire people and that will help take some of the sting away from what we think will be a pretty big drop next month in retail trade.”

Berson said the negative impact of the lack of hiring for the holidays is likely to show up in December’s report, which usually reflects seasonal hiring. Between that and the virus-related shutdowns, there could be job losses.

“December is the month in which we think it’s most likely the employment number could be negative, but it’s still temporary,” Berson said.

Gapen expects the weakness to continue past December. “We suspect that December and January are pretty weak months,” he said